Growing up is hard enough but add to it the problem of LGBT bullying and life can become very difficult and painful. The issue of LGBT bullying has been around for many years, but up until recently, it was not well addressed or discussed. It is high time to end the silence and stop the pain and suffering once and for all.

These labels of Lesbian, Gay, Bisexual, and Transgender are simply words and do not wholly represent all that makes up each person and their unique gifts. These words represent one small aspect of who someone is, not the full person. As a society, we need to look beyond judgment and choose acceptance and equality instead, by taking a good hard look into ourselves to find out what in us we need to change to find acceptance with all others.

2016 was a pivotal year for the LGBT community with the legalization of same-sex marriages, which seemed to indicate a change in mood around equality. But then with the election of a very anti-LGBT government, sadly, 2016 was also the most violent year for the LGBT community racking up more deaths than the previous twenty years. Shrinking legal protection and support programs further added salt to the wound.

Despite the increase in violence and federal and state opposition, support for the LGBT community is strong with the younger generation and growing among older age groups. It is encouraging to see that the more common the conversation is, the more acceptance that is gained. But there is still a long way to go for true equality among all people.

LGBT Youth Demographics in the US 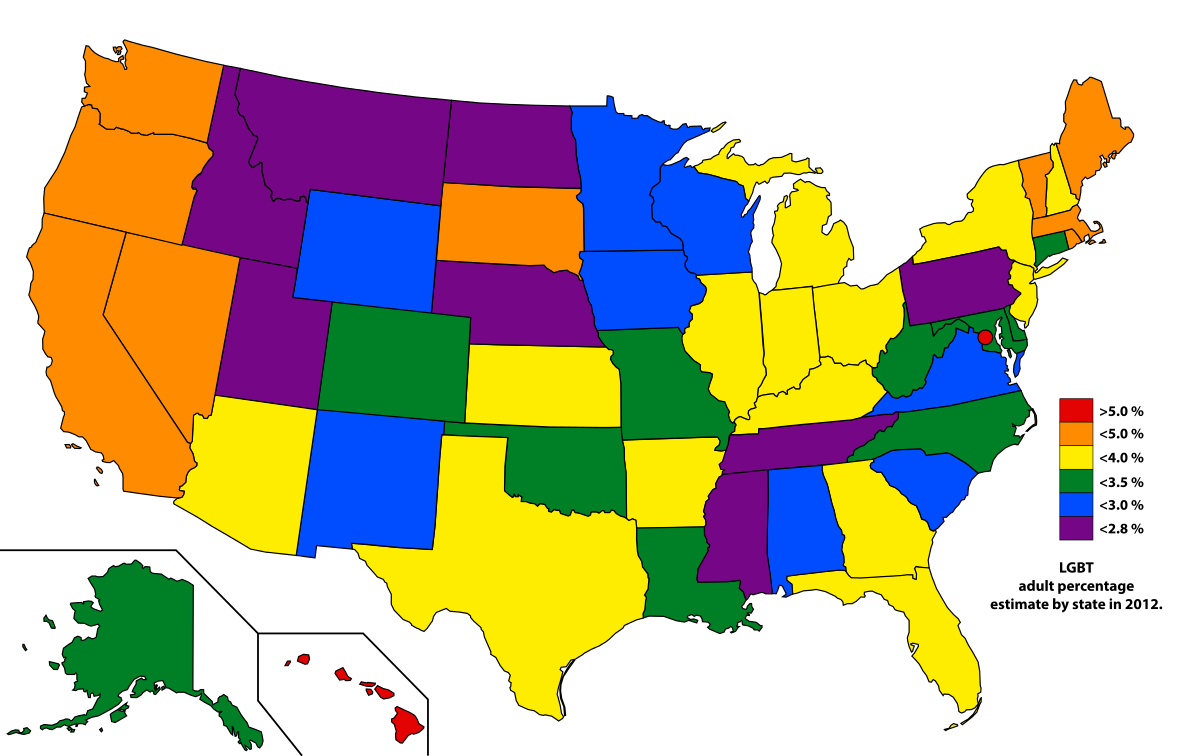 A quarter of all LGBT people are under the age of 25. Washington D.C. has the highest percentage of individuals who self-identify as LGBT, 10.8 percent of the population. 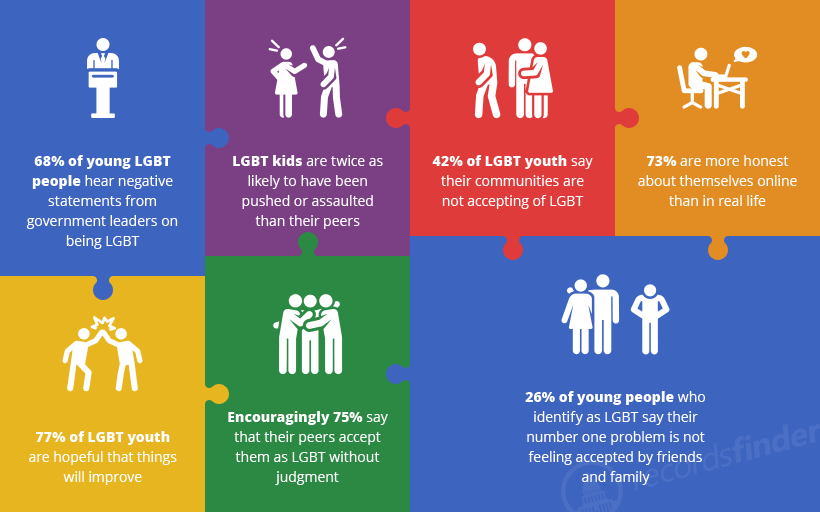 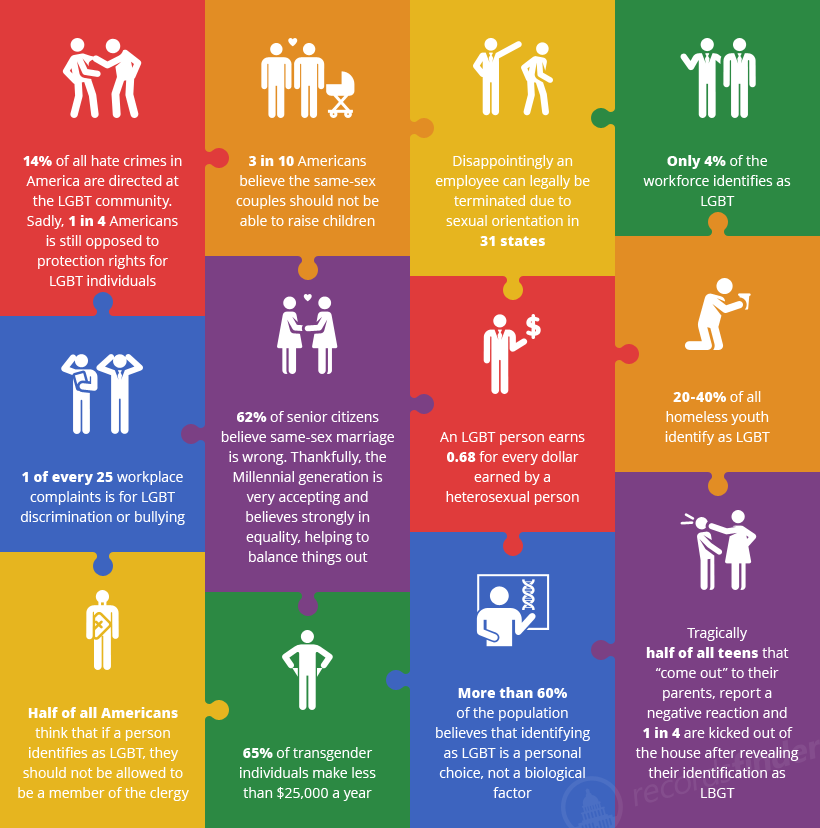 Timeline of LGBT Rights in the US

The more we know about a subject, the better equipped we are to handle it with compassion and grace. If you are in a position of supporting or helping young people then the more you know about acceptance, the better you will be at providing a safe space for all young people, regardless of sexual identification.

The most important thing you can do is listen. As an adult, we often tend to think we know better, but we are not growing up in their shoes or in this time. Things were different when we were young so listen and allow young people to express their true feelings without judgment.

Do your research to fully understand the challenges that young people who identify as LGBT, face in today’s school, home and workplace.

When talking about sexual education, be sure to include the differences so that LGBT individuals do not feel excluded or singled out; watch out for outdated sexist language. Cover all your bases with as much information but also compassion as possible.

Be a person of support for LGBT young people. Let them know they can trust you and you are an ally, standing up for their rights as individuals and equals.

How to Protect Yourself if You Are LGBT

First and foremost, you have rights to privacy, and you do not have to disclose your sexual preference or gender identification to anyone. You also have a constitutional right to freedom of speech if you do want to be openly gay and express yourself as such.

Regardless of the laws that protect you, to be safe, follow school and after-school activity rules. Keep your temper in check and be respectful of others and their opinions.

Document everything that happens and if you are a victim of bullying or harassment or other violent behavior, report it immediately.

Keep yourself informed, don’t believe what teachers or school administrators tell you. Their “rules” may not line up with what is legally acceptable.

Be sure you come out when and to whom you want to. You never have to disclose your private, gender identification or sexual preference.

Control when you speak with close friends or family and do so with respect. Let them know you include them in this part of your life and you are proud of you who are. Do not feel ashamed or guilty; you are doing nothing wrong. You are honoring them by trusting them with your truth.

Be sensitive to other people’s reaction and give them time to process and respond however they need to, negatively or positively. But let them know you love them and that is why you are sharing this with them.

If you feel nervous, consider having a close friend with you for support.

Have supportive people on hand to talk with after sharing your news in case things don’t go positively.

Remember to love and accept yourself completely and allow others too as well.

If you are the victim of an LGBT crime, first you should seek medical assistance if needed. You may then want to consider reporting it to the authorities and pressing charges.

After a violent or particularly traumatic incident, you might want to contact the Violence Recovery Program (VRP) for support. Also, surround yourself with supportive friends and family.

Throughout, document the entire account of everything that has happened including pictures of any injuries.

In some cases, with harassment or attack, you may also have the right to a civil lawsuit if you choose. Contact an LGBT support resource for more information and additional steps to take.

There are a variety of great LGBT resources and support services. We have compiled a list for you here:

Resources and assistance for LGBT youth