Cyberstalking and its Dangers

Cyberstalking is the process of harassing and threatening another person by using communications equipment like telephones, computers, and wireless transmission technology. State and federal laws prohibit cyberstalking, but some have very specific provisions that can be hard to prove. One of the most common types of cyberstalking is currently called sexploitation, which is threatening to release compromising photos of the victim in sexual situations.

It is a federal crime, punishable by up to five years in prison and a fine of up to $250,000, to communicate a threat to injure another person. An injury can be difficult to define, particularly if the effect is simply stress related.

Colleges and school districts have also developed their own cyberstalking rules and regulations. These may include expulsion as punishment for making threats or attempting to ruin another student's reputation by posting harassing information on the internet. These rules extend beyond the school's doors to after-school activities and the students' personal lives. There have been criminal complaints against students who harassed others to the point of suicide.

Elements of cyberstalking may involve:

Sometimes cyberstalkers work in groups. They may target organizations rather than individuals, such as those whose political views they dislike. In one case, seven eBay employees targeted a Massachusetts couple who wrote in a newsletter about negative experiences on eBay. This coordinated group bombarded the couple with harassing deliveries that the couple had not requested, including a book about surviving the death of a spouse, which was deemed to be intimidation. 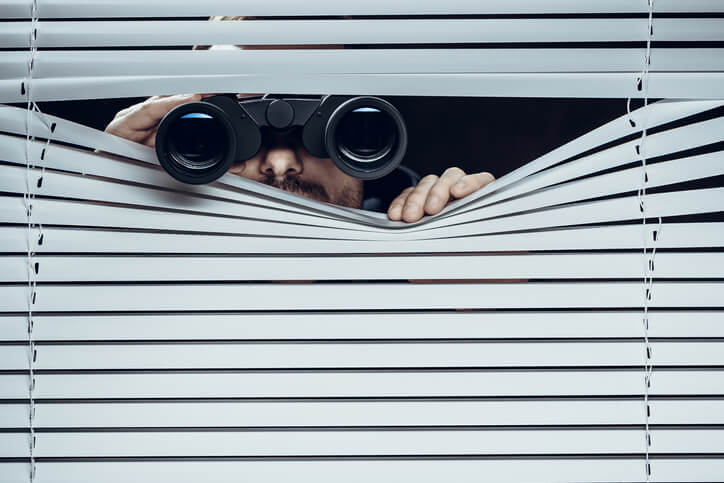 Is Cyberstalking a Crime?

Specific steps must be taken for cyberstalking to be criminal. The stalker must have an action plan, a specific target (victim), and the means to carry out the plan. Just talking about ways to harass or stalk another person isn't illegal.

How to Prevent Online Internet Stalking

Preventing cyberstalking is not always possible. Try to limit the amount of personal information that any stalker can find out about you by removing that data from social media, such as your birthday, family connections, and information about where you live, your work, and school. Turn social media post security to "friends only" and limit those connections to people you actually know. Use public records tools, such as reverse email lookup tools to find out the legitimate sender.

Don't loan your phone or computer to anyone you don't know well. Doing so may allow a potential stalker to attach a keylogger or GPS tracking app to your device. These allow access to your passwords and location. If you use computers in a library or other common area, log off from all programs and email accounts before leaving. Others may be able to hack your email and associated accounts if you have not completely logged off.

Turn off the "geotagging" feature for photos taken with a smartphone. This information can be gleaned from social media posts, leading a stalker to the locations where you spend time. Also, don't make social media posts about your plans to attend an event in the future.

Never engage in sexting, even in a relationship, because those photos can be forwarded to others instantly, including sending them to an all-school or all-company email.

Report cyberbullying to police or campus officials before it goes too far.

In a famous 1994 cyberstalking case, Jake Baker, a University of Michigan student, was charged with breaking federal cyberstalking laws when he wrote and sent by email a fantasy about a violent sexual attack on a woman who had the same name as a college classmate. While the email exchanges Baker had with a friend described planning a vicious attack, the court decided that the communications did not rise to the level of a specific threat, and Baker was acquitted.

Experts say that the effects of cyberstalking can be long-term and debilitating to the victim. Symptoms of high stress often cited in such cases include inability to sleep, poor grades in school, attention issues, and abuse of alcohol or drugs.