Dealing with Abandoned Cars in Your Neighborhood 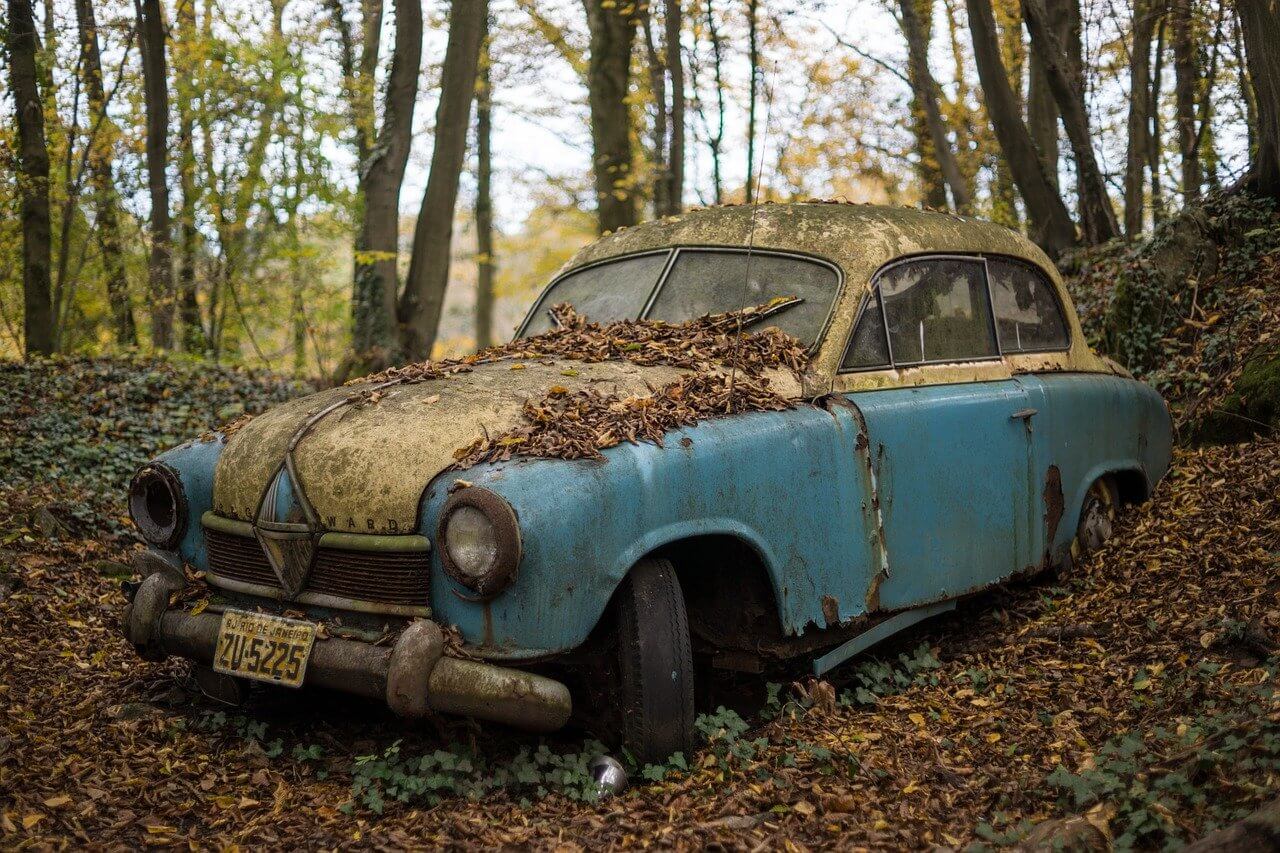 Abandoned vehicles can be an eyesore, they may depress your property value, invite crime, and create environmental hazards. But there are solutions – and there can even be a payoff for someone who puts in some effort.
Using a VIN check tool and public records you may clean up nuisance abandoned vehicles that are on public land. Each state has its own laws regarding what constitutes an abandoned vehicle, as well as methods for dealing with vehicles on private land. If abandoned vehicles are an issue in your area you should investigate state laws and inquire at the local police or sheriff’s office about enforcing them.
There are penalties for abandoning vehicles, including the state refusing to renew the owner’s driver’s license or registration. The city of Worcester, Massachusetts, levies $500 fines on owners of vehicles that have been abandoned and towed. If the fine goes unpaid the state suspends the owner’s ability to register any vehicle or renew his driver’s license until the fine is paid.
The issue of abandoned vehicles is a problem in every state. In Louisville, Kentucky, officials estimated there were 4,000 abandoned vehicles lining city streets due to a towing moratorium and no space in the city tow lot. Citizens there complained that the vehicles contributed to urban blight, attracted drug dealers, and made the streets less safe for walking.
In Richmond, Virginia, a man fraudulently gained title to several vehicles by filling out paperwork that said the cars were abandoned. In some cases he was awarded the title and took possession of the cars before the owners knew what was happening. Police said they could not pursue the vehicles as stolen because the man had claimed legal title to them through the process set out by the state Department of Motor Vehicles.

What Is an Abandoned Car?

States classify vehicles as abandoned when they meet certain requirements, such as whether they’re registered and insured, if they’re damaged, how long they’ve been parked, and if they’re an eyesore or public nuisance.
New Jersey, like a lot of states, differentiates among vehicles abandoned on private property, those on public property, and those abandoned at auto repair businesses. Customers who leave vehicles at auto repair businesses more than 60 days after the owner has been contacted may have their vehicle auctioned by the business owner. The state has a separate but similar process for having abandoned mobile homes auctioned or removed.
The City of Chicago has a strict definition of abandoned vehicles, not differentiating between those left on public or private property, as long as the vehicle has been without license plates for more than two days and has not been moved for at least a week. In 30 years more than 500,000 derelict vehicles have been towed and scrapped through the city’s reporting and reclamation program.

Steps to Getting an Abandoned Car Removed 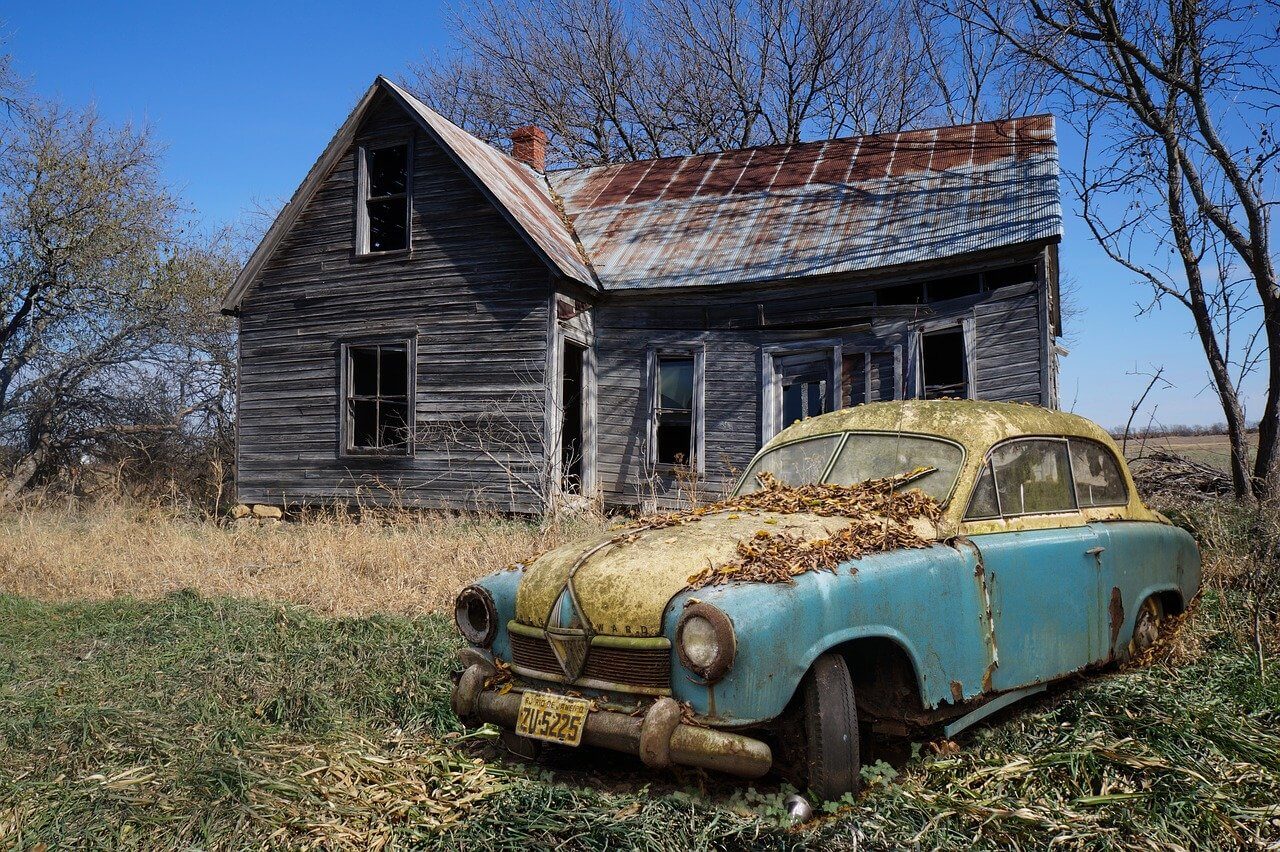 In Florida, you may report a vehicle as abandoned, then when police have it removed, use the VIN number to determine the owner’s name and address through past registrations and, most likely, with the aid of the Department of Motor Vehicles. There is a detailed process for trying to contact the most recent owner by registered mail, advertising in the newspaper, then applying for the title in your own name. This process must be followed precisely and within a specific time frame because states often auction or sell such vehicles for scrap. If successful, you may own an abandoned vehicle without paying much other than the cost of a replacement title and attempts to notify the former owner.

How to Report Abandoned Cars?

What Happens to Abandoned Cars?

Cities and states have varying rules about abandoned vehicles. Some will attach a sticker to the vehicle (such as one left on the side of a highway) that notifies the owner that the vehicle may be declared abandoned and gives a specific period of time for it to be moved. If the owner does not respond to the police notice the vehicle is towed to an impound lot. Here the owner is notified using the VIN number and/or registration if license plates are intact. Again, the owner has a specific timeframe to respond, and if no response is forthcoming the vehicle may be auctioned or sold for scrap by the city.

Where to Find Abandoned Cars?

If you believe your vehicle has mistakenly been towed as an abandoned car, contact the law enforcement offices in your area to report it missing. If you’re interested in purchasing an abandoned vehicle you may query the state or local police or the state department of motor vehicles to determine what is done with abandoned vehicles. Most that are in operating condition are sold through auctions handled by private companies. Some municipalities allow tow companies to keep abandoned vehicles, making it more difficult to find a particular one.

How to Claim Abandoned Cars?

If you seek to claim an abandoned vehicle before it goes to auction, check with the local department of motor vehicles for the specific steps involved. In general, you must:
get the VIN number to trace registration through the DMV and contact the owner;
take specific steps to notify the owner that the vehicle has been towed;
apply for the title.