What Happens When You Get Arrested

Being arrested can be one of the most frightening and traumatic experiences, especially for first-time offenders. In the United States, arrests are an ordinary and everyday event. In 2020, about 7.63 million arrests were made, which is about 20,900 arrests daily.

The secret to getting through the arrest process is staying calm, following the police’s instructions, and protecting your right to remain silent if your attorney isn’t present. This article will discuss what happens when you get arrested and much more. 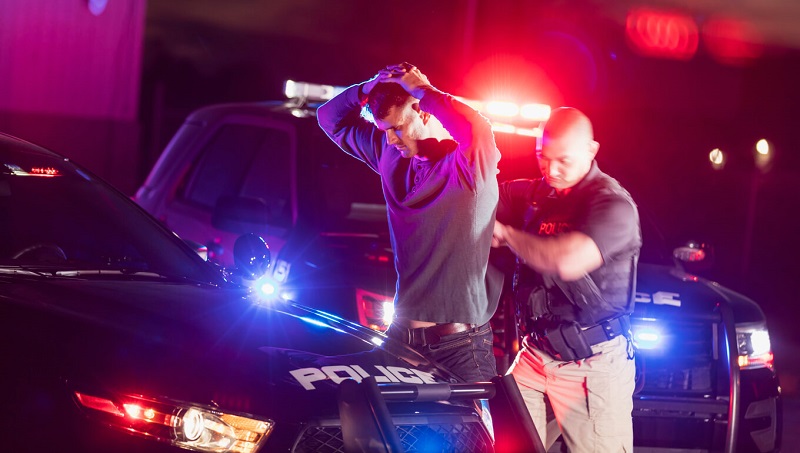 Difference Between Arrest and Detainment

Detention and arrest are two ways that police can legally hold someone. There is usually a lot of confusion surrounding these two terms. This is because the two scenarios are pretty similar.

They both involve police holding one against their will, even if they have a good reason for it. Because of this, people often think that detention and arrest mean the same thing when they don’t. With that said, what are the differences between arrest and detainment?

It is lower than probable cause and doesn’t require anywhere near 50% certainty that the suspect is responsible for the said crime.

On the other hand, the police must provide solid evidence or valid proof that a suspect is guilty of the crime before they arrest. Without this hard evidence, they can only detain you.

2. The Severity of the Crime Committed

Detention is a temporary measure, and authorities usually detain a suspect for a limited period. After this period, the police officers can either release the suspect or arrest them, depending on the evidence gathered. In contrast, if police officers arrest someone, they can hold them in custody until someone posts their bail or the case goes to court.

During detainment, police keep the suspect in custody to interrogate them and find out the facts of the crime. On the other hand, an arrest is when police officers apprehend someone on suspicion of committing a crime.

What to Do After Getting Arrested

Most people don’t like encounters with the police, whether they’ve committed a crime or are on the right side of the law. They’re usually afraid of the personal, financial, and legal consequences the arrest can have on their lives.

This is understandable because arrest records are generally on background checks. In fact, for many people, an arrest can be pretty traumatic.

However, it is essential to keep a cool head in such circumstances. There's no harm in preparing for such a situation. This usually starts with knowing your rights and how to exercise them.

This section looks at what you should do after you get arrested.

1. Get a Qualified Criminal Defense Lawyer

Being arrested can be pretty stressful, considering the number of questions the police officers will ask you during the interrogation. People often think that the police will let them go if they explain themselves.

Never try talking your way out of the situation before talking to a lawyer first. You have the right to an attorney even if you cannot afford one. If you can't pay for one, let the police officers know, and the court will appoint a lawyer for you.

Immediately after your arrest, you should get in contact with your lawyer. The lawyer will advise you about all aspects of your case. Working with an experienced lawyer is the best way to ensure that the police don't deprive you of your rights and get the best outcome for your case.

After an arrest, the police officers will try and get you to talk to incriminate yourself. They are skilled interrogators, and they know how to ask questions to confuse you or make it look like you're lying.

Under the Fifth Amendment, you have a right to remain silent. Never divulge any information to the police officers beyond your name, address, and telephone numbers. The only time you speak should be to your lawyer.

3. Don’t Resist or Use Force

You don’t have a right to resist arrest, even if the detention is illegal. If you resist arrest or use force, you can face charges for resisting arrest or battery of an officer. What’s worse, you could even get injured in the process. If you feel the police officers arrested you without probable cause, fight in court and not in the street.

Remain calm and follow the police officer’s instructions. The police officers will release you and clear your name if you’re innocent. But, if the court finds you guilty and convicts you, the arrest records and conviction will show up on background checks.

After the police release you from arrest, you must behave while waiting to appear in court. Don’t break any laws or involve yourself in situations that could put the outcome of your case at risk. What’s more, don’t brag or talk to people about your case.

After an arrest, prepare yourself for your court appearance. Dress appropriately and behave in the courtroom. It would be best to prepare yourself financially to get a good criminal defense lawyer. It’s also a good idea to meet with a lawyer.

An arrest and conviction can have negative consequences. A criminal record makes it harder to find a job and housing. The first thing after an arrest should always be to contact a qualified criminal lawyer who’ll assist you with your case.