What is Anti Money Laundering (AML)?

Densely populated inner cities of the 1920s and early thirties were Mob controlled; New York and Chicago were, at their core, the era of a MOB Society. Organized crime groups were making so much money that they were forced to launder their cash and dispose of it through regular channels. The term laundering comes from the Mafia’s ownership of Laundromats in the 1920s and 30s.

Cash-only Laundromats were the business of choice for the Italian Mafia. It is reported that Al Capone was laundering so much money he had no clue where to put it until his laundromat came in. The FBI got wind of it and convicted Capone of tax evasion. 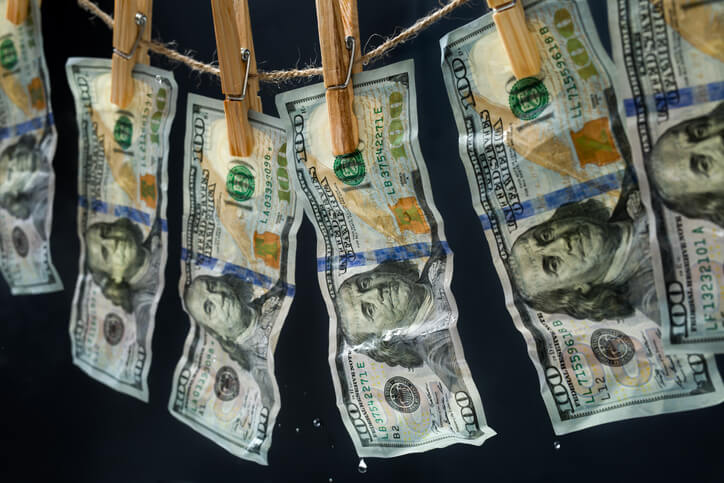 A big transaction money laundering scheme: funds are deposited into a legitimate financial system, sometimes in small chunks of cash. To create confusion, the money may be sent into an account by wire or cash, then deposited in several other discrete accounts. After sufficient movement, financial condition, and time, the fresh money is laundered back into the system through no-interest loans to criminals or other cash perks.

Dirty money from drug sales can be turned into clean hard cash in various ways, such as a nail salon or a car wash. Corporate Laundering takes advantage of all three stages; placement, layering, and integration. Corporate systems can use several transfers and other internal resources to conceal dirty money.

Money laundering accounts for nearly 2 to 5 percent globally, or nearly $2 trillion. Businesses that account for much of the laundering business are restaurants, nightclubs, and companies that handle large sums of cash. Nightclubs, casinos, trusts, and art galleries are great businesses to launder.

Savvy criminals always find innovative ways to dispose of money; however, criminals do not have the luxury of spending a lot of money without accounting for its source. Organized crime uses shell corporations to give the outside world a perspective of lawful money and profits.

Legitimate companies in the modern era must use every means possible to stay compliant and protect themselves.

The first significant tool in the fight against money laundering was the Bank Secrecy Act of 1970, also known as The Currency and Foreign Transactions Reporting Act. Most regulatory financial systems, protocols, and regulations are based on this BSA foundation. The BSA Act created a legal and legislative framework to prevent criminals from using financial institutions for hiding or laundering money.

Vast volumes of data collected by the BSA are weighing down financial institutions. The agency continues to criticize its guidelines for not needing a court order to access the data. Many third-party activists feel the agencies are ill-equipped to find needles in the haystack when investigating illicit transactions.

$25.3 billion per year; cost US financial service companies pay for anti-money laundering regulatory compliance. 2022 Compliance will top $56.7 billion in the US and Canada. No other crime activity commands as much attention from the government as Money Laundering. In Mob-related activities, Cash is King!

The most important tools against dirty money are the AML compliance rules for Banking and Finance. Financial Institutions accepting the rules and regulations of AML are legally obligated to follow all compliance regulations. Banks are highly susceptible to all forms of money laundering because of their daily transactions.

Banks worldwide have heightened customer identity due to the increase in online transactions. Financial infrastructures have been upgraded to provide a technological shift in detecting dirty or unclaimed money. Most banks have adopted emerging trends to become more secure. AI and machine learning are efficient solutions to the relentless rise of new directives handed down regularly. New security protocols have been developed because of the advancements in AI.

The international financial community fought against money laundering early in the process. In 2000, the International Monetary Fund expanded its work on anti-money laundering regulation. The IMF concerned itself with the consequences of laundering massive amounts of money. Risks to the stability of financial institutions, soundness of the system, and increased volatility of capital flows.