Best and Worst Driving Cities in the US 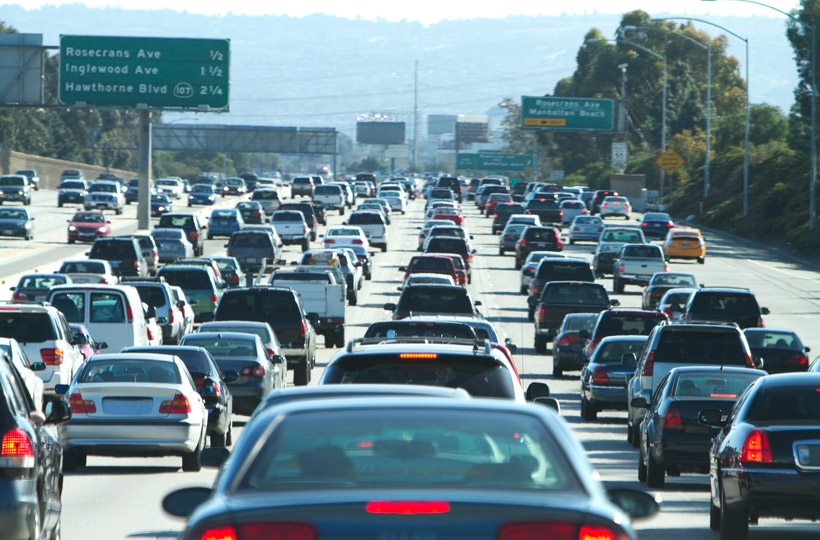 Congestion and the potential for accidents are agony for drivers in many of the country’s large cities. One would think that those two factors would go hand-in-hand because congestion indicates a higher probability of an accident, but the numbers don’t directly bear out that assumption.

Commuting in the U.S. consumes an average of 25 minutes each way, every day, or 200 hours per year, experts say. That’s five weeks of eight-hour workdays. And add to that another work-week’s worth of time, 41 hours, for creeping along in congested conditions. But cities with the longest average commutes aren’t always those with the most congestion: in 2017 the dubious honor went to East Stroudsburg Pennsylvania, where the average commute nudged 40 minutes each way.

These “best” and “worst” lists are compiled many different ways. Some consider infrastructure in the mix – and why not, when a bridge closure, malfunctioning public transit, or roadway construction causes additional delays, frayed nerves, and detours on a regular basis? Still, most of the same highly-populated cities appear at the top of the lists again and again.

Los Angeles tops the list for highway congestion, according to a number of sources. A typical evening commute on one of the city’s fabled freeways is a mind-numbing crawl in bumper-to-bumper traffic as the most recent data collected shows the roadways 80 percent congested during evening hours. There are more than 23,000 miles of roads in the county, including 508 miles of highways and expressways, but when faced with a documented 217.4 million vehicle miles driven per day, it’s just not enough. Residents spend between 26 and 30 minutes commuting each way, every day. One study says residents spent 81 hours in traffic in 2015.

Amazingly, this metropolis of 10 million residents, with more than 2,600 people per square mile, is 8th in some accounts of traffic accidents, with drivers experiencing a crash every 6.3 years on average.

Population density is only one of the factors in congested roadways; distance of commute is another, as well as local employers’ willingness to allow flexible hours and telecommuting. That flies in the face of tech hub San Jose, California, being second on some lists in traffic congestion with 75 percent clogged arteries during evening commutes as we’ve been lead to believe that the area’s big-name employers are leading the charge in improving the lifestyle of employees.

Honolulu’s commuter congestion was a hair under 70 percent, at 68 percent, by recent estimates. Residents there spent about 49 hours in traffic in 2015. It is the country’s 5th most dense area with over 1,500 people per square mile.

During after-work hours, Houston’s roadways were 68 percent congested. This is a tie with San Francisco, where bridges are the only routes for some travelers and commuters spent approximately 75 hours in traffic in a recent year. In another tie, Portland Oregon and Austin Texas have more than a laid-back vibe in common, as both have 61 percent evening congestion rates. Atlanta and Chicago share a 59 percent congestion rate, resulting in commuters in both cities being tied up in traffic an average of 60 hours per year.

Despite Los Angeles getting much of the attention for gridlock, the longest commutes are recorded on the East Coast, with the New York metropolitan area claiming several of the top spots in this category. The New York City and White Plains corridor as well as the New York to Newark, New Jersey routes both weigh in with average commutes of 35-37 minutes each way, with more than 30 percent of them commuting longer than the one-hour per day average. Commuters in this area average 73 hours in traffic each year. New York City is the most densely populated area in the country, even pulling commuter suburb Bridgeport, Connecticut into the fray as one of the most-congested cities according to one list.

Where you’ll Find the Worst Drivers

Boston drivers have earned their reputations as they are due to collide every 3.7 years, according to traffic accident statistics and driving records. Although the city doesn’t rate among the top 10 in congestion, some point to distracted driving as a key element in the high number of crashes on its streets. Others point to the city’s centuries-old maze-like streets that confound the uninitiated.

With handheld devices becoming ubiquitous for messaging and driving directions alike, distracted driving is blamed for more than 3,000 deaths per year.

Massachusetts as a State with the Worst Drivers

It’s possible that there’s something in the water in Massachusetts when it comes to poor driving: three of the top 10 spots on lists of worst drivers by accident rates are commanded by the state’s large cities. After Boston, the Western Massachusetts city of Springfield offers drivers a crash every 5.7 years on average, and the mid-state city on the hills, Worcester, sees drivers crash every 4.5 years on average. (You’d understand if you’ve experienced Kelly Square.) Just to the south, Providence, Rhode Island laps up a top spot with crashes every 5.9 years on average, which perhaps they can attribute to Massachusetts drivers passing through.

Baltimore and Washington D.C. Has the Highest Vehicle Accident Statistics

On the West Coast, the top ten most crash-prone areas include San Francisco, with accidents every 6.6 years on average, and the Los Angeles suburb of Glendale, with 5.8 years between crashes.

Best Places to Drive in the U.S.

When the cost of auto repairs, commuting time, auto theft rate, number of fatal car accidents, gas price, and insurance premiums are taken into consideration, Northern tier states with lots of open spaces win as the best places to drive and own a vehicle in the entire country.

Factors in the equation

Far from bumper-to-bumper commutes, high premiums, crazed road rage incidents, and highly-populated areas that yield more fatal accidents, the states with low repair costs and short drive times include Nebraska, Iowa, Idaho, and Wisconsin. Costs stay low for drivers because shorter, more fluid work commutes result in less wear and tear on a vehicle – and fewer opportunities to get into an accident. Crime is also relatively low in these states, so there are few auto thefts or claims for damage.  Other states that rank high on the “best places to drive” lists include New Hampshire and Vermont, North Dakota, Ohio, and Maine.

The outstanding attribute that put Iowa at the top of one list was the breathtakingly low average insurance premium, about $650 per year, according to one source. That’s almost half of the national average for insurance. Ohio’s average auto repair cost was around $350, landing it in the top three of one list, similar to its neighbor, Indiana. And Maine, a lightly-populated state with slim numbers of criminal records, rose to the top for its nearly-nonexistent car theft rate.

But one list’s good places to drive is another list’s worst places to drive. Texas ranks as the best state to drive in according to one organization’s metrics, which weighed repair costs, safety, and infrastructure, among other factors, while another gave Texas a failing grade due to costs of fuel, insurance, and repairs.

The safest city to drive in, according to statistics gathered by an insurance company, is Kansas City. Residents there average 12 years between insurance claims. Brownsville, Texas, took the second spot on that list, and Madison, Wisconsin, was third.

Despite the “wide open spaces” being a factor in the best places to drive, Montana and Wyoming, both states with a surplus of space, do not make the “best” list due to the high number of fatal auto accidents in each, some of which may be attributed to their selective 80-mile-per-hour speed limits on some highways.  The auto fatality statistic also bumps many Southern states off of the “best” lists, like Mississippi, Alabama, and Arkansas all have highway fatality rates of more than 20 per 100,000 residents.