Roughly 228.2 million U.S. citizens are licensed to drive. Federal, state, and local laws govern driving behavior. Typically, local and state police enforce driving laws in their jurisdiction. Some traffic offenses are crimes, and others are not.

What are Traffic Violations?

Traffic violations are when a driver operates a motor vehicle in a way that violates federal, state, or local laws. Local police monitor towns and cities, and state police monitor highways for drivers who violate the law.

When law enforcement spots someone driving erratically or violating the law, they will often use a license place lookup to determine a few pieces of information. That can include if someone reported the car stolen, who owns it, and see if the person has any outstanding warrants in their name before stopping them.

Traffic violations usually fall into one of three categories:

Each type varies in severity along with the punishment. Depending on the state, the classification of a traffic violation may be different than in another state. What might be a misdemeanor in one location could be a felony in another. Typically, the severity of a traffic violation dictates whether the driver hurt or killed anyone or damaged property due to their behavior. 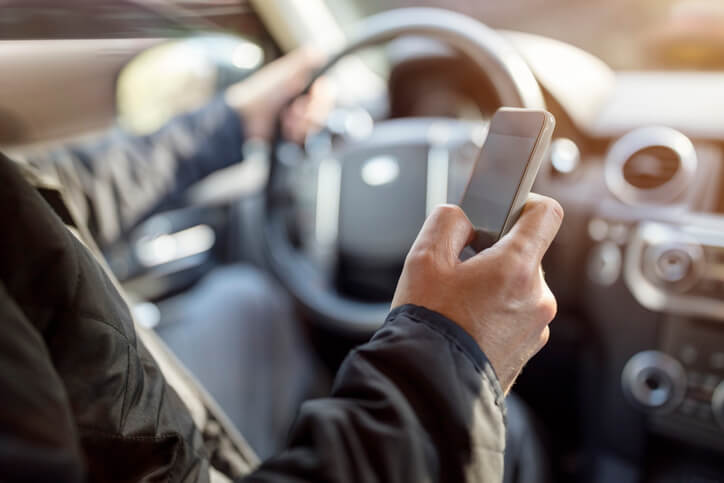 Another deeper classification of driving offenses is moving or non-moving violations. Moving violations refer to crimes committed while the vehicle is in motion. Some examples would be speeding, not stopping at a red light or stop sign, and reckless driving.

Non-moving violations refer to violations that drivers commit when the vehicle is not moving. Infractions such as parking in a no-park zone or having modifications to the car that violate state laws, such as tinted windows, a broken taillight, noisy exhaust systems, and illegal license plate covers, could all qualify.

Most traffic offenses are minor and punishable only by a warning or ticket. However, any driving offense that carries the penalty of prison or jail time is considered a criminal driving offense. These vary widely by state and severity. For example, many states classify reckless driving as a misdemeanor and others as a felony.

Some examples of criminal driving offenses are:

Speeding is a complex issue because if someone drives a few miles over the speed limit, they may only get a ticket, but if they go faster, they could end up in jail. Throughout each state, there are specific speeding laws, and some pertain to the type of area the person is driving in.

For example, speeding in front of a school or near a school bus is considered far more dangerous and will net the driver a higher fine. In addition, the faster the person goes (more over the speed limit), the higher the penalty; if someone goes 50 miles over the speed limit, the violation may turn criminal.

Law enforcement officers expect drivers to slow down and go slower than the posted speed limit in bad weather conditions. Law enforcement may stop someone and give them a citation if they violate this unwritten rule.

Another issue complicating the matter is when someone faces repeat convictions for the same crime. As a result, the court will sanction drivers with multiple DUIs much stricter than those first offenders.

Additionally, if someone commits a driving offense and hurts, kills, or damages property, the penalties will be harsher, and the offense elevates to a crime.

The penalty for traffic infractions/violations is usually a warning or ticket. The driver can choose to pay the ticket by mailing it in or dropping it off at the courthouse. They also have the right to fight it in court. If the officer does not show up in court on the day of the hearing, the driver will win, and the court will throw out the case. If the officer does show up, the driver must prove the officer was wrong and that he or she did not commit the infraction.

Penalties for more serious driving offenses involve fines (sometimes exorbitant amounts of money), jail or prison time, and community service. In addition, a judge may order probation or require the driver to take a safe driving course to avoid further driving offenses in the future. Anyone convicted of a driving crime must appear in court for an arraignment and has the legal right to a trial by jury. If they waive that right, the judge will determine their fate and set the punishment. The offender also has the right to an attorney to defend them, and the court must prove that "beyond a reasonable doubt" the driver committed the crime.

Drivers must understand and follow the rules of the road. If they do not, they will face the consequences, which are sometimes very serious. Each state has a government website (usually the Department of Motor Vehicles) where drivers can reeducate themselves on the driving laws in their area.