What customers are saying

"The agent was wonderful. She explained everything to me in detail. Thank you!"

"Tom was able to look up my account and resolve my issue with great professionalism! Thank yoi"

"They were very helpful. Answered all my questions and solved my issue."

"Excellent customer service, I had my concerns addressed immediately without any problems."

"Great help, Patient and honest. My customer care was clear about everything."

"records were very clear and easy to search."

"I had been researching for a lost information on a vehicle for over a month. Ran into brick walls everywhere. Record Finder did the job for me. Thank you so much."

"The rep was very helpful and the information was great. Thanks"

"They helped me find the information I needed."

"Excellent service with great ease of use. Very courteous and professional customer service as well."

"The lady who help me was very professional and helpful. She was able to find a solution to my issue I really appreciate her time."

"Customer service went the extra mile for me to correct a problem on my account and I am so very grateful."

"I worked with a wonderful woman named Rhea who was patient and understanding of my situation. If I am ever in need of your services again, I will not hesitate to use them."

"I am confident that Records Finder will be able to provide contact info on a missing person I wish to contact. I have used Records Finder several times in the past and usually with success. I recommend their services."

"I used Record Finder to find info on me. I really understand how important good info can be."

"The process was simple and straight forward. Accurate base on history and informative. Customer service representative was courteous and friendly."

"I had no problem with Record Finder and they helped me find the person I was looking for."

"BAM! Was able to find the owner of a vehicle!"

"Everything worked great! It was easy to use and operate! My on line chat person was awesome!"

"I was helped swiftly and accurately. The rep was courteous and respectful, and saw to my need immediately. Great Job!!"

"This is a very helpful site. I was able to access the site with ease and find the information I needed quickly and completely."

What Information is Available in Criminal Reports?

You can check someone’s drunk driving history online by using RecordsFinder.com. We help you uncover all the “driving while intoxicated” and “driving under the influence” information on an individual, including Arrests, Police Reports, Bail/Bond Amount, Court proceedings and Transcripts taken during hearings.

Get ready to search our massive incarceration records database. We gather data on all federal, state, and county incarcerations from millions of Jail Records, Prison Records, and Inmate Records. RecordsFinder.com reveals in a few blinks the Reason, Dates and Locationsof Incarceration plus more key details.

What are Criminal Records? 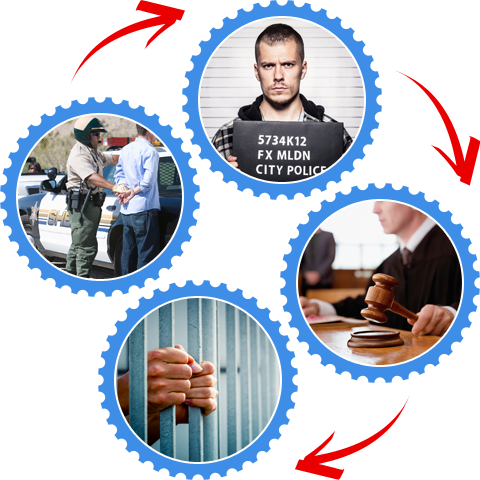 Beginning with an investigation or incident report, criminal records include arrest records, mugshots, search warrants, and any other documentation that leads up to a prosecution. Felony and misdemeanor court cases are established through this thread of records. Courts and prosecutors rely on investigation records to determine if a case can go to trial, and what level of crime was commmitted (manslaughter vs. motor vehicle homicide, etc.).

Investigation records support court records for a trial but may not be available to the public as they often include details about witnesses, crimes that are considered special status due to juvenile involvement or sexual or domestic assaults, or contain other confidential information.

Court records are often summaries of proceedings, whether that involves bail or being held in jail or by electronic monitoring, the motions made by both prosecution and defense, and the judge or jury’s decision. Full transcripts of trials, including witness testimony, are often available upon request from the clerk of court’s office.

A criminal record, found during a criminal background check, generally only includes the charge and sentence, related dates, and identifying information such as the person’s name, birthdate, and address.

Local records are sent to the F.B.I. database for national reference after a person is tried. Juvenile records are exempt from this process as crimes committed by someone under age 18 are not public record and are generally sealed from view when a person ages out of the juvenile justice system unless the crime committed is serious enough to be tried in adult court. 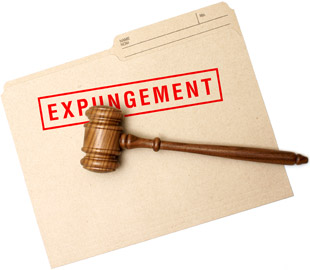 Many states allow individuals to expunge, or suppress, certain criminal records through a special process in which a judge or committee reviews the individual’s criminal record. Expungement is allowed under limited circumstances and generally only applies to those charges that were for misdemeanor, non-violent crimes or arrests that did not result in prosecution. Expunging records is accomplished by petitioning the appropriate authority after a period of time has passed without additional criminal activity.

Although expunging records blocks their view from most people, law enforcement officials and judges may still see records that are expunged. The information in expunged records can still be used against a person for subsequent punishment (such as the “three strikes” law).

Search over 2 billion records instantly. Easily find the information you are looking for with three easy steps- search, sign up, and view report.

We have one of the most comprehensive data coverages in the industry including state, federal, county, municipal, and private data sources.

With our unlimited search access, you can look up as many reports as you want! Others charge for every single search.

Millions of users rely on us to deliver accurate and current data for all their information needs.

The information on this website is taken from records made available by state and local law enforcement departments, courts, city and town halls, and other public and private sources. You may be shocked by the information found in your search reports. Please search responsibly.

Recordsfinder.com is not a “consumer reporting agency” and does not supply “consumer reports” as those terms are defined by the Fair Credit Reporting Act (FCRA). Pursuant to our Terms of Service, you acknowledge and agree not to use any information gathered through Recordsfinder.com for any purpose under the FCRA, including but not limited to evaluating eligibility for personal credit, insurance, employment, or tenancy.

Searches of license plate and VIN information are available only for purposes authorized by the Driver’s Privacy Protection Act of 1994 (DPPA).

The search you are about to conduct on this website is a people search to find initial results of the search subject. You understand that any search reports offered from this website will only be generated with the purchase of the report or account registration.

I Do Not Agree I Agree