Law enforcement roles come in many forms, and each type of officer will deal with different circumstances and responsibilities. The kind of law enforcement officer they become depends mainly on the area they patrol and the types of crimes they investigate. These designations span different rankings, organizations, and jurisdictions. Here are 13 different types of police officers and their specific responsibilities. 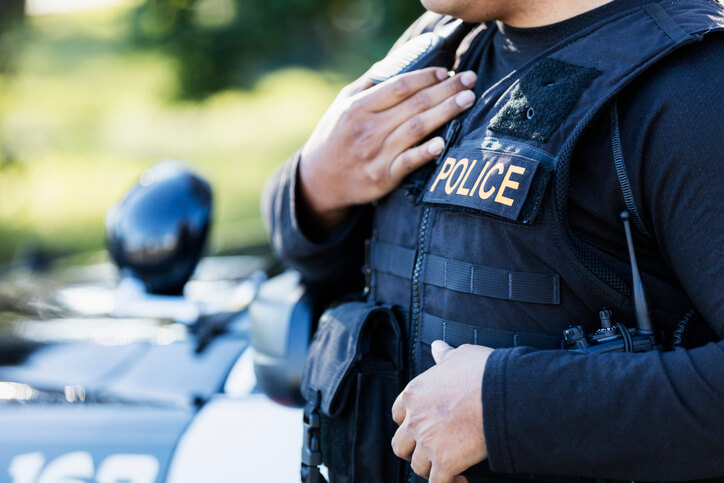 What are the Different Types of Police Officers?

1. State Police Officer: A law enforcement agent employed by the state will be in charge of patrolling the highway, responding to road accidents, and assisting local police departments. These officers are responsible for dealing with state laws and will often assist in local criminal investigations. State police officers are also responsible for issuing citations or warnings for traffic-related infractions, like speeding or driving with expired documentation.

2. Chief of Police: A police chief holds the highest position within a particular department but may continue to perform patrol duties or respond to the site of accidents. These officers oversee and direct all personnel employed within their department. This can mean creating and enforcing department policies, dealing with administrative tasks, facilitating officer training, and managing a budget.

3. Sheriff: Similar to a police chief, a sheriff is an elected position that places an officer in the top rank of their jurisdiction. For a sheriff, this jurisdiction usually falls within a single county. Sheriffs will also have deputies and uniformed police officers who they direct and supervise.

4. Uniformed Police Officer: The most commonly known type of police, a uniformed officer, is often seen patrolling the streets, conducting criminal investigations, and assisting citizens of a city or town. These officers can also have specific "beats" or areas they patrol. Uniformed police officers often work in pairs and may use a variety of ways of transportation. This can be in a patrol car, motorcycle, on foot, or even by horse.

5. Detective: A police detective is a higher-ranked position within a department, tasked with investigating crime scenes, speaking with witnesses, identifying suspects, and compiling evidence. A detective will take exhaustive notes about a case, putting together all available information in case they need to present it in court. Detectives may also participate in raids or arrests and can also open up cases that have been deemed inactive.

7. Transit Officer: Transit officers primarily deal with any public transportation within a city or town, patrolling the subway system, train stations, and bus terminals in an effort to prevent crime. These officers commonly deal with petty crimes like vandalism, theft, and trespassing, though they may have to respond to other incidents if they occur on or near public transportation. 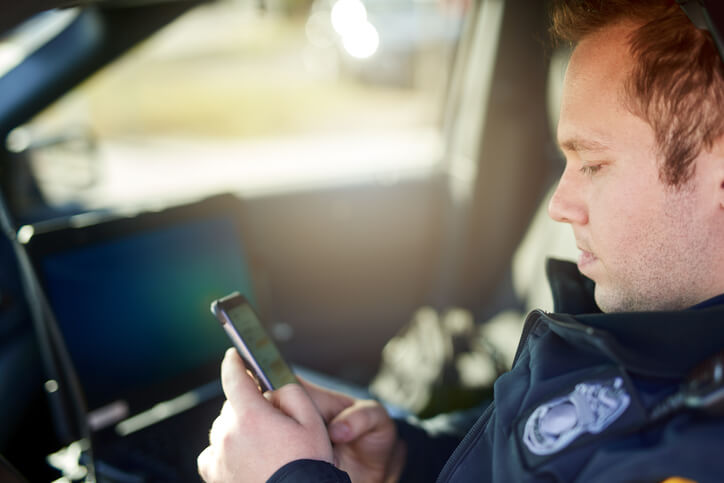 9. Crime Scene Investigator: Sometimes referred to as a forensic technician, a crime scene investigator is a uniform officer tasked with assessing different aspects of a crime scene. This can include gathering evidence, including fingerprints, footprints, and DNA. They will also analyze any materials they find at the scene and document all physical evidence they find when necessary. Crime scene investigators may be asked to testify in court if they need to explain a piece of evidence or analysis procedure.

10. Victim Advocate: Victim advocates are responsible for helping victims get the resources they need after a crime has occurred. These officers will also support the victims by giving legal or medical support and, if needed, help them prepare to testify in court. Once a trial is complete, advocates will keep the victims informed about any subsequent responsibilities or hearings.

11. Border Patrol Officer: Border patrol agents are responsible for monitoring state, coastal, and international ports of entry into the country. They primarily deal with smuggling and any other crime that involves crossing a border, including immigration violations and human trafficking. Border patrol agents also deal with acts of terrorism and will often confiscate weaponry that offenders may try to smuggle across the border.

12. Air Marshal: Air marshals are federal officers placed on commercial flights to watch for acts of terrorism and defend passengers in the case of an act of violence. They also conduct investigations and may be called on to assist other law enforcement agencies on a case. They undergo specific training for these roles through a 14-week course and are assessed to see if they meet specific physical and tactical criteria.

13. Special Jurisdiction Officer: A special jurisdiction officer is an umbrella term including all agencies tasked with working within a specific area. This can be university police forces, officers stationed at airports, police who patrol transportation systems, housing authority officers, and officers who protect government buildings. Special jurisdiction departments offer the same services as traditional police organizations, and officers within these departments have access to much of the same equipment and privileges.

Almost every type of officer must make detailed police reports, carefully documenting the facts and figures related to various crimes. These reports can provide you with all kinds of information, including arrest records, warrants, driving violations, mugshots, probation records, and sex offender status.

Citizens can access a version of these records through third-party services for a relatively small fee. Services that provide police records take data from all over the country, using information sourced from agencies on the state, local, and federal levels to ensure they are as accurate as possible.