Vehicle registration varies from state to state in several ways, such as those that require rigorous emissions testing, those with physical inspections of vehicles every year, and those that limit the tint one may have on the windows of their cars. Vehicle registration through license plates is also a way police may do a rolling background check on an individual.

License plates are the one constant feature that every state (and the federal government) requires, but even here there are subtle differences. Some states require one license plate, while others – the majority of states – require two, one in the front and one in the back. This uniformity is found nearly worldwide, allowing owners and officials alike to identify vehicles – and to track them. 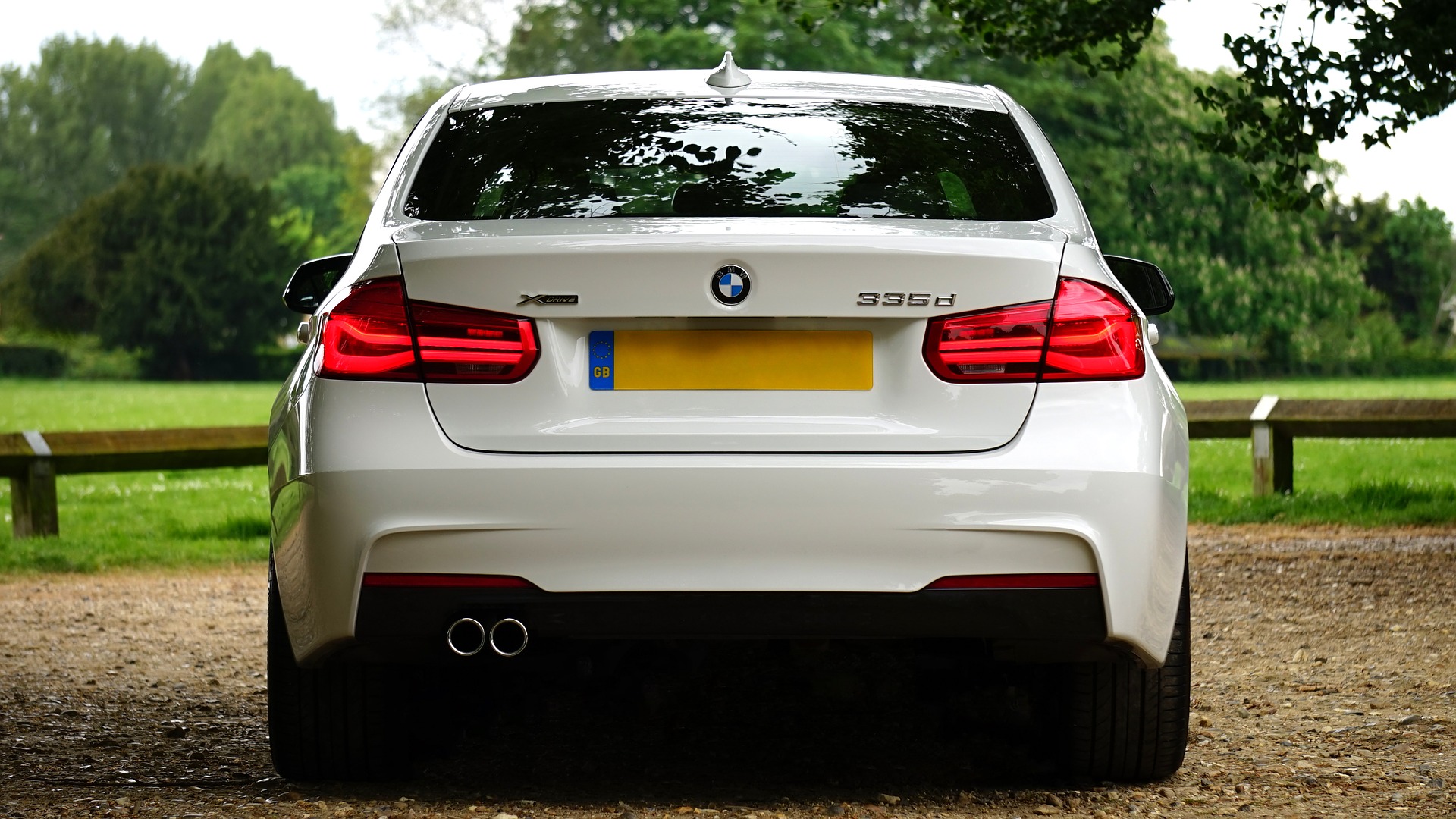 It doesn’t seem like a significant difference, but many people dislike any requirement for front and back license plates. Some sport or luxury vehicles do not make design allowances for front-end license plates, so the requirement irks those drivers who have to affix after-market tag holders, sometimes drilling holes into pristine and expensive bumpers to do so.

The Reasons Why Front License Plate Laws are Changing

With the advent of automated tolling, photography for traffic tickets at intersections, border crossings, and license plate scanning by police, it’s likely more states will begin to require front license plates, yet Ohio is bucking the trend by rolling back from two plates to one in 2020). A front plate allows such automated scanning devices more opportunities to identify and track vehicles. Many states allow the use of toll roads by vehicles without a specific electronic pass device attached because they are able to send letters demanding fees according to the license plate readers installed at certain intervals, which saves money over manning toll booths.

The federal government requires license plates for government-owned and operated vehicles as well as for many foreign diplomats. Diplomats however are exempt from U.S. laws including those that would impound a citizen’s vehicle, such as for speeding or unpaid parking tickets – unless they’re acquired in New York City or Washington D.C. where laws specifically require diplomats’ tickets to be paid.

Some of the pros and cons of motor vehicle registration and license plates include: 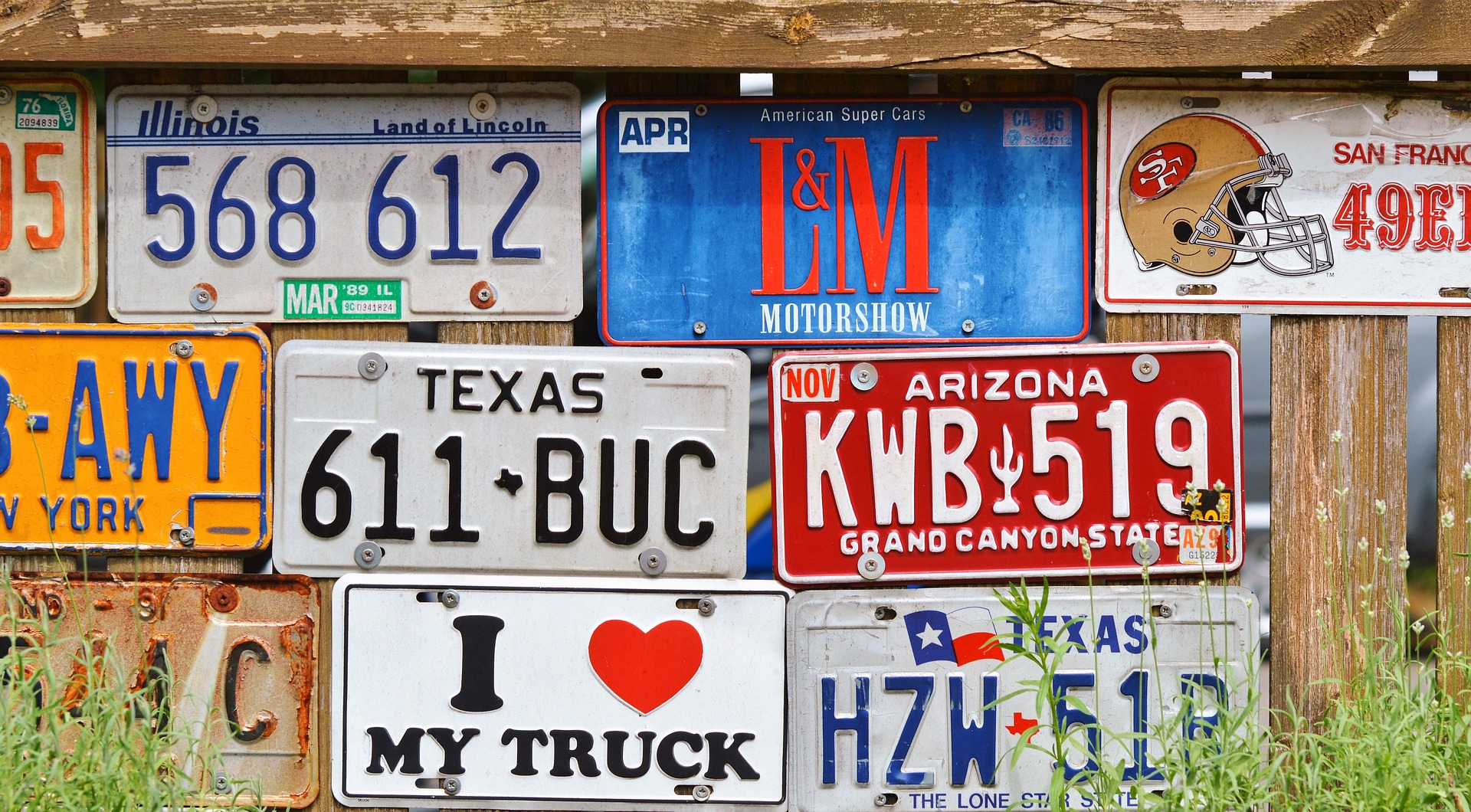 In 1901 the concept of license plates was new,  but there were only a few vehicles on the roads. Some European countries required plates starting around 1893, but the growth of the automobile industry was a clear sign that they were the wave of the future.

The first state to require some sort of vehicle identification was New York, which in 1901 was the owner’s initials. That only lasted until vehicles multiplied and the state had to initiate numbered license plates instead.

In 1903 Massachusetts was the first state to issue motor vehicle license plates, which weren’t standardized sizes or shapes until 1957. The bureaucracy of vehicle registration at the state level removed layers of local jurisdictions that were often overlapping and contradictory. When states took over registration and licensing, standardization of other road regulations followed, including speed limits, signs, and driving regulations.

Along with license plates all autos in the United States have since the 1980s had an additional identifying serial number known as the VIN or Vehicle Identification Number which is inscribed in the frame and often visible in a corner of the windshield. This unique string of 13 letters and numbers describes the vehicles model, make, year, and location of manufacture, making it a more reliable means of tracing vehicle history than registration documentation.