What Is a Sniffing Attack?

A sniffing attack is the theft or interception of data packets, where network traffic is captured using specialized tools. These tools are known as packet sniffers. Data packets carry a wealth of information, such as incoming and outgoing traffic. A sniffing attack involves illegally extracting the unencrypted data from this traffic.

With more people working remotely and students attending school from home due to the pandemic, the risks have become more emergent. As a result, sniffing attacks have gained more popularity among cybercriminals.

There is a need to work from a secure network to protect sensitive information. To protect yourself from this risk, educate yourself about sniffing attacks. Learn about the different types and how to prevent them. 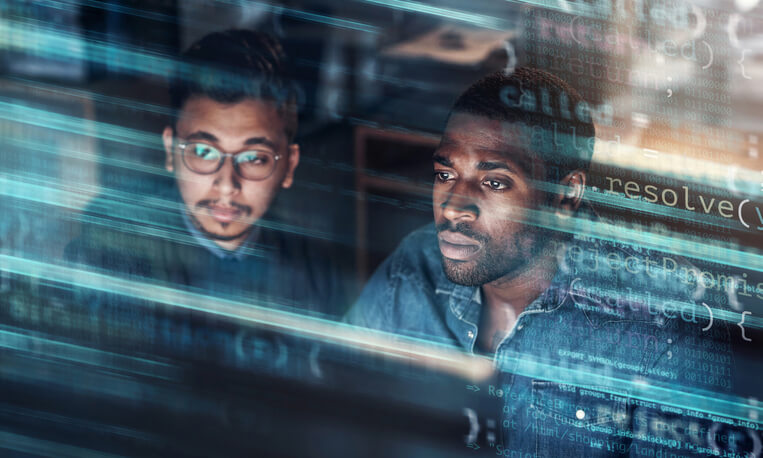 Initially, packet sniffers were only used by IT professionals and network personnel.This was for legal purposes such as optimizing network security. Examples include monitoring network traffic and security analysis.

Here is an in-depth look at the positive uses of packet sniffers:

Unfortunately, hackers found an opportunity to use packet sniffers for criminal purposes. Criminals use sniffing to steal information from email records or web traffic. As long as the network is unsecure, attackers will be able to steal your data.

Here are a few aspects of illegal sniffing tool uses:

Sniffing attacks are easy and efficient due to packet sniffing tools. Here are some sniffing tools that help them achieve these results.

Tcpdump is a command-line tool used to analyze packets. Using Tcpdump, you can intercept and monitor TCP/IP addresses across networks. Network specialists use Tcpdump as a tool to identify and fix network issues.

NetWitness NextGen is a hardware-based sniffing resource. This tool inspects and monitors all the traffic of a network system. Law enforcement agencies use this tool.

dSniff is a suite of sniffing tools. This tool performs packet sniffing using different protocols. It is usually used to snatch personal information.

BetterCAP is a powerful tool that hackers can use to perform MITM attacks. It can also manipulate HTTP, HTTPS, and TCP traffic. This tool helps force a network to believe the hacker's device is the router. Thus, when information is sent to or from the victim, it goes through the hacker's device.

WinDump is a Windows version of Tcpdump. It allows its users to watch, diagnose, and record network traffic. With extensive filtering, it can also display precise information.

Like BetterCAP, Ettercap aids in performing man-in-the-middle attacks. However, this tool can also perform network protocol analysis and security auditing. It runs on various Unix-like operating systems. These include Linux, Microsoft Windows, and Mac OS X.

It is essential to understand how sniffing attacks differ. Being knowledgeable in this will help you to identify and prevent them. There are two common types of sniffing attacks, active and passive. They vary widely in how they execute.

This type of sniffing attack seizes data packets by manipulating switch-based networks. A switch is a device that connects two network endpoints. The switch is used to forward data to specific ports. The network does this by using the port's media access control (MAC) address.

Passive sniffing affects wireless networks and hubs. Hackers use MAC addresses to locate the endpoints where the data is headed. Unlike active sniffing, they do not communicate with the target. This makes it challenging to detect passive packet sniffers.

How to Prevent Sniffing Attacks

A sniffing attack doesn't only steal sensitive data. Sniffing is frequently used to commit identity theft. Fortunately, there are measures you can take to prevent these attacks.

1. Do Not Use Unsecured Networks

A sniffing attack may occur when connecting to unsecured Wi-Fi networks. This is because attackers install packet sniffers into vulnerable networks. Cybercriminals can use this opportunity to steal bank data. This may include stealing the user's credit card information to make unauthorized purchases.

Encrypt your online activities and your data by using a VPN (virtual private network). This will enhance your security and make it hard for hackers to steal your data.

3. Scan and Monitor Your Network

This is a vital strategy to optimize your network environment. It will also help you identify the presence of sniffing attacks. Your organization or business needs to have a qualified team of ethical hackers and network administrators.

They should be able to penetrate, scan, and monitor the systems. You must check it periodically to identify network contingencies. This ensures that the business's networks are always safe.

Antivirus tools can provide you with around-the-clock protection. They protect you from viruses, malware, spyware, and other security threats. This can also help you get rid of viruses already on the system.

5. Use a Secured Protocol

You should always use a secured network protocol to avoid packet sniffing. You can never be too safe. If you already use a VPN, add additional protection such as extensions or add-ons in your browser.

Encountering a sniffing attack is frustrating. It threatens your security and sensitive information such as email records. So, it is essential to put measures to block these attackers. Once your security system detects them, they can be easily quarantined.