What Happens if You Violate Probation

Probation is a legal status given to those who meet a court’s requirements for conditional release rather than jail time. Lawmakers have recently recognized that incarceration should be reserved for dangerous people and not low-level offenders, so the use of probation has boomed as punishment for non-violent offenses like possession of illegal drugs, trespassing, and shoplifting. Probation violations are a primary reason that people spend time in jail. 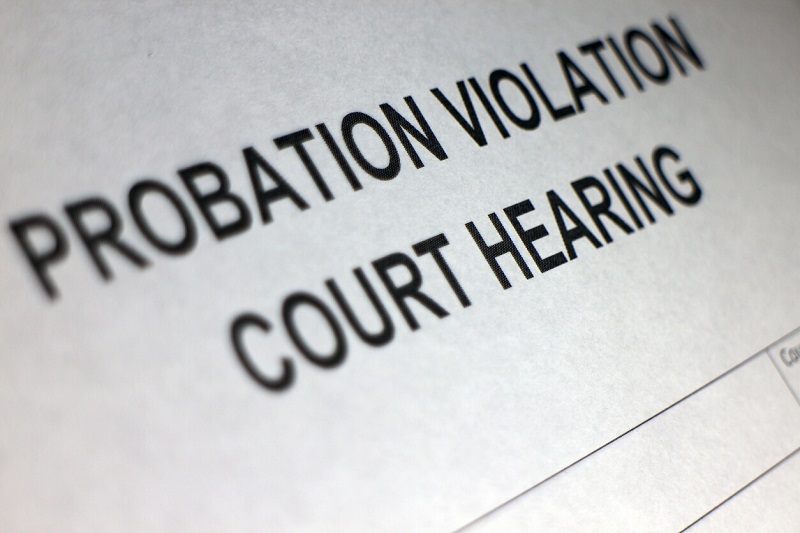 Probation is a type of court sentence, generally reserved for first-time or non-violent offenders. Individual courts set the rules for probation along guidelines set by their state courts. For instance, in New York a non-violent first-time felony drug possession may conclude with suspension of the multi-year prison sentence as long as the individual completes required drug abuse education courses and obeys probation requirements for a certain period. This allows the convict to continue working (in most occupations) and to live at home while making required reports to a probation officer.

Probation records are kept by the probation officer and the courts to confirm whether the individual has completed all of the requirements set out by the judge or magistrate in the case. In the event of a probation violation the judge reviews these records to determine how the violation is handled.

There are nearly 3.5 million people, or nearly 1 in 40 adults, on probation in the United States, each with a specific set of rules to live by. Some have actively supervised probation while others are simply waiting out the period that the judge or magistrate set for them.

Conditions of Being on Probation

There are several types of probation. Some are heavily supervised while others on probation are given minimal requirements for compliance. Much depends on the individual’s criminal history and the disposition of the case in question.

Probation isn’t always the entire criminal sentence. Oftentimes probation is combined with a diversion program, such as an intensive drug rehabilitation program. Another type of probation is called shock probation, in which an individual believed to be a good candidate for rehabilitation is sent to jail or prison for a brief period then allowed to spend the remainder of the sentence on supervised probation.

In a study of probation by the state of Connecticut, 51 percent of 650 individuals on probation had on average three probation violations. Those were most often technical violations that were handled with a reprimand by the probation officer.

The judge or magistrate sets probation requirements at the time of sentencing. These may include:

What Happens When You Violate Probation?

Probation violation hearings for serious infractions are trials, held before a judge and different from criminal court cases. The defendant, the probationer, is likely to be held without bond and generally does not have the right to a jury to make the decision, just the judge. The burden of proof is lower than in a typical trial and some elements of a normal trial may be waived (such as allowing hearsay testimony). Most states withdraw the possibility of future expungement of criminal records if an individual violates probation. In Florida a statute of limitations does not apply to probation violations: one may be tried on them at any time, but in California the violation must be reported and tried prior to the end of the probation period.

Probation is a high-stakes second chance. Although it is widely used in order to reduce the load on prisons and keep families together most states take it very seriously. Connecticut’s study showed that those who were paroled after prison sentences were less likely to violate terms of release than those on probation without prison sentences. A Council of State Governments study showed that one in four prison admissions on average is a result of probation violations, providing rationale for carefully-kept probation records and continued monitoring and improvement of the processes in place.