It's a difficult subject to discuss, but the death penalty is still very much a part of criminal justice in the United States. Various groups within the U.S. have made cases for and against this type of punishment, and the implemnation of the death penalty varies from state to state. While the public has shifted in recent years away from supporting these extreme measures, use of the capital punishment goes back all the way to America’s inception.

History of the Death Penalty in the U.S.

The first recorded use of the death penalty pre-dates American independence with the execution of Captain George Kendall in 1608; Kendall was found guilty of spying for the Spanish government and hanged. The use of capital punishment would continue throughout early U.S. history, with abolitionist movements pushing for bans all over the country. Three states outlawed the death penalty in the 19th century, and six more would follow suit in the early 20th century.

Then, in 1972, the Supreme Court case Furman V. Georgie invalidated the death penalty, citing it as “cruel and unusual” as per the eighth amendment. This put a hold on all executions until 1976. From then on, states could only reinstate the death penalty if they met criteria established by the Supreme Court and U.S. Constitution. Federal executions resumed in 1976, though there were many periods of time where no executions took place at the federal level. 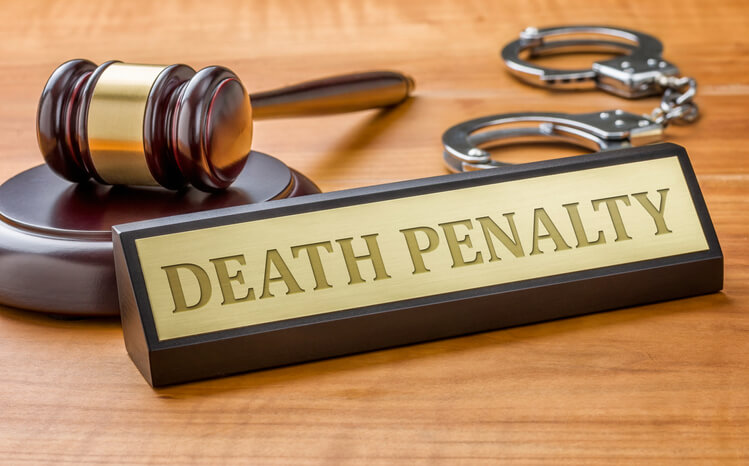 States That Still Have the Death Penalty

Twenty seven U.S. States currently have the death penalty, including:

Twenty three U.S. states have abolished the death penalty, including:

In states where the death penalty has been banned, the highest punishment that criminals recieve is life in prison with no chance of parole. This sentence can stack, with some prisoners receiving multiple concurrent life sentences.

The primary form of execution in states that utilize capital punishment is lethal injection. Lethal injection involves giving an inmate a chemical cocktail intravenously, usually a mixture of three elements:

Advocacy groups against the death penalty state that the lethal injection violates the 8th amendment and could be considered “cruel and unusual punishment.” There have been several incidents that support this. Two of the most noteworthy cases include Joseph Wood, a prisoner in Arizona, who took two hours to die after being injected with a chemical cocktail, and Doyle Hamm, sentenced to die in Alabama, who had his bladder and femoral artery pierced during a botched IV insertion.

These botched executions, increasing public support of abolishment, and tireless work by abolitionist groups have resulted in more and more states banning lethal injection and other execution methods. On a federal level, there is yet to be a precedent set for lethal injection to be considered cruel and unusual punishment. Three court cases have gone to the Supreme Court over this issue: Baze v. Rees in 2008, Glossip v. Gross in 2015, and Bucklew v. Precythe in 2019. Each time lethal injection has been upheld as a constitutional form of execution.

There are several other types of execution available, and some states will allow the condemned to choose how they wish to die. These alternative penalties vary depending on which state the inmate was charged in:

Can You Find Records of People Who Have Recieved the Death Penalty?

Any court records or arrest records that have been made public can be found through third-party services. These searches can even be conducted when the individual in question has received the death penalty. Court and arrest record searches can provide numerous details about an individual, including (when available):