One in every three US adults has a criminal record. In all states, crimes fall into two broad groups: misdemeanors (less serious crimes with more minor punishments) and felonies (more serious offenses with more significant penalties).

Many possible crimes against people and property are felonies such as murder, rape, kidnapping, or arson. 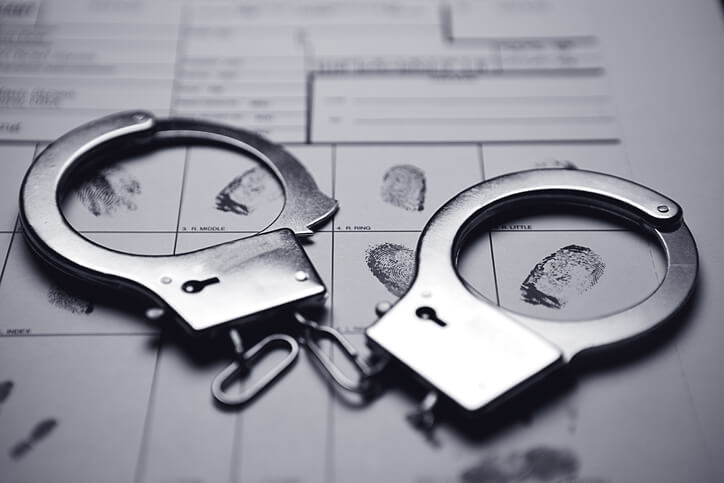 There are several common felonies; all incur punishments in the judicial practices of every individual state.

Said another way, these particular felonies will grant the offenders criminal charges in every state; the difference in punishment is thus the combination of the presiding case judge and specialized state guidelines.

Two hundred and forty-four thousand Americans are sent to prison annually for drug-related crimes; that means that one in five incarcerated people are in jail for a drug offense.

These crimes are typically property violations; they include the possession, use, or selling of a particular type or quantity of a drug.

Property crimes include burglary, theft, auto larceny, destruction of property, and arson. However, arson can also be a threat to people rather than property.

Driving Under the Influence (DUI)

Twenty-eight percent of traffic fatalities are due to drivers under the influence. This accounts for more than 10,000 deaths a year.

DUIs are typically considered alcohol-related, but other substances also fall under this category. Some states have thresholds that will increase punishment time, such as blood alcohol level or injuries done unto others.

These crimes have increased by +12% in US cities in the last ten years. This means that there have been about 309 violent crimes committed per 100,000 total crimes.

Violent crimes include murder, manslaughter, sexual assaults, and sometimes robbery. However, robbery is not typically within this group unless physical harm is committed or threatened.

Over 100,000 arrests related to liquor law violations occurred in 2019. These violations are lesser-known crimes because they do not typically get reported unless someone is hurt or killed.

Violators of liquor laws have given minors alcohol or substances that are illegal for them to have due to their age.

Offenses against families consist of a large number of unreported crimes. As a result, relatively few people get charged with this felony.

However, those who are found guilty of it typically have additional factors that the presiding judge may consider, including if the crime involved:

Along with felonies committed on people or property, they are also considered violent or non-violent. The difference is that most violent felonies have an added element of force to them (i.e., weapons, threats, or intentions).

There is a commonality of force with all felonies. However, the punishment of a felony crime falls on the shoulders of a case judge—who uses state guidelines to measure a ruling. This means that felony charges are rendered differently across state lines.

To further confuse things, states can create their own distinctions between offenses. Naturally, this means that some states choose to call them “classes” of felonies, while others may call them “levels” of felonies. Additionally, these classes are not transmutable across states either—so a class B felony in one state could be a class C felony in another.

Further, because all states operate independently, some may have classes that others do not. For example, Delaware has felony classes A through G, but New Hampshire only has classes A or B.

Penalties attached to felony charges can range from fines to prison time, and many have additional punishments like probation periods or community work.

Punishments depend on the state’s guidelines, and relevant factors like violence level or prior offenses can compound the penalties.

Some states impose life sentences or death on the perpetrators for the most severe crimes. These are often violent offenses, including murder, rape, and more.

Less severe crimes than class A, class B may still carry significant punishments for criminals. Some courts will base punishments for these offenses on prior convictions, while class B cases can also increase future sentences if the offender is re-arrested later.

Some situations that will increase punishment time or fines can include crimes committed involving:

The least serious of the big three felony classes, people convicted of Class C felonies may face prison time as short as a year or skip prison and go straight into a probationary period, contingent on additional factors like fines.

For example, in Maine, a Class C felony could include repeat stalking offenses, witness tampering, or the possession of sexually explicit material of minors. The punishment for these crimes in Maine includes prison time of at least five years and a fine of at least $5,000.

Know the Felonies for Your State

Felonies are the most serious of criminal offenses that a person can commit. They come with various punishments, including prison time, fines, probation, and death. Felony records cannot be expunged (erased) in many cases.

Learn about the types of felonies and guidelines in your state. It will help clarify where you stand concerning the law, and it will help you get restitution when and if you need it.