What Is a Clean Driving Record?

You know what a clean driving record looks like if you have a driver’s license. For many, this will look like your record after obtaining a permit. No points, no tickets, no trouble; however, seasoned drivers are likely to have notches carved into their records. Notches occur for every violation and mistake they make on (and sometimes off) the road.

Most will walk away from these situations with little consequences outside of irritation and a fine. Unfortunately, not having a clean driving record can come back to get you. Driving records are reviewed for many reasons, including employment opportunities and when reassessing insurance rates. Naturally, this means you’ll want to have a clean record, not only to make money but to save it too. 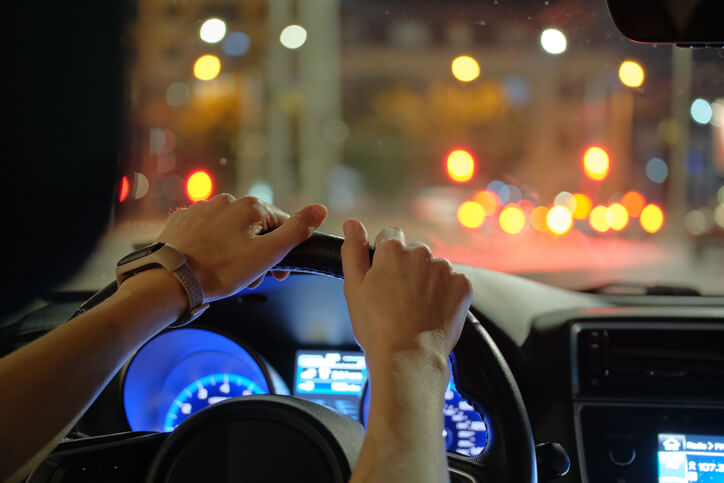 What Is a Clean Driving Record?

What do people mean when discussing having a “clean driving record?” First and foremost, a driving record is attached to your license number and social security number. Those with any driving offenses will have those violations appear on this record and others. Conversely, a “clean” driving record refers to those records that have zero:

Drivers caught and charged with driving-related offenses incur at least two punishments. Firstly, the violation will correlate to “points" on the offender's record. A single breach can rack up between one to ten points. That's not good for unsafe or relaxed drivers, considering if they get enough points, their license will be revoked. On top of this, committing offenses can be charged as felonies—which means a lengthy prison stay.

How to Keep a Clean Driving History

Keeping a clean driving record is easier than it may sound. Of course, the most crucial aspect to remember is driving safely and with the proper procedures; failing that, how can one keep a clean record?

The answer is to take proactive steps in monitoring one’s record and be reactive when necessary. Concerning the former, a person may be proactive by keeping on top of monitoring their documents. Much like a monthly bank statement, a yearly driving report can help to stop any mistakes in the filing from sticking. In some states, the DMV can release records online or via email—alternatively, all DMVs can physically mail the report.

Regarding the second aspect of keeping a clean driving record, being properly reactive can help. "Reactive" does not mean verbally accosting an authority figure or office worker; instead, it refers to disputing charges and errors when they occur. A lot can happen quickly at a traffic stop, and officers being humans means they can make mistakes.

Why It's Important to Keep Your Driving Record Clean?

A person's driving record must be clear. Not only because driving symbolizes freedom and independence, and having your license taken away impedes that, but because having a clean driving record also affects your life off the road.

For example, having charges on a record can worsen everything; it can look like “habitual criminality.” This is when there is a proven history of criminal behavior, and a court can determine that further crimes may occur in the future. For most people, this may not apply or matter; however, a driving record can be the document that adds years to a sentence for those with charges coming up.

How to Clear Driving Record and Get Savings on Insurance

Clearing a driver’s record of points and violations can be difficult; a significant amount of the resolution process is impacted by state law. Despite this, it is worth it to have limited (or no) offenses on record. Getting those offenses off the record means savings through insurance payments. Insurance payments that have been increased due to driving violations may lower once those offenses are taken off. There are many ways to clear a driving record; unfortunately, they cost time and money.

To begin with, the best way to clear a violation from a driving record is by paying off any fines quickly. Tickets are usually given out for misdemeanors and infractions, meaning they will have penalties associated with them as punishment. Allowing these fines to “sit” on your record will do damage over the long term. Get them paid up and out of the way as quickly as possible.

If the fines have already been paid, but the points still linger on the record, head to traffic school. Completing a driving school course proves that the driver can function properly on the road. This means the driver has been successfully “rehabilitated,” so points will be deducted from a record. The number of points deducted depends on many aspects like state, offense, and course length.

Alternatively, for many, the answer may be to wait out the points. If drivers cannot get the time to go to traffic school, they should consider waiting out the process. Points will eventually expire, depending on the severity of the violation. A speeding ticket can give points that last a minimum of three years, while a DUI can have a maximum of ten.

Keep Your Driving Record Clean and Insurance Rates Down

A person's driving record is essential; it reflects their behaviors on the road and their ability to handle the legal/traffic systems. The critical thing to remember about charges to a driving record is that it will raise insurance rates. Not only this, but it will also impact your ability to get work, and it can even encourage a judge to add more years to a criminal sentence. Keep your driving record clean—it's the best action for every driver.