Mass Incarceration in the USA 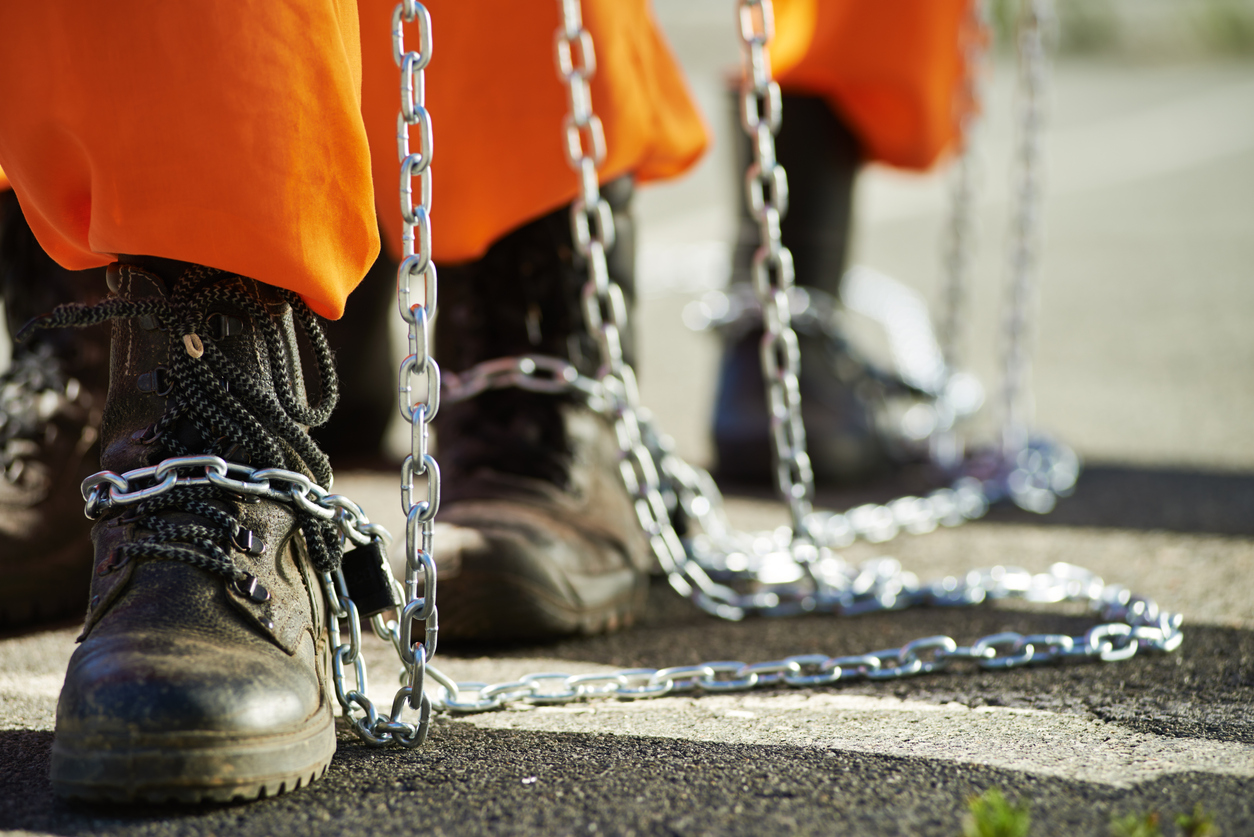 The United States is a world leader in democracy, innovation, finance, trade, and a host of other notable things.
However, there is one area that the U.S. wishes it was not a leader in - mass incarceration. There are an estimated 2.3 million people under the control of the American justice system or 25% of the world's prison population. Other liberal democracies have prisons, but the U.S. outpaces everybody with an incarceration rate that is four to eight times higher.
According to the American Civil Liberties Union, the number of prisoners has increased by 700% since 1970. These numbers outperform the national crime rate and even overall population growth. To put things in perspective, Botswana has a population of 2,303,697, Macedonia has 2,083,459, and Puerto Rico has 2,933,408.
When looked at from this angle, the entire prison population in the U.S. can form their own country.

The prison and jail populations in the United States have swelled to staggering proportions over the past 40 years. The reason behind the mass incarceration numbers today can be traced back to the 1980s. The "tough on crime" era saw a series of sweeping law enforcement and sentencing policy changes.
Prison population growth started at the beginning of the government's War on Drugs during the 80s. The number of people jailed for drug offenses in 1980 was 40,900. By 2017? 452,964. Today, there are more people serving time for drug offenses than the number of people in prison for any crime in 1980.
The number of people incarcerated for violent and property crimes has also increased. This increase happened even during times when crime rates declined.

As the prison population grows, the conditions of confinement inside have grown harsh. Across the country, prisoners are spending more time in solitary confinement. There have been significant budget cuts to educational, vocational, and recreational programs. Medical and mental health care remain grossly inadequate.
All this is happening while prison terms become longer and more inflexible. Severe sentencing laws such as mandatory minimums and cutbacks in parole release are some of the reasons for more extended prison stays. Data from the National Research Council paints a grim picture. Between 1980 and 2010, half of the 222% growth in the state prison population is due to an increase in time served for all crimes.
There has also been a rise in the use of life sentences handed out by judges in a US court. One out of nine people in prison is now serving a life sentence, and nearly a third of prisoners are facing life without parole.

Mass Incarceration and Its Effect on Communities

Incarceration affects communities differently. Take a look at these numbers:
● African Americans are incarcerated five times more than whites.
● One out of three Black boys born today is expected to go to prison in his lifetime.
● African Americans and Hispanics constitute 56% of the incarcerated population, despite only making up 32% of the US population.
● One out of six Latino boys is expected to go to prison, compared to one out of 17 white boys.
● Women make up the fastest-growing prison population in the United States. People who are presumed innocent and sitting in local jails awaiting trial outnumber people in the federal prison system 2-1.
●   If Hispanics and African Americans were sent to prison at the same rate as whites, the incarcerated population would decrease by as much as 40%.
Over 650,000 men and women nationwide return to their communities from prison each year. However, they face over 50,000 legal restrictions at the state, federal, and local level. These restrictions make it harder for them to reintegrate back into society. Some former prisoners revert to a life of crime because of this, forming a vicious cycle.

Mass Incarceration and Its Impact on Crime

Incarceration has proven to have some degree of impact on crime, but it is not the main reason why crime rates have declined since the 1990s. The NRC states two factors that could explain why mass incarceration had a modest impact on crime.
● Incarceration is ineffective at reducing specific crimes, such as drug crimes and youth crimes. Gangs, drug dealers, and drug users are a dime a dozen and will quickly replace the ones that got arrested.
● Second, people tend to outgrow or "age out" of crime. Research has shown that crime begins to peak by the mid-late teenage years and starts tapering off when individuals hit their mid-20s. Criminal tendencies drop as adults hit their 30s and 40s.

Mass incarceration in the United States has slowly become a crisis. The American prison system costs taxpayers around $80 billion each year. This money should be spent elsewhere, such as building up and investing in communities. The funds could also be used to provide high-quality educational opportunities for students in prison and reintegration programs for ex-prisoners.