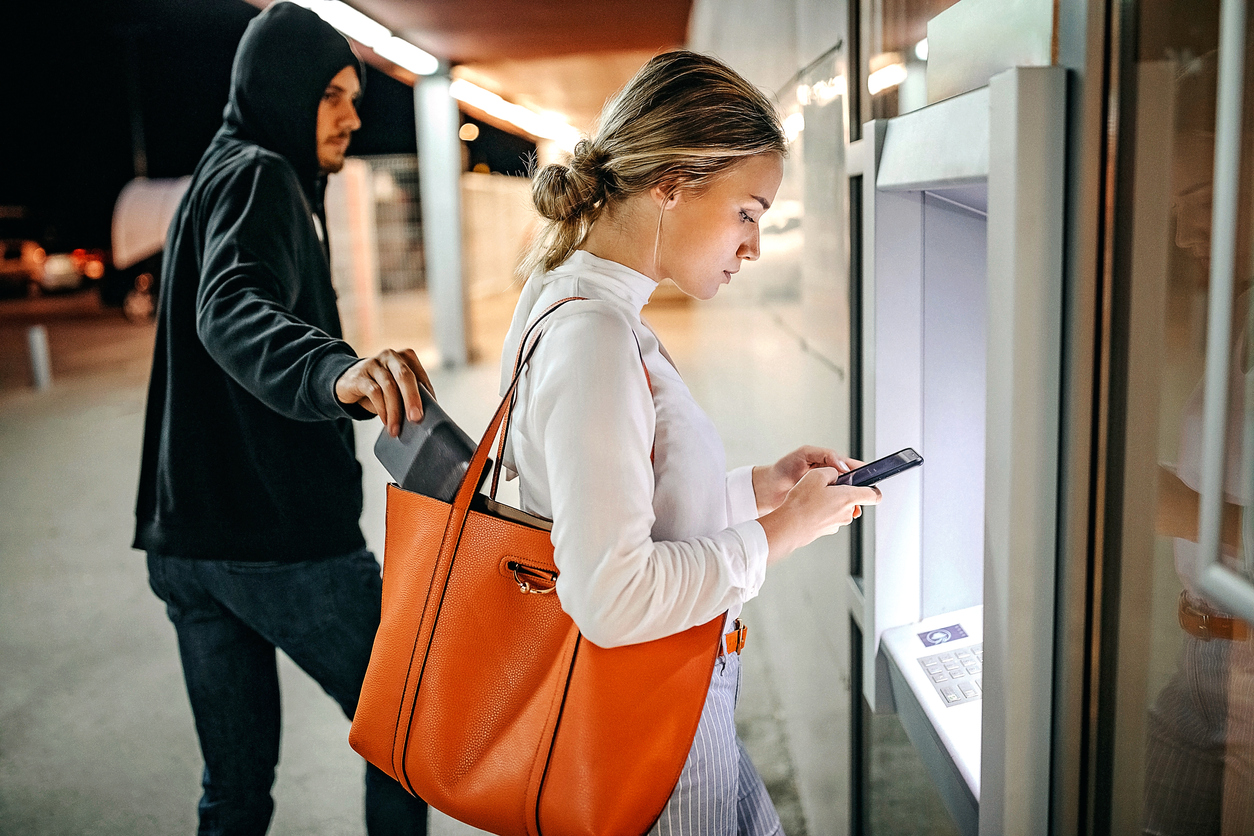 Theft has been criminally punishable since the early days of civilization. In Babylonia, Hammurabi's Law called for cutting off the hand of a convicted thief as punishment. Many regions simply imposed the death penalty for such a crime as people were poor, owned little, and theft of any item was potentially life-threatening.

What is The Definition of Theft in Law?

Simply defined, theft is knowingly depriving a person of something that belongs to him, even temporarily. Convictions hinge on the knowledge that the item belongs to someone else.

What is An Example of Theft?

Most states differentiate among several types of theft based on the value of the item stolen:

Larceny always involves a tangible object while theft can be intellectual property as well (computer code, an invention, etc.). Fraud is another kind of theft which involves accepting or taking funds or items from another person using false pretenses (pretending to be another person,

Stealing property from another person using a threat of violence (a hold-up at gunpoint, for instance) or through actual violence is robbery, which is punished differently due to the implied or actual violence involved.

The value of a stolen item will often dictate whether the crime is charged as a misdemeanor or a felony: states set their own thresholds, whether $400 or $500, but stealing a gun is often an automatic felony charge. Automobile theft is also usually an automatic felony due to the value of most vehicles. Looting is considered an automatic felony in many states, including Hawaii where the law says theft during a declared emergency (a natural disaster, for instance) is a felony.

Credit card theft and stealing public documents are automatically charged as felonies in many states, but many of the enumerated items in state law are specific to the locale. For example, in Washington, stealing a search and rescue dog on duty is a felony. New York specifies that stealing a telephone with service or secret scientific material are both felonies. In Missouri, felony theft is triggered if a U.S. flag on display, livestock animal or a fish valued at more than $75 is taken. Alaska specifies that vessel or aircraft safety or survival equipment thefts are felonies.

Federal law is not often invoked in theft unless items are taken across state lines or federal agencies are involved. In 2015 a man broke into a federal armory in Worcester Massachusetts and stole several automatic weapons. Because the theft involved high-value items, weapons, and because they were taken from a federal building (he cut through the roof of a gun vault, setting off an alarm that wasn't reported for nearly 12 hours), and because he potentially took the stolen guns across state lines, the F.B.I. was involved and he was prosecuted on federal felony charges. He had also been on parole with a home monitoring device around his ankle due to pending child rape charges, which would likely escalate any theft charges to the felony level regardless of the value of the items stolen. The man had been a member of the Army Reserve prior to his discharge.

A Florida man was arrested for theft when a pet store owner discovered a python was missing during the man's visit to his store. The man had allegedly stuffed the snake down his pants and tried to leave the store. It's unclear if the $149 python was enough to merit a felony theft charge, but he scuffled with the store owner and a security guard on his way to the door, which may compound his charges with battery.