What are Controlled Substances? 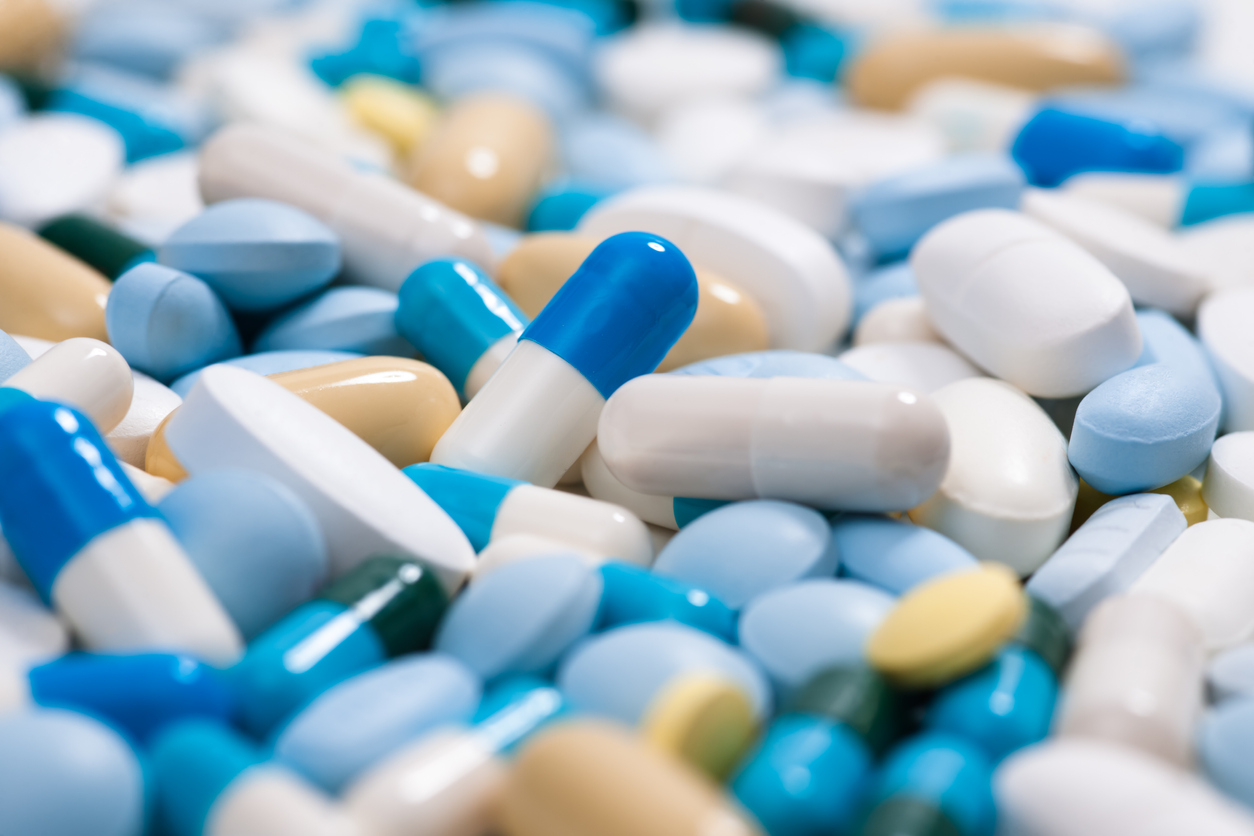 Most drugs are classified by state and federal governments as controlled substances in five categories: from Schedule I, those completely unregulated and most likely to do harm and cause addiction, to Schedule V, those of lower potency that are least likely to cause addiction. Penalties for possessing any "Schedule" drug are similarly structured, from felony charges for possessing Schedule I substances, to misdemeanor charges for small amounts of Schedule V.

Any amount of Schedule I drugs can be punished with a felony charge, but the risk of possessing more than a small "personal use" amount, as well as any items related to manufacturing, growing, or selling drugs, means the consequences escalate quickly. Some states do not have a minimum quantity of drugs required for a prosecution to move from simple possession to intent to distribute; others set the bar low, at one ounce. Being in possession or having knowledge of a "drug lab" that manufactures synthetic drugs is likely to automatically trigger serious charges of manufacturing with intent to distribute. Others who have knowledge of the manufacturing may be charged as conspirators even if they do not participate in making the drugs.

Police may extrapolate that even having a lot of cash on hand could mean a person has been selling drugs. Police have also been known to pursue charges for intent to distribute to pressure people into divulging their suppliers.

Federal charges apply when police or F.B.I. determine that drugs were moved across state lines or involved shipping components of the drugs.

Felony convictions may trigger states' "three strikes" laws, sending offenders to jail for life. Beyond the minimum sentence of a year or more in jail, felony convictions often include hefty fines and consequences like loss of the right to vote, being banned from owning a gun, and disqualification from federal programs for housing and other benefits.

In Ohio, all Schedule I-III drugs carry felony charges. Even the smallest amount of marijuana may be prosecuted. Sentencing on drug charges may allow judges to impose hefty fines as well as suspend driver's licenses on top of jail time. In Oklahoma, Florida, and some other tough-on-drugs states, getting caught growing marijuana is a felony punishable by 2-10 year prison terms.

Possession of drugs in specific areas like school zones may also automatically escalate the penalty to felony-level. In Texas, possessing drugs like 2 oz. of cocaine within 1,000 feet of a school zone means a third-degree felony automatically becomes a second-degree felony. In New Jersey, drug possession in a school zone includes being within 1,000 feet of any school bus or school board (administration) building. Many convictions for school zone drug offenses include sentences without the possibility of parole, and not being aware of the school zone is not a valid defense. Texas has a reputation for making more marijuana-related arrests than any other state.

Louisiana operates under a "three strikes" law, whereby a second arrest for marijuana possession is automatically a felony, and a third arrest on the same charge could mean a sentence of up to 20 years in prison.

Strange but Not Unusual

The demand for intoxicating illegal drugs has never been stronger, leading communities to place strong restrictions on ingredients for making synthetic drugs like methamphetamine. Despite these regulations "meth labs" seem to crop up everywhere, whether to support the maker's own habit or to sell the product for income. In recent years dozens of homes across the country have been raided by police on suspicion of meth production, given away by the acrid smell of the chemical "cooking" used to make the drug. Not only are the labs creating highly addictive substances but they're hazardous and prone to fire and explosions when mistakes are made. The process has been refined to the point where some have been arrested for carrying "meth lab backpacks" that allow easy lab set-up anywhere there's a water supply; others have created labs in church basements in Illinois and in a large pipe beneath a Walmart parking lot in New York.