What is Illegal Drugs Possession?

Illegal drugs are those that are bought and sold on the street below the radar of police and other authorities. These are meant to be consumed for the purpose of getting high or to relieve pain but without the guidance of a medical professional. Illegal drugs can include pills, powders, liquids, and vegetation as well as all forms those items may take, such as edibles, crushed pills, etc. 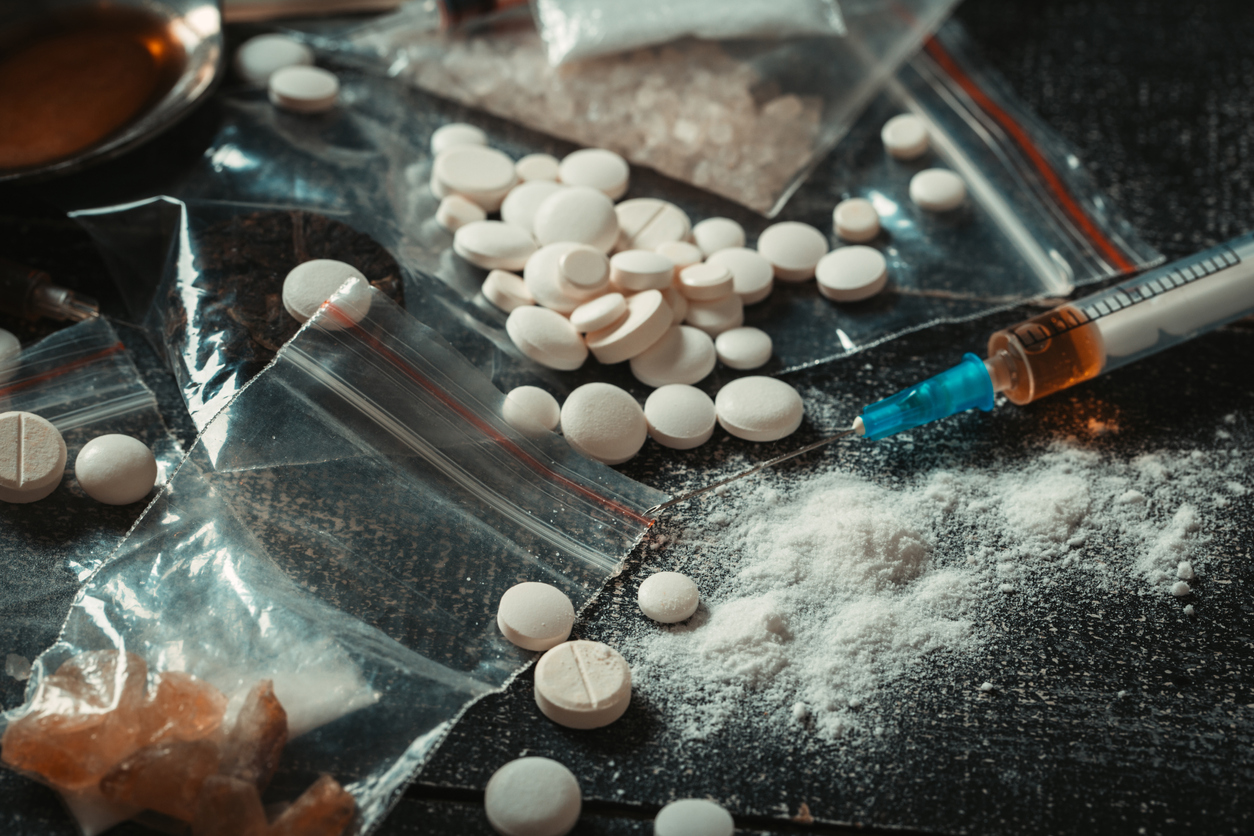 The penalty for possessing illegal drugs depends on many factors, from the type of drug to the quantity and the person's past criminal history. Small quantities of non-narcotic drugs may be prosecuted as a misdemeanor, but possession of any quantity of heroin is an automatic felony in most states. Illegal drugs are not limited to common types of street drugs as they may include prescription drugs that were stolen, sold illegally, or obtained under false pretenses.

The federal government has established a system of classifying illegal drugs according to potency and addictiveness, and setting sentencing guidelines accordingly. At the top of the list are heroin, ecstacy, LSD, and peyote, all known as Schedule I drugs because there are no medical uses for them and they are highly dangerous. These carry an automatic felony charge for possessing any quantity.

Schedule II drugs/controlled substances include prescription drugs Demerol, Fentanyl, and Oxycodone due to the high risk of addiction. Individuals with legitimate prescriptions may possess these drugs legally but if they're altered (pills crushed for snorting), the quantity doesn't match the prescription, or they're offered for sale then possession is likely to mean arrest and prosecution. At the bottom of the list of controlled substances are Xanax, Halcion, and narcotic cough syrups.

In order to prosecute a person for possession of illegal drugs, police must establish that the individual knew the drugs were illegal and that the person had control of them (the drugs were physically at his disposal). It's harder to prove that there was intention to sell or distribute the drugs unless there's overwhelming proof that the individual in possession had a quantity greater than what would be used individually; that perhaps other drug sale paraphernalia was present (a scale and baggies, for instance), or had made statements about the availability of drugs for purchase. Possession of drugs in a school zone or other restricted area (even if you're not familiar with the town) can result in an automatic felony charge.

Each state establishes its own classifications of drugs and related penalties for possession. Many states have passed laws decriminalizing small amounts of marijuana but much is left to the discretion of individual police officers who may make a proactive arrest for distribution that is thrown out of court later due to the small amount of drug involved. Similarly, possession of the ingredients necessary to manufacture synthetic drugs (such as methamphetamines) is sufficient to be charged with the related felony of intent to manufacture and distribute, even if no manufacturing of drugs is taking place.

If tried for drug possession, states with "three strikes" laws may send the person to prison for life if it's his third felony conviction. Those convicted of felonies face many penalties beyond jail time, as they may lose the privilege to vote, to possess a firearm, or to qualify for some federal programs for loans and housing.

At the same time that Texas lawmakers were filing bills to make marijuana possession legal, a California man visiting the state found police unsympathetic to his plight. The 73-year-old man, who was on his way to visit an ailing grandchild in the hospital, had a California permit for medical marijuana along with several edibles, a pipe, and a small quantity of marijuana in his car. Texas police held him in jail for a night until he was able to post bond. The man told reporters he will fight the charges because his drugs were prescribed and purchased legally.