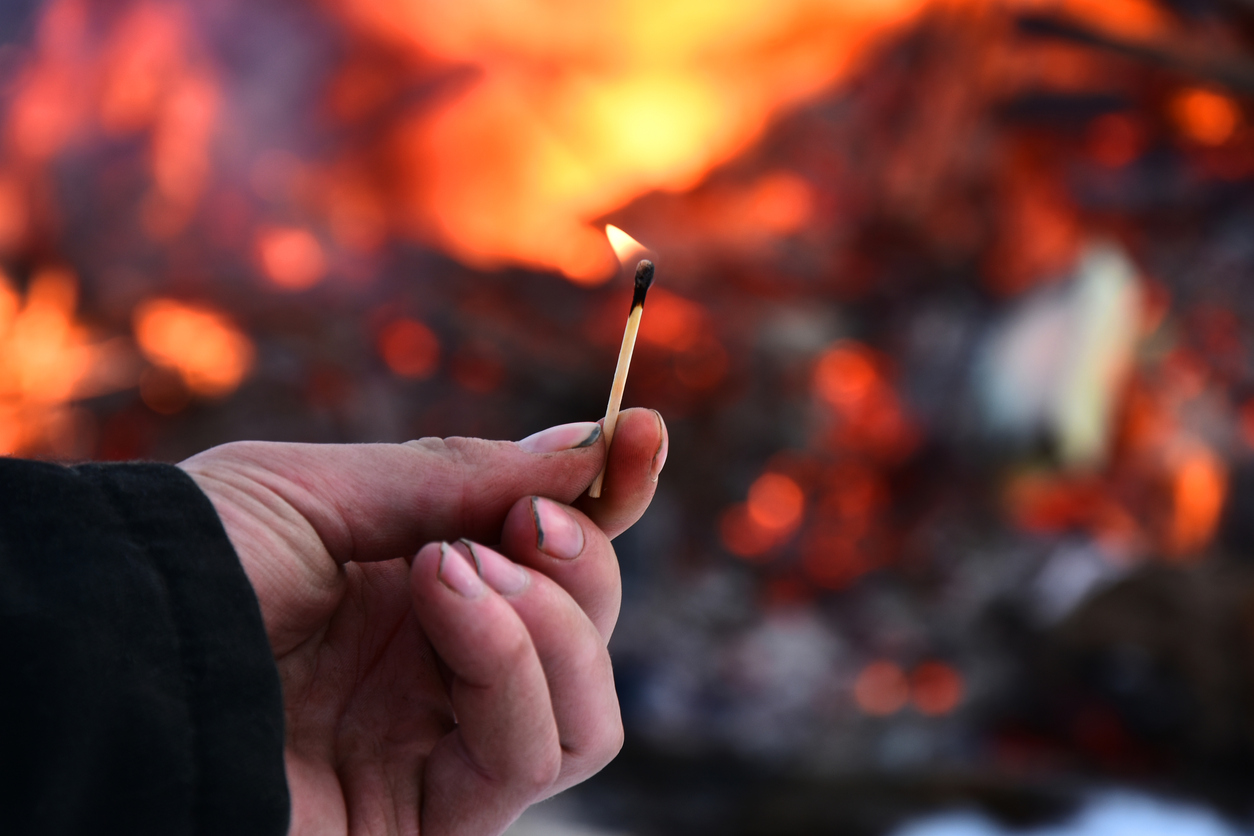 Many states include causing an explosion as an act of arson.

Arson is not always charged as a felony; felony charges in most states depend on intent, damages, and danger to others. Conviction on felony charges carries more than a year or more in prison, as convicted felons lose the privileges of voting, possessing a firearm, and many federal benefits including housing.

Is Arson a Felony?

North Carolina enumerates many different classes of felonies for arson according to the ownership and use of the property damaged or destroyed, including buildings under construction, mobile homes, churches, public buildings, barns, even ginhouses and tobacco barns. New Hampshire's arson statute specifies that burning a historic building is a felony.

The potential for firefighters and other emergency personnel to be harmed or killed trying to put out a fire or ensure that a building is empty during a fire is taken into consideration when charging an individual with arson. A couple in Pennsylvania were charged with many counts of felony arson, including the potential to cause bodily injury or death, when they set fire to their home. They were caught when investigators found discrepancies in their statements to police and insurance company officials, and when evidence was uncovered that they had inquired about rebuilding on the same location prior to the fire.

In Illinois, a former police officer was charged with arson after he was identified on security footage in the area of several small fires that were set. Only two of the fires caused more than $150 in property damage but that was enough to merit felony charges which could result in up to seven years in prison and loss of the privilege to carry a firearm.

A man in California was sentenced to death for intentionally setting wildfires in 2006 that killed five firefighters. Called the Esperanza fire, it started when Raymond Lee Oyler used a slingshot to fire incendiary devices into dry roadside brush. The fire burned out of control for days, consuming over 40,000 acres and 34 homes. The five firefighters were unable to escape the fast-moving flames as they fought to save an unoccupied house. Oyler's defense conceded that he had set 11 fires around the time of the Esperanza fire, but claimed he wasn't responsible for the fire that killed the firefighters.