What is Tax Evasion? 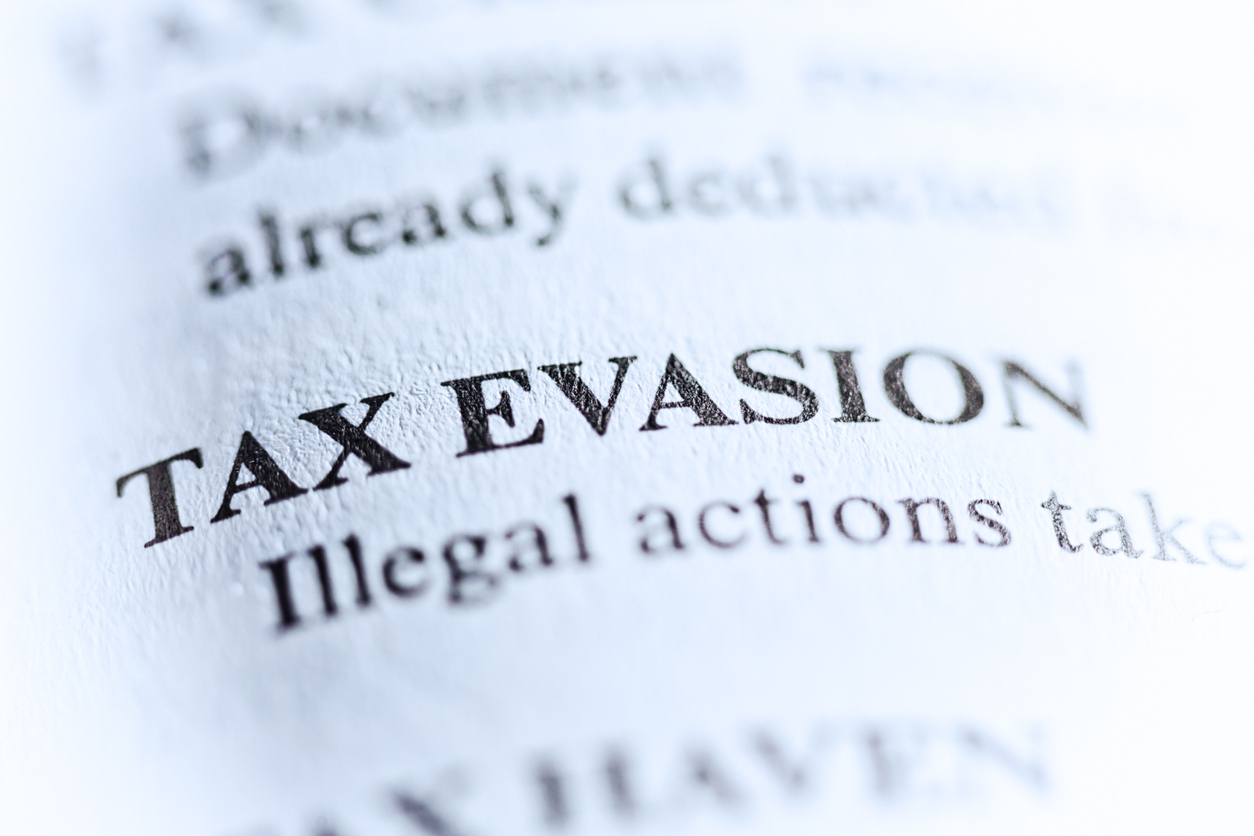 Taxes are the portion of our income that is paid to the government to provide certain services such as a standing military, a public education system, a network of interstate roads, and some health and safety services (such as the Food and Drug Administration and Environmental Protection Agency). There has always been disagreement about the level of taxation that is fair, just, and necessary; differing views on taxation are one of the basic planks of the country's political parties.

Tax evasion is a form of fraud in which individuals or corporations falsify official tax documents to show less income and therefore lower taxes owed. It differs from tax avoidance, which is not paying or filing taxes.

In order to be convicted of tax evasion, one must willfully act to conceal the difference between what was earned and the amount of taxes paid on it. If continued over a period of years, these actions constitute a federal-level felony because it shows a pattern of willful behavior contrary to law.

There are several ways to commit tax fraud, or evasion: dealing in cash, so no records are kept; receiving payments under a pseudonym; keeping double books; taking deductions for nonexistent or illegal costs.

In Medieval Europe, wealthy landowners extracted payments from poor farmers living within their property. If the farmers couldn't pay in cash the landowners accepted crops, livestock, or took other items by force (which gave rise to much abuse). The revolutionaries in the New World remembered this tradition of abuse and were wary of the Stamp Act imposed on the American colonies in 1765. They rebelled, and the eventual United States did not have regular income taxation until after the Civil War, when taxes were levied to help pay for the war. In 1913 the 16th Amendment to the Constitution was ratified, giving Congress the power to collect certain taxes to pay for the war. At the time the rate was 1 percent for incomes above $3,000 and 6 percent on incomes over $500,000. In subsequent years the rate levied on the richest Americans rose to nearly 70 percent on those earning the highest incomes.

In a famous case from the 1990s, the flashy, New York-based hotelier and heiress Leona Helmsley was prosecuted for underpayment of taxes over several years. She was sentenced to four years in federal prison and fines of $7 million for fraudulently claiming personal expenditures for renovating her Connecticut estate on her business taxes. Attorneys tried to forestall her sentence by claiming she was unaware of the fraudulent activity but the judge in the case wouldn't hear it.

One of the country's most notorious gangsters during the 1920s and 30s, Al Capone of Cicero, Illinois, controlled a bootlegging empire that dabbled in a number of illegal activities during Prohibition, including gambling. What finally tripped him up and got him sent to jail was his failure to pay income taxes for several years. When Capone got out of Alcatraz after more than 11 years his empire had crumbled and his health deteriorated. He died in 1947.