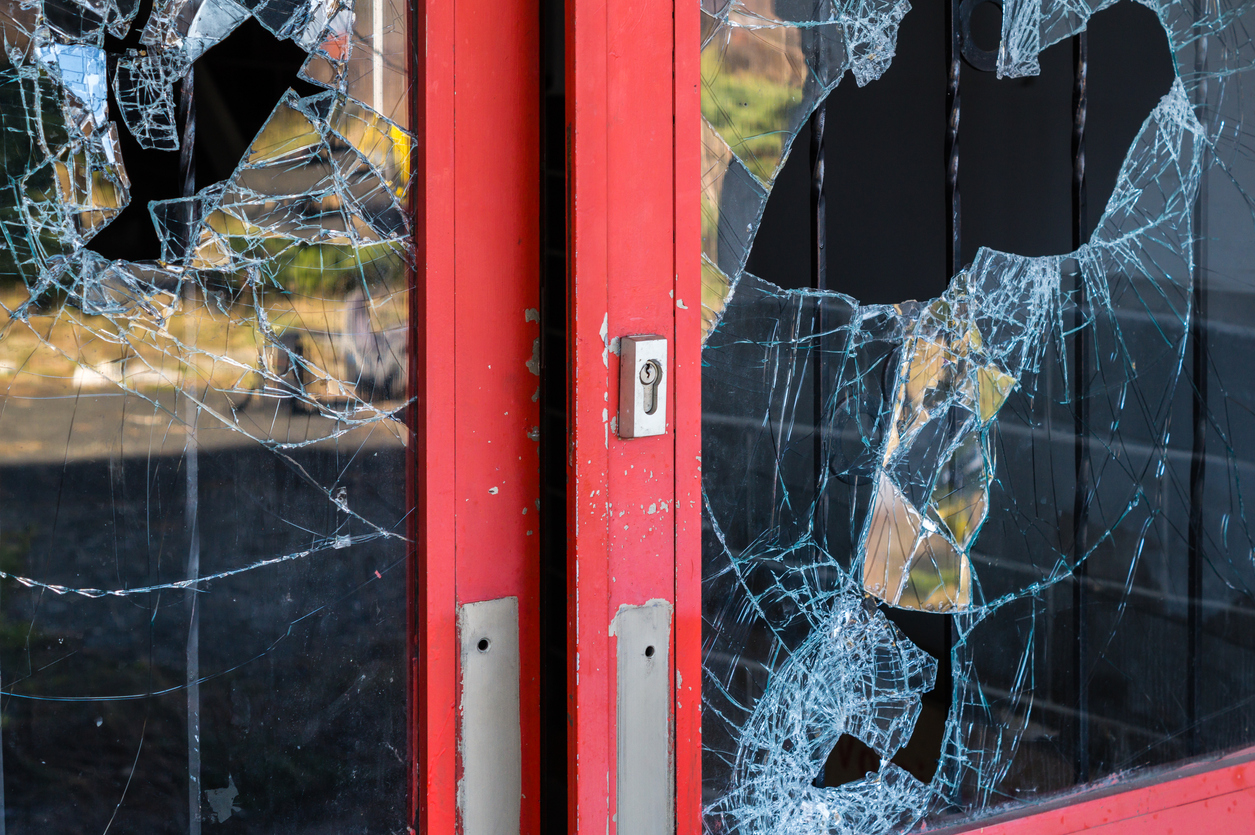 Some people consider cave art, those scratchings that resemble woolly mammoths and other depictions of prehistoric life, to be the earliest form of graffiti. While those pictograms are now treasured there's a similarity between them and run-of-the-mill graffiti, which can get the artist in a lot of trouble these days.

Graffiti, or painting on buildings, vehicles, trains, bridges, natural landmarks, and other public or private structures, is a form of vandalism. Any defacement or destruction of property or a landmark may be considered a criminal act, even if it's scratching your initials in the wall of a bathroom stall at a state park. The location of the vandalism is a key ingredient to eventual prosecution: depending on if it's done at on private property or public property – and what your vandalism says or does to its victim -- the penalty or punishment can vary.

The origin of the term "vandalism" comes from the Germanic/European people, the Vandals, who sacked Rome in the year 455, specifically defacing statues. While it was not unusual to destroy the property of a rival, this group was forever associated with the act thanks to a poem later written by Brit John Dryden.

Damage of $100 or more to government property can bring severe penalties: fines of $250,000 and up to 10 years in jail. Under $100 of damage is a misdemeanor. Prosecutors need only to prove intent, they need not prove that the defendant knew he was damaging government-owned property.

Mailboxes are federal property and vandalism of them can be prosecuted as a serious crime. Those in isolated areas are particularly vulnerable. Interrupting mail service has always been prosecuted, whether it was outlaws in the Old West robbing trains to steal payrolls that were carried in the mail car or leaving bombs in urban mailboxes on city streets.

Defacement as a Threat

Oftentimes vandalism is attributed to gangs in cities who "tag" their territory with specific markers as a threat to their rivals. Police crack down on this behavior in hopes of deterring violence that may result. Racist or anti-Semitic vandalism, such as marking a Nazi swastika on or near a Jewish temple or landmark, may be prosecuted at a higher level due to the implicit threat or violation of civil rights involved (singling out a particular group for a hate crime).

Many cities, including New York, have seen crime rates fall when the police are instructed to take a "no tolerance" approach to graffiti and related vandalism. At the same time the artist Shepard Fairey was prosecuted in Detroit for attaching his work to several buildings and a bridge. The city claimed Fairey's use of wheat paste adhesive did $20,000 in damage to buildings. Critics said the city was trying to make a statement about changing its image. When he was charged Fairey faced up to 10 years in prison on multiple felonies, but six months later a judge threw out the case.

Domestic violence cases, neighborhood disputes, disgruntled employees, and students doing property damage to schools are situations frequently expressed in vandalism. Small instances may be charged as misdemeanors but when combined with other charges, such as breaking and entering to destroy the property, vandalism helps to push the penalty to a higher level.

In Ohio, a man was charged with a hate crime after he defaced his former apartment with racist graffiti and poured concrete into drains. He had been evicted for nonpayment of rent but sought revenge on his African American landlord. Vandalism of the property alone might not have been a felony but the racist words he scrawled on the walls elevated the charges to a hate crime, and he was sentenced to 5-20 years in prison.

A new twist on vandalism happens online: cyber mischief and vandalism. This is the act of destroying or damaging computer files, systems, or websites with malware or by other means. Although these cases are difficult to prosecute, it's becoming more important for the government to pursue cyber vandals who may disrupt utilities or potentially damage the economy by hampering business systems.

In a recent case, a disgruntled employee of a newspaper company invited hackers to damage his former employer's computer system by giving them access with his credentials. Although he faced up to 20 years in prison for inciting the resulting (minor) damage, he was ultimately sentenced to two years in jail, a felony. His subsequent employer also terminated him after he was charged with the crime.

Felony charges of vandalism may apply when the value of the property destroyed is priceless. Two Scout leaders learned this when they filmed themselves destroying an ancient rock formation – estimated at 170 million years old – in Goblin Valley State Park in Utah. Their video went viral online and the two men faced up to 5 years in prison for their act, making the property destruction a felony, but were charged with misdemeanors coupled with high fines instead.