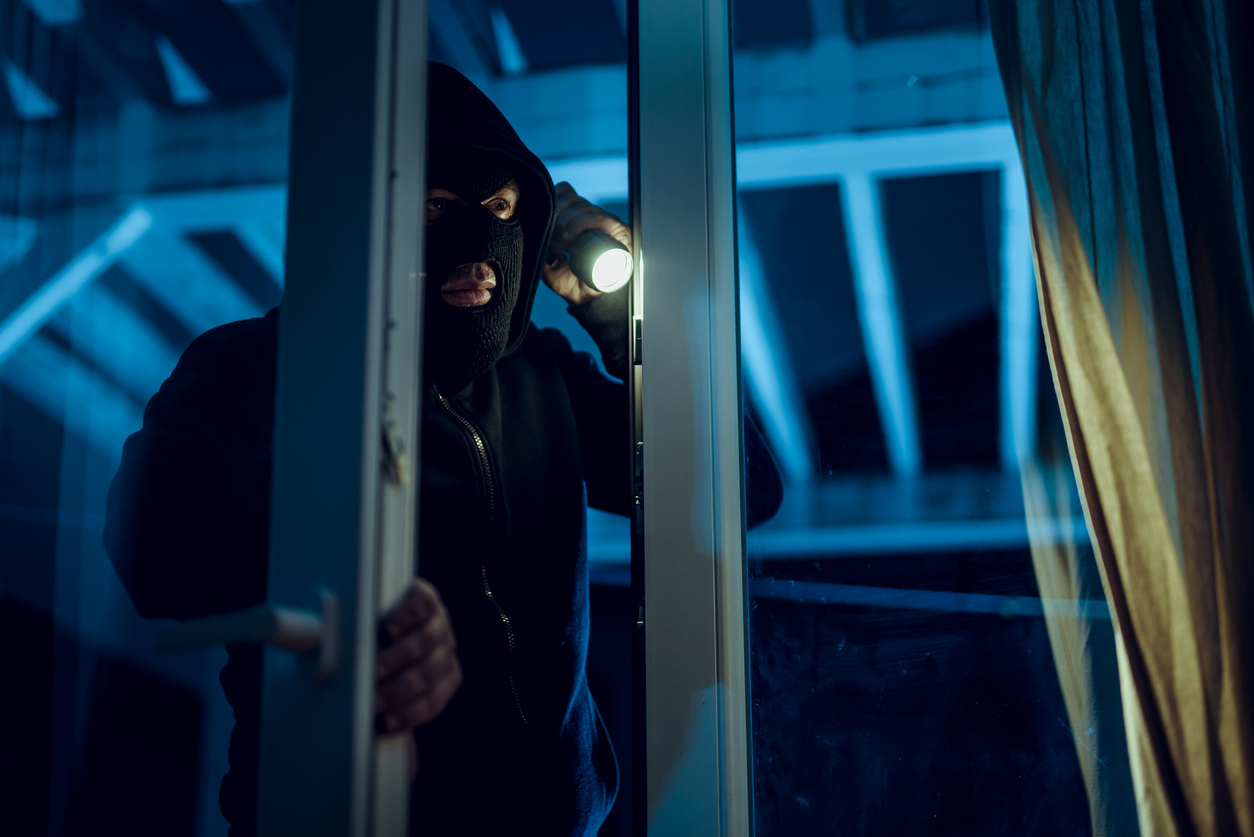 The number of burglaries that takes place in the United States each year is declining, but there are still more than 1.5 million, and over half of them involve forcible entry. Burglary is defined as unlawful trespass with the intention of committing a felony; we associate it with "breaking in" but physical damage to the structure (a broken window or lock) is not necessary to constitute burglary.

Burglary is almost always a felony. Due to the danger involved, trespass in an occupied home or building with the intention of stealing items or committing a felony is a first degree offense. Burglary at nighttime is also a first-degree felony, even if the property is unoccupied. In most states it is not necessary to do more than reach inside an open window, or to actually steal anything or commit a second crime inside the building in order to be charged with a felony; the intent is all that's necessary.

Criminal trespass is a lesser charge for someone who unlawfully enters a building but does not intend to commit a crime; it is a misdemeanor. Possession of burglary tools is a misdemeanor by itself but when combined with other charges it may contribute to a felony conviction.

Those charged with and convicted of felonies face more than jail time and likely fines, they will always be felons and therefore lose the right to vote, the privilege of possessing a firearm, and eligibility for other federal programs including housing assistance.

Burglaries from State to State

In California any burglary of a residence is considered a first degree burglary and therefore a felony. A burglary of another building, a second-degree offense, may be charged as either a felony or a misdemeanor.

Pennsylvania makes an exception to the general understanding of burglary if the building is abandoned. Virginia escalates the crime from one level of felony to another, higher level, if the person accused of burglary is in possession of a deadly weapon.

In Arizona one can be accused of a third-degree felony burglary for trespassing in a fenced-in area or breaking into any part of a vehicle. There, committing a burglary in a residence while in possession of a deadly weapon is punishable by 4.5 or more years in prison.

When he was 18 years old, Colton Harris-Moore was already a well known bandit whose reputation preceded him. A native of Washington state, the teen had honed his skills of breaking into unoccupied cottages to steal, then disappearing into the woods for days on end when pursued. He eventually walked away from a detention center and into brief infamy as the Barefoot Bandit: in 2009 he went on a burglary spree with police in hot pursuit, stealing a succession of vehicles to stay one step ahead of the law. He was regaled in the media for responding to a poor upbringing by defying authority, including lengthy magazine articles about him. Over time he became more brazen, stealing aircraft from small airports and walking away from crash landings. He was finally traced to a stolen plane that crashed in the Bahamas, followed by a series of break-ins on the island, where he was apprehended. In 2011 a Washington judge sentenced the 20-year-old to more than six years in prison for his various crimes, including burglary and transporting a firearm across state lines. Colton-Moore told the court he planned to use his time in prison to study aeronautical engineering.