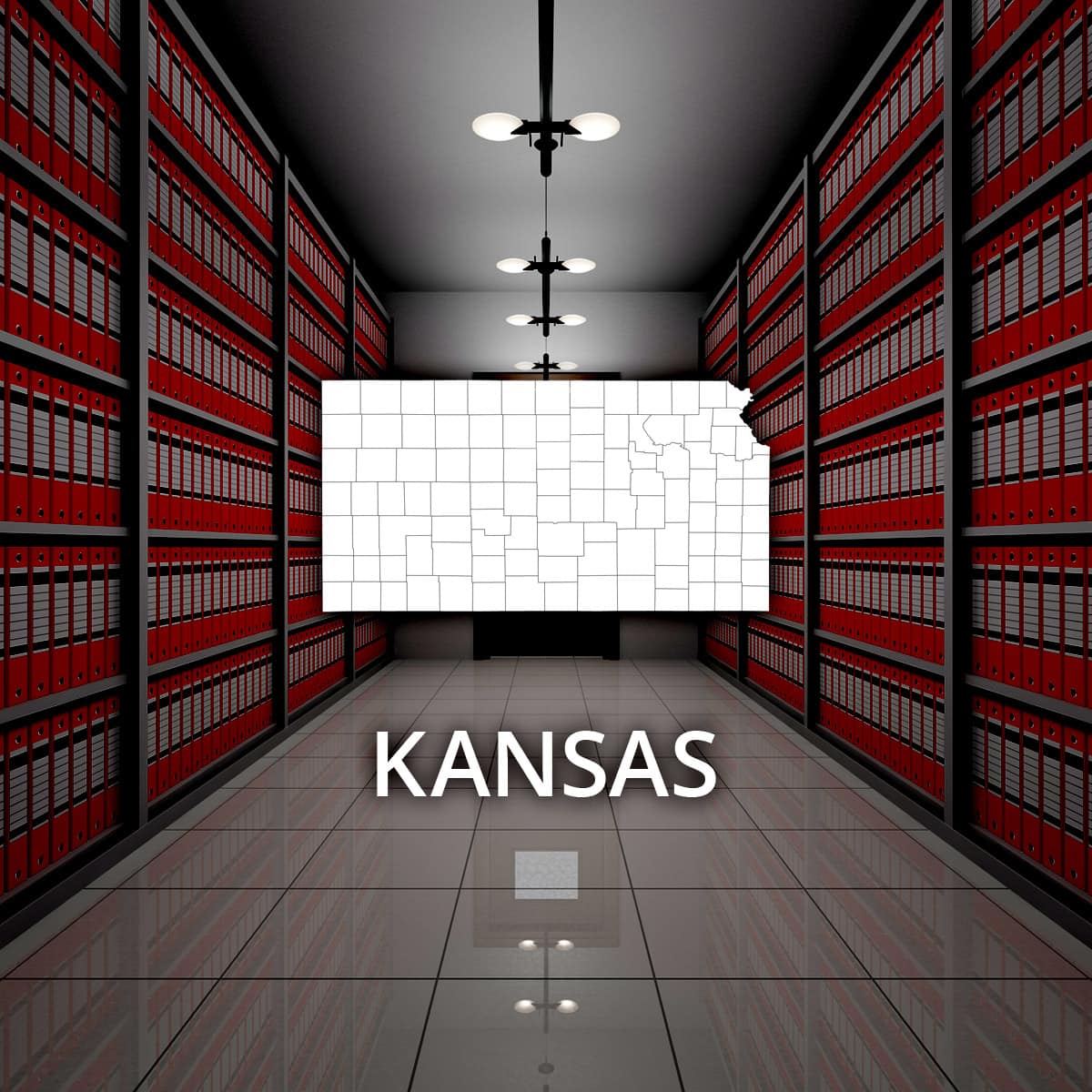 The state of Kansas contains the center point of the 48 contiguous states of the United States, which is located near the town of Lebanon.

Prior to the arrival of white European settlers, Native American tribes populated this plains state, including hunting wild bison that roamed the western portion of the land. The first European explorer to venture through Kansas arrived in 1541.

The population of the state of Kansas boomed in the years surrounding the Civil War: first by people trying to encourage or prevent it from entering the Union as a slave state, then by war veterans seeking to homestead. Some of Kansas' early communities were established by freed slaves who left the racist South. Evidence of this can be found at the Nicodemus National Park, a town that was created by African-Americans who recruited others from states like Kentucky.

Kansas became a non-slave holding state in 1861, but in 1863 at the height of the Civil War, William Quintrell lead a Confederate raid on the city of Lawrence that killed nearly 200 people. Historians say this period earned the state the nickname Bleeding Kansas.

The Wild West of American folklore was formed in part by events in Kansas: cattle drives and conestoga wagons moving westward on the Chisholm Trail. One year, 8 million head of cattle were loaded onto trains at Dodge City; Wild Bill Hickock was a marshal at Fort Hays and Abilene, and Bat Masterson and Wyatt Earp were sheriffs in Dodge City. The carousing was such that religious leaders persuaded the legislature to adopt an amendment to the U.S. Constitution banning all alcoholic beverages from the state between the years 1881 and 1948. The lore surrounding Kansas and the Wild West was propagated in the 20th Century by television programs like Gunsmoke and Little House (based on the Little House on the Prairie book series by Laura Ingalls Wilder).

A U.S. Supreme Court case that is forever part of Kansas history is the 1954 Brown v. Board of Education ruling that determined that "separate but equal" as a justification for segregated education could not stand. The Supreme Court ruled that the school system in Topeka, Kansas could not continue to educate African American and Caucasian children in different buildings despite some efforts to equalize the education by providing the same or similar furnishings and books.

Agriculture remains an important part of the Kansas economy, even after a plague of grasshoppers decimated crops in 1874. Russian immigrants brought wheat to the prairie, which flourished because it was well adapted to the climate. Winter wheat is particularly well suited to growing in Kansas, and the state produces some 10 million tons per year, or about 70 percent of all winter wheat grown in the country. Soybeans and beef and veal round out the state's top agricultural products.

The state's current population is edging 3 million but growing slowly, of which almost 87 percent is white and 24 percent is under age 18. There are fewer than 35 people per square mile on average in the state. Over 10 percent of Kansas residents are Hispanic or Latino, and 11 percent speak a language other than English at home. The median household income in Kansas is just over $51,000, and over 30 percent of adults have a college degree. Kansans have a shorter-than-average commute to work with an average of just 19 minutes on the road, according to U.S. Census figures.

Records of probate (property distributed to heirs after death) are available online through judicial district websites. Search for the county court where the deceased lived.

Records of divorces, guardianships, and custody may not be available online through county court websites. Call the county court clerk where the records reside for information on retrieving copies or ask your attorney as they may have online access.

Kansas allows anyone to search and view brief records of those convicted of crimes and serving sentences. Searches may be performed by name. The same database lists those who have fled supervised worksites or parole. For complete information and documents related to a court case or conviction, contact the court where the hearing or trial took place.

The Kansas Bureau of Investigation allows those who have registered to conduct criminal history background checks online. Anyone can perform a Kansas criminal records search without needing permission, but all juvenile records are sealed and kept confidential.