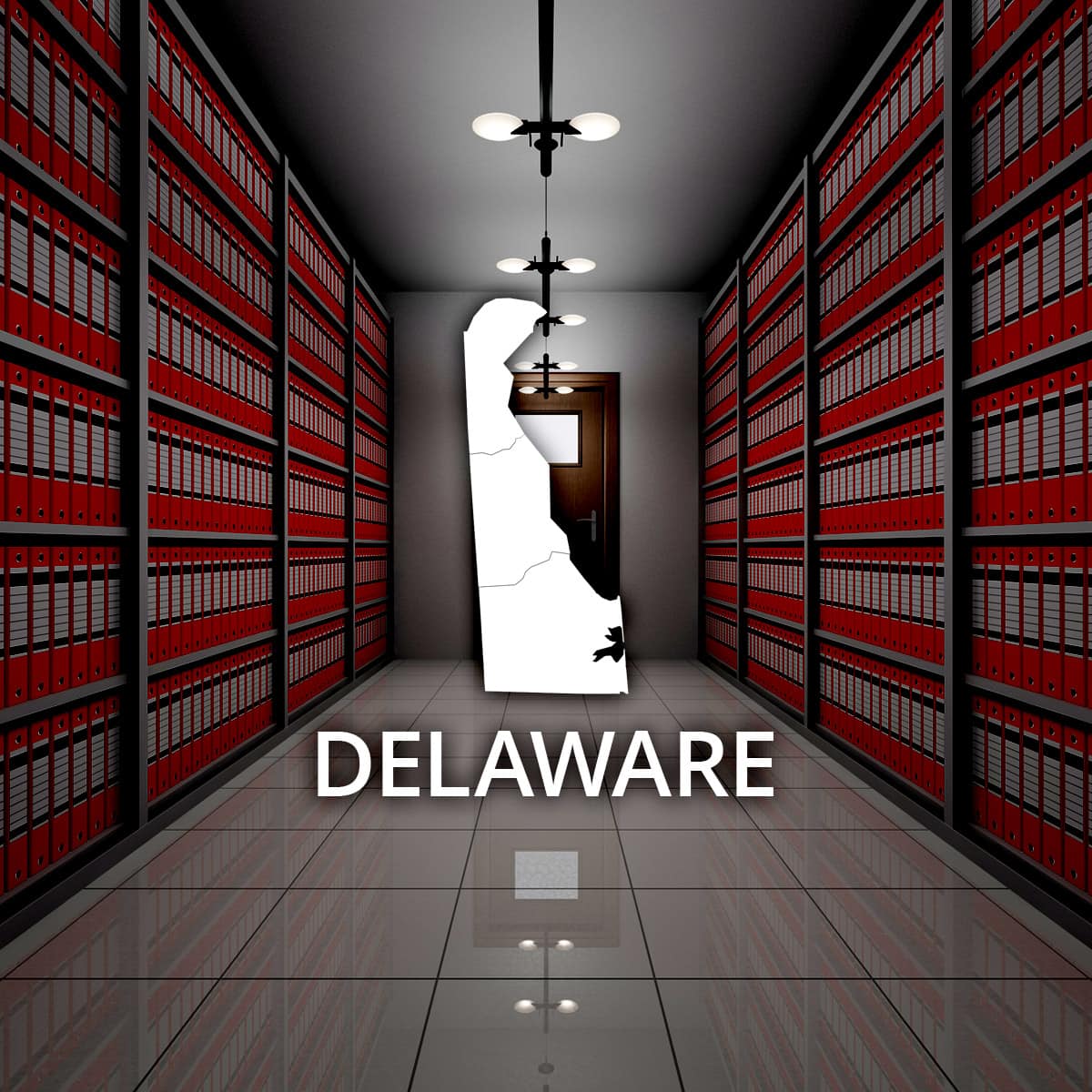 Delaware, also known as The First State, is often overlooked geographically but never overlooked when it comes to major corporations that have outposts there. The state is the country's 49th smallest, at just 30 miles by 96 miles for 1,982 square miles, located on the Atlantic coast near Philadelphia and Washington D.C.

The population of Delaware is less than a million people, about 960,000 by 2015 estimates, tucked into just three counties at a density of 496 people per square mile. The median cost of a home in Delaware is $232,000 according to the U.S. Census. Homeowners with a mortgage can expect to spend about $1,500 a month in housing costs while median rent is $1,000. Median household income for the state is $60,200, and nearly 30 percent of adults have a college degree, with nearly 90 percent of adults holding a high school diploma.

Other than statesmen and scholars, some of the state's prominent natives include members of the DuPont family who have been significant actors in businesses across the country, vice president Joseph Biden and his wife, Dr. Jill Biden, actress Elizabeth Shue (Back to the Future II and III), actor Ryan Phillippe (I Know What You Did Last Summer), actor Judge Reinhold (Gremlins, Fast Times at Ridgemont High), football hall of fame inductee Randy White, and outspoken newspaper publisher and abolitionist and suffragette Mary Ann Shadd; Dr. Mehmet Oz, and professional poker player and Playboy model Jennifer Leigh.

The State of Delaware is the largest employer here, followed by the DuPont Co., Bank of America, Christiana Health Care System, and Dover Air Force base. Each employs more than 5,000 residents, with the state payroll including nearly 13,000 employees. The unemployment rate here is under 4.5 percent.

Waterways continue to be Delaware's calling card: the state is geographically dominated by the wide Delaware River, which separates the state from New Jersey to the north and provides ship access to Philadelphia. The river allowed businesses to flourish here, and the capital of Wilmington is still a major transshipping port, where goods are unloaded from intercontinental ships and loaded onto trucks for overland distribution. The 14-mile long Chesapeake and Delaware Canal links the Delaware River to Chesapeake Bay as part of the East Coast's Intracoastal Waterway, shortening the distance between ports and protecting vessels from more hazardous voyages off coast.

The Delaware River, including ports in Wilmington, Philadelphia, and ports in New Jersey, is the second-largest destination for oil shipping in the United States. Thirty percent of the cargo that moves through here is oil; fruit comprises 19 percent of the cargo, and containers are 10 percent. More than 3,000 ships transit the Delaware River annually.

European colonists who settled in the Delaware area in 1631 were killed by Native Americans from the Unami Lenapi (also known as Delawares) and Nanticoke tribes who lived here. The first successful settlement at Fort Christina (now Wilmington) was called New Sweden, established in 1638. Later, Dutch leader Peter Stuyvesant established a settlement at New Castle and took over Fort Christina, annexing the territory to the Dutch settlement at New Amsterdam (New York). English settlers soon took control of the area by military might, and began growing tobacco here with the use of slave labor.

Despite its small size (popula tion 71,000), the city of Wilmington was highlighted in 2015 for a spike in violent crime that newspapers said alarmed companies interested in moving to the area for the state's business-friendly atmosphere. In the seven years between 2008 and 2014 the city saw more than 25 murders a year in five of those years. Newsweek said the city is known as one of the most dangerous small cities in the country, with a crime rate of 1,625 per 100,000 residents, about four times the national average of 368 crimes per 100,000. You can find Delaware criminal records through RecordsFinder.com's search tool.

Records of court proceedings, including sentences and judgements, are available through individual courthouses across the state. These courts may include Alderman's Courts, which handle violations of local ordinances; Justice of the Peace courts handle things like landlord-tenant disputes and small claims issues in each county; Courts of Common Pleas, located in each county in Delaware, handle preliminary felony charges, civil cases involving up to $50,000, and appeals of lower court sentences. Family court decisions that affect divorce cases may be public but juvenile cases handled in the same court are unlikely to be available to anyone but those directly involved. Those looking for probate records should seek out the Chancery courts, which handle wills and estates as well as issues of corporate management and dissolution. Superior court is both a trial court and an appellate court, often deciding cases of guardianship and involuntary commitment, personal injury, and medical malpractice as well as appeals of decisions of lower courts. The state Supreme Court hears appeals of cases that call into question the constitutionality of lower court decisions and of state laws.

Police records, from mug shots of individuals arrested to details of crimes, may be accessed at police stations, but police do not disclose information related to confidential informants, ongoing investigations, or the medical conditions of suspects. Information on warrants for not appearing in court, searches, and criminal suspicion may be obtained through court clerks or district attorneys. Recordsfinder.com is another source of information on anyone arrested and charged with a crime across the country.

The state Bureau of Vital Statistics allows records of marriages, births, and deaths to be searched by online request or in person. However, the records that are available to the public are restricted: only those death or marriage certificates more than 40 years old and birth records more than 72 years old are available to the public by online request, in person, or by running a quick search of Delaware vital records on RecordsFinder. Individuals who are named on the record and who can provide proper identification may retrieve their own records at any time.

City or county clerks offices may also hold original marriage, birth, and death certificates, and inquiries may be made at those offices.