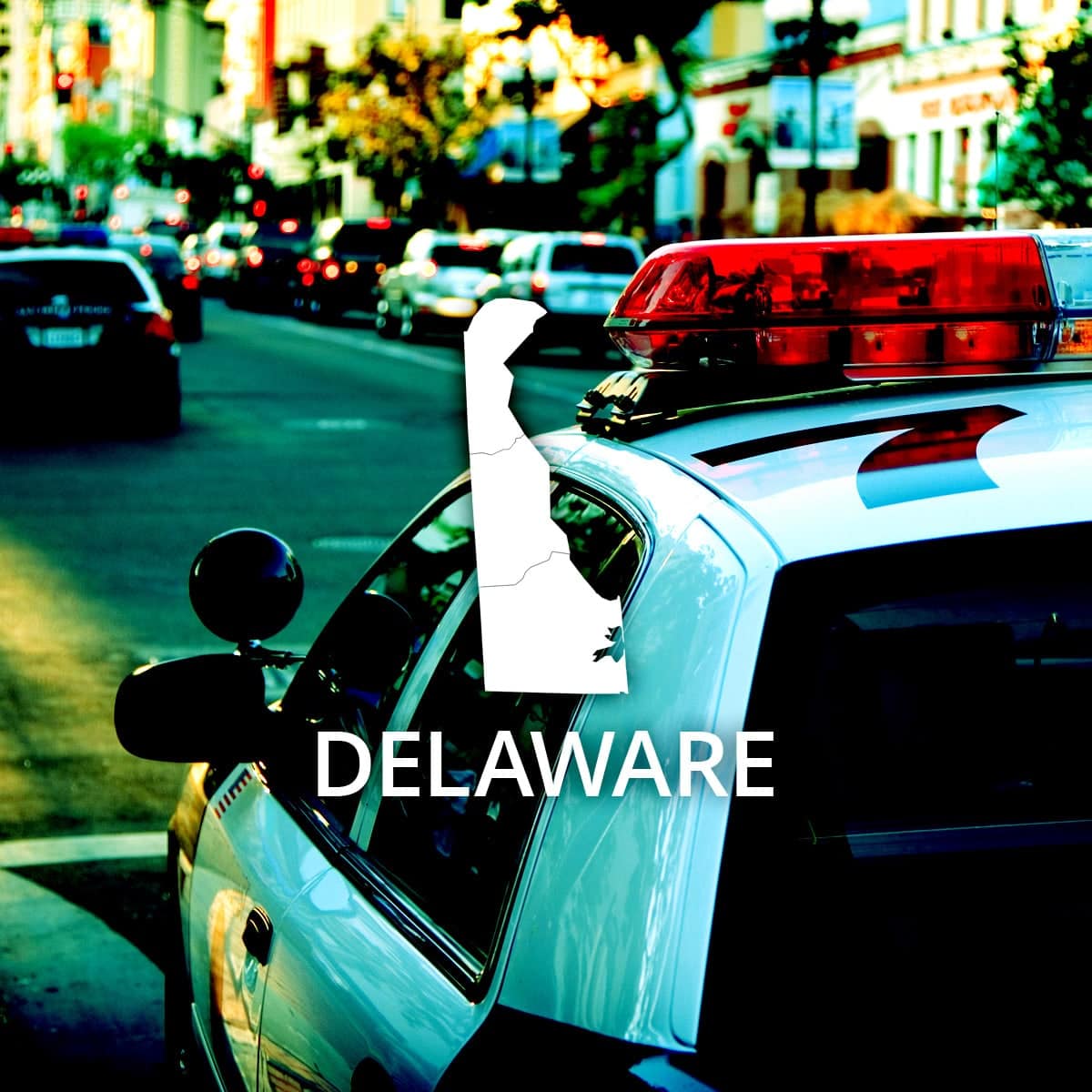 The Delaware State Police was established in 1923, as it became apparent for a need to regulate traffic on the state's new roads. Traffic was first monitored and regulated by the "Highway Traffic Police" in 1919. The state's first police station was located in Bellevue on Philadelphia Pike. Fourteen officers stayed there to work their 12-hour shifts, seven days a week. Once a week, an officer was assigned to travel across the entire state and stop at the three county post offices along the way and monitor traffic.

In 1924, a flag system similar to other states was adopted. Local gas stations would place a red flag by the roadside if a local resident came to the station wanting to see a police officer. The officers would then see these flags during their statewide run and stop.

Each of the three counties in Delaware has its own State Bureau of Identification where Delaware Police records can be requested. A background check is required to be submitted with a fingerprint card and verification of identity. If you wish to check the records of another person, they must provide a handwritten and signed letter giving permission to do so.