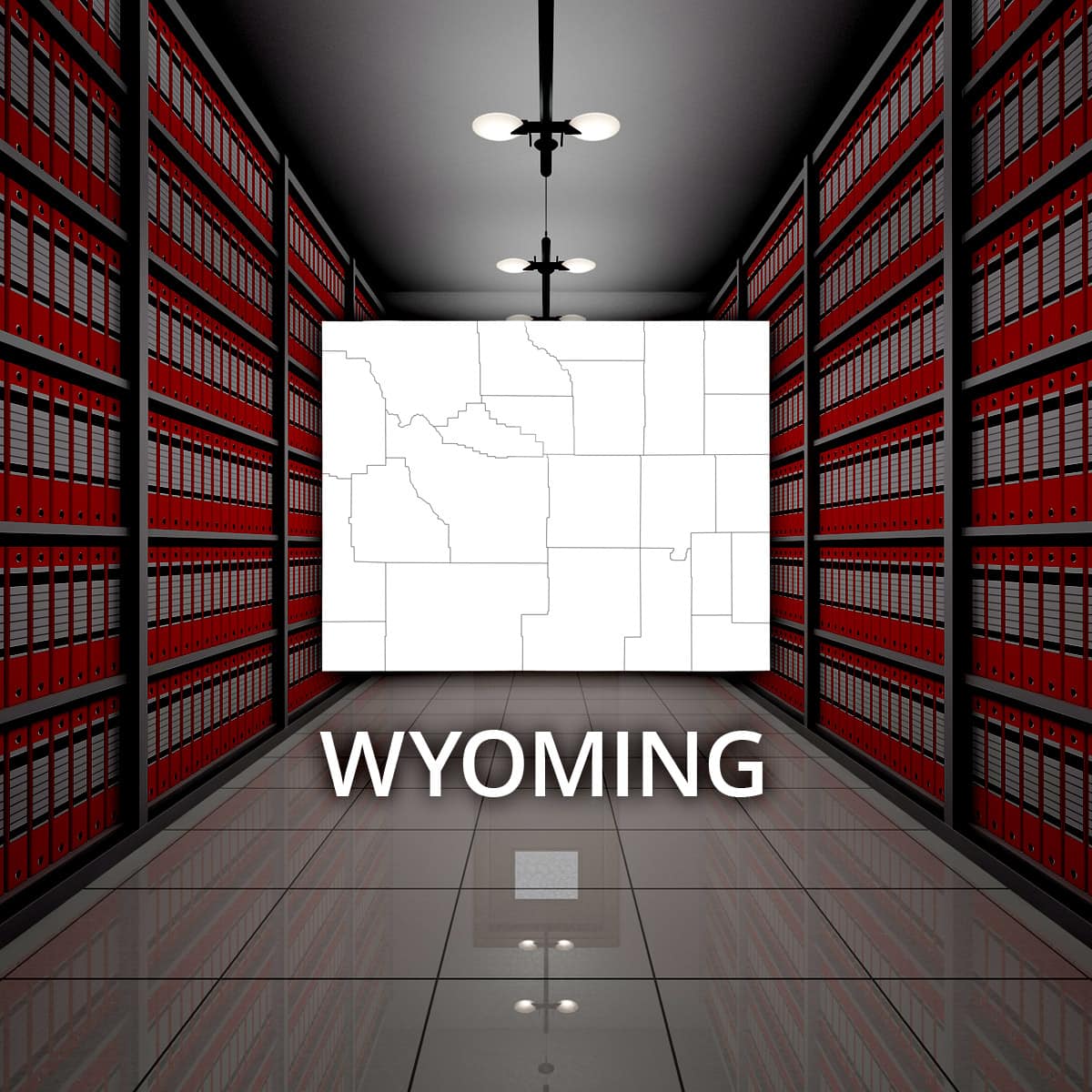 Wyoming averages just 6 people per square mile for its nearly 98,000-square-mile area. It is the least-populated of the 50 states in the country and the 10th largest state Almost 50 percent of the state is owned by the federal government. The nearly 3,500-square mile Yellowstone National Park is largely located within Wyoming, and was the first national park.

Known in popular culture as The Cowboy State (the license plate has an image of a bucking horse on it), Wyoming's official nickname is The Equality State due to the rights extended to women in its early history. Women were given the right to vote in 1869, making it both the first territory and the first state to allow women's suffrage. Women took positions in local politics and held publicly-important jobs in courts starting in 1870, and the first female governor of the state was elected in 1924.

Prior to the first recorded arrival in 1807 of John Colter, a member of the Lewis and Clark expedition, the region was inhabited by Lakota, Shoshone, Crow, and Arapahoe Native Americans. Colter's description of the topography was not believed because he included information about geysers and spires of rock. Indeed, Yellowstone itself has the unique distinction of containing a completely intact ecosystem of flora and fauna. The Yellowstone Lake caldera is considered an active supervolcano, which is why there are so many hot spring geysers nearby. The park is also home to the largest herd of bison on public land as well as grizzly bears and wolves that have been re-established after near-extermination by ranchers.

Ranching and farming occupies nearly 30 million acres of land divided into nearly 12,000 farms (with the country's largest average size of farms). The cattle industry produces over $930 million in income for the state each year and hay production brings in $300 million. Many people have cashed in on the Old West lore of herds of bison roaming the plains by running bison ranches near Cheyenne that allow tourists to saddle up like cowboys for authentic-feeling experiences.

Many more people visit Wyoming each year to see national parks than live in the state. The tourism industry brings in some 6 million visitors a year, while the state's largest industry, mining, employs about 7,000. Coal is the state's largest mining product, with about 400 million tons produced in each of the years 2010-2012. The state produces about 40 percent of the coal used in the U.S. but the industry has declined precipitously in recent years as shale gas mining has taken off in many states, due in large part to federal regulations that seek to limit greenhouse gas production. In 1903 and again in 1908 explosions and fire erupted at Chimney Springs mine, killing 169. The second event started with a smaller explosion, and when 40 people entered the mine to rescue the injured there was a second explosion that killed them all, for 59 dead.

On a list of the state's largest employers are two mining companies and four medical businesses. The latter is not unusual as nearly 9 percent of the country's jobs are now healthcare-related. The top employer in the state is University of Wyoming at Laramie, with 2,800 employees. The Cheyenne Regional Medical Center, Campbell County Hospital District, Wyoming Medical Center, and Campbell County Memorial Hospital together employ about 5,500 people. Powder River Coal and the North Antelope Mine together employ about 2,000.

The residents are about 90 percent Caucasian and 1.5 percent African-American. Hispanic and Latino residents are second most populous. Almost 7 percent of residents speak a language other than English at home; nearly 5 percent of the total population were foreign-born.

Calculating crime rates involves dividing the size of the population by the number of reported crimes in the area. This equation may put small towns ahead of large cities when comparing crime rates. One source says small towns in Wyoming like Wheatland, Jackson, Riverton, and Douglas are more dangerous than cities like Cheyenne.

According to FBI crime statistics for 2014, the cities of Cheyenne and Casper have nearly identical crime. Both have populations of about 60,000 and more than 80 reports of violent crime as well as about 4 rapes and 2 murders or non-negligent homicides as well as over 1,600 property crimes. Douglas has 6,500 residents, and in 2014 reported 27 reports of violent crimes, 3 rapes and 200 property crimes (no murders or non-negligent homicides).

The state Division of Criminal Investigation maintains Wyoming criminal records on individuals. These records may be searched for a fee with submission of fingerprints. Similar results may be obtained through a search on RecordsFinder.com.

Birth, death, and marriage documents may only be obtained by people named on the certificates or by legal representatives with proper identification or by searching Wyoming vital records through online databases. Wyoming keeps birth records private for 100 years and marriage and death records confidential for 50 years.

Probate records include the last will and testaments of deceased residents as well as a list of their heirs and disposition of their assets and property. Wyoming district courts have jurisdiction over probate matters; to research probate records contact the clerk of the district court where the individual lived or owned property.