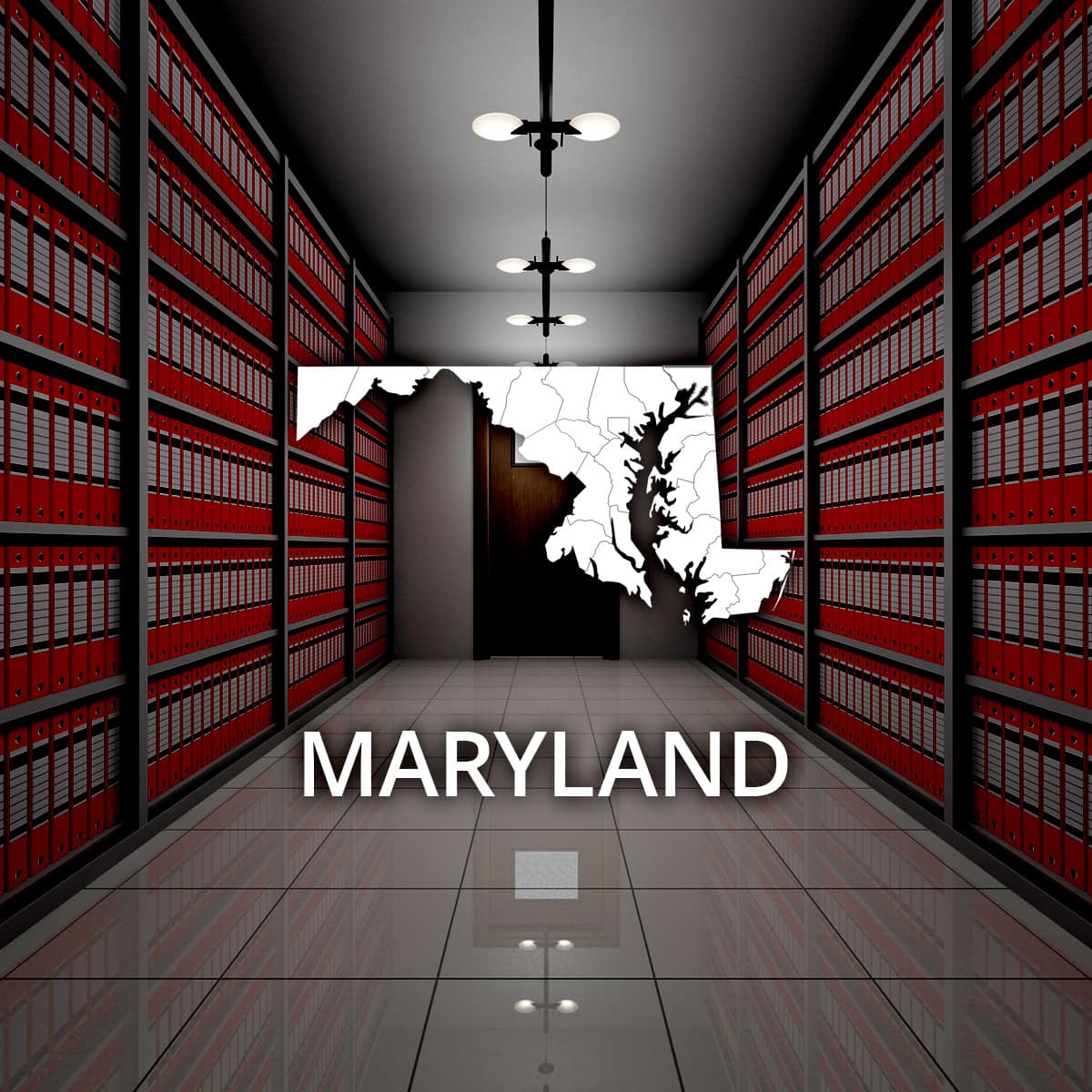 One of the nicknames for the state of Maryland is "America in Miniature" because it contains a wide variety of topography and towns – mountains and coastline, tiny hamlets and big cities – that reflect the country at large. The state's geography is dominated by the Chesapeake Bay, a body of water that is 200 miles long from its headwaters at the Susquehanna River to the Atlantic Ocean, and between 2 and 30 miles wide. At least 150 rivers flow into the Chesapeake.

Founded on the principle of religious freedom – and as a refuge for the Catholic minority in England – the first settlers arrived at St. Mary's in 1634. The settlement flourished due to the abundance of fish and game and the success of tobacco crops, but internal strife lead to religious wars in Maryland: Puritans and Catholics wrestled over control of the settlements, sending captured Jesuits back to England and burning churches. Catholicism was banned from 1688 to the American Revolution.

There was another near-war in 1736-37 when border disputes with Pennsylvania and Delaware flared up. Called Cresap's War, saber rattling was ended by the intervention of King George II, who initiated negotiations among the parties. The border was finally settled at the Mason-Dixon Line, which played a significant role in the Civil War.

Maryland was the 13th colony to ratify the Articles of Constitution, which was the root of the American Revolution against British rule. Prior to the Revolution, many settlers were indentured servants, both white Europeans and those of African descent. After the war more slaves were brought to Maryland and Delaware to work in agriculture, but in the mid-1800s about 50 percent of African-Americans in the state were free men.

The first paper mill in Maryland was at Gunpowder Falls on the Susquehana River, and paper was made there for the first currency of the newly-created United States as well as for the first draft of the Declaration of Independence, which was printed by Maryland's female postmaster, Mary Goddard, who held her position from 1775-1800.

Francis Scott Key wrote the Star Spangled Banner, the U.S. national anthem, while imprisoned on a British ship in Baltimore harbor during the War of 1812. The British attempted to take control of Baltimore after storming Washington D.C. in this war to control American trade with France and limit America's westward expansion. The war lasted until 1815.

The Civil War saw Maryland remain with the Union but act as the border between North and South. The residents were similarly divided, with about 25 percent of those who enlisted to fight signing with the Confederacy. Following the war, Maryland abolished slavery and extended voting rights to non-white males in 1867. One hundred years later, a Baltimore resident, Thurgood Marshall, was the first African-American appointed to the U.S. Supreme Court.

While many Maryland residents commute to Washington, D.C. for work, there are several large employers with big workforces in the state. Giant Foods, a subsidiary of Royal Ahold, employs 27,000 in Landover; Johns Hopkins Medical Center in Baltimore employs 22,000, as does MedStar Health of Columbia (22,000); Black and Decker, the tool maker, employs 22,000 in Towson, and Verizon telecommunications employs 14,000 in Baltimore. Johns Hopkins University employs about 15,000 in Baltimore, and Northrup Grumman, the defense contractor, employs about 14,000 in Linthicum.

The 6 million residents of the state are squeezed into just over 12,400 square miles, resulting in a population density of 696 people per square mile. About 30 percent of the population is of African-American descent, 6 percent is Asian, and almost 10 percent is Hispanic or Latino. Adults with high school diplomas comprise 89 percent of the population, and over 37 percent have a college degree. The median household income is about $74,000, and median household rent is $1,200 per month, according to the U.S. Census.

The top three "most dangerous" places to live in Maryland include the obvious and the not-so-obvious: Baltimore, which was wracked by violence following the police arrest of Freddie Gray in 2015, and Elkton, a small city of 15,000 that logged 229 violent crimes and over 1,000 property crimes in 2014, according to the FBI database. Baltimore's population of over 623,000 saw over 8,000 violent crimes and 211 murders or non-negligent homicides in 2014. No other city or town reported more than two murders or non-negligent homicides in the same period.

Easy access to most court documents, including criminal convictions, is available on the state website. Searches may be performed by name or case number. After the search is done, detailed information on the charges is found by clicking on the case number on the left side of the screen, including all charges and motions made in the case, as well as current status. Information excluded from court documents includes identities of victims in domestic violence cases, protection orders, or criminal cases. Official criminal background checks are done for registered employers using guidelines found here: https://www.dpscs.state.md.us/publicservs/bgchecks.shtml. Searching MD criminal records through Recordsfinder.com may return similar information.

Maryland's Department of Health and Mental Hygiene is the repository of birth, death, marriage and divorce records. The office upholds confidentiality requirements for records, including not releasing records unless identification provided proves that the person making the request is directly related to the person(s) named on the certificate. Divorce decrees are only available from the clerk of the court where the divorce was granted.
However, Recordsfinder.com also produces Maryland vital records information by search through its online database.

Probate information (wills, list of heirs, list of assets, etc.) are found on the Officer of Register of Wills website. By searching the index, one may find which documents are available and make a request for copies.