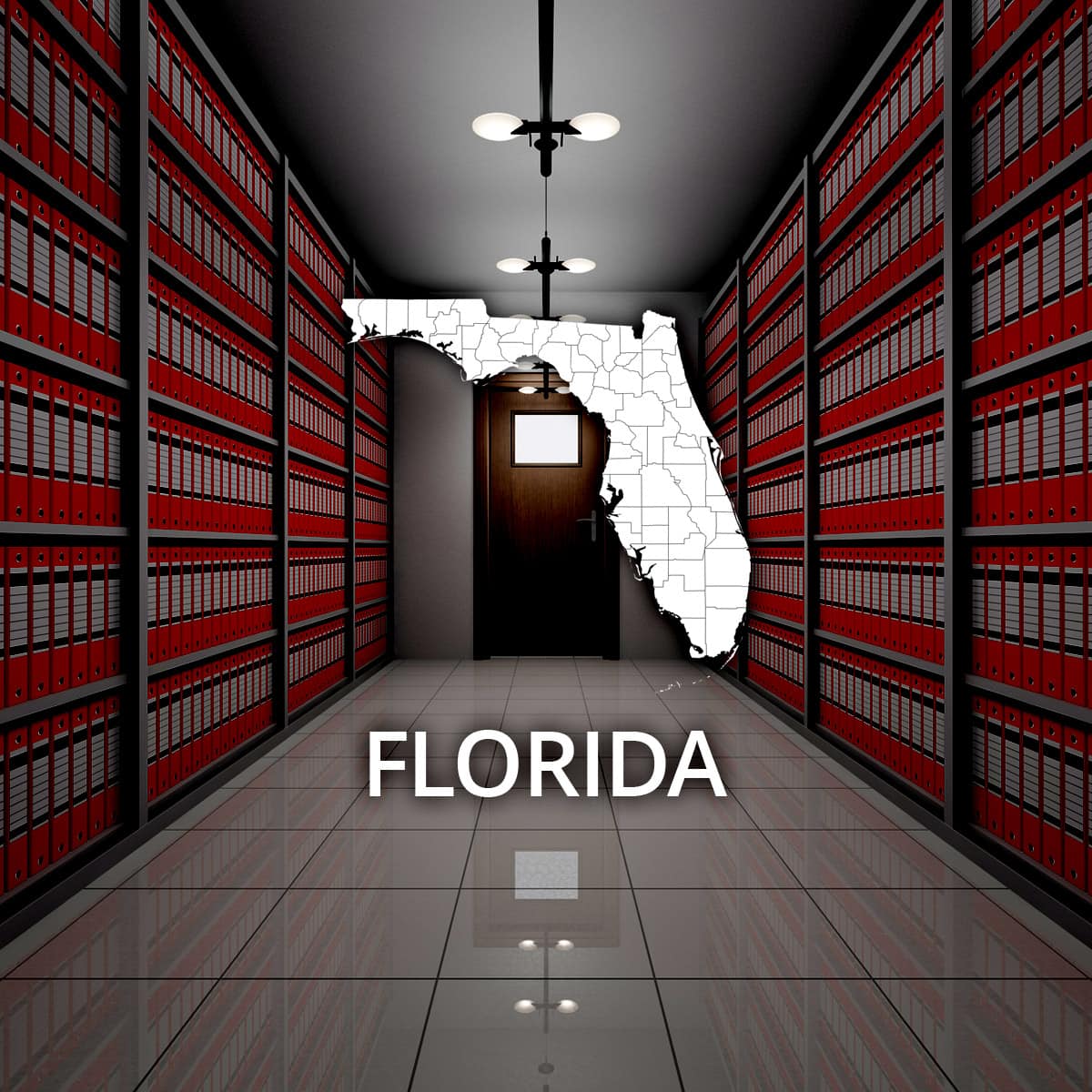 The Sunshine State, Florida, ranks 22nd in size but third in population. The state's 20.2 million people speak predominantly Spanish and English as the residents include a large contingent of Cuban émigrés. At 65,750 square miles, the state's population density is over 345 people per square mile, mostly clustered along the state's 1,350 miles of coastline.

Tourism is one of the largest industries in Florida, bringing in over 87 million visitors annually. The state's largest employer is Disney corporation's theme parks, which are estimated to employ 45,000 residents. Another media and entertainment giant, Universal, comes in second as a big employer, with its theme parks, Orlando resort, media production facilities and retail complex employing approximately 16,000. American Airlines, with its international hub in Miami, employs another 11,000.

The state is known for another more unusual crop: retirees moving down from colder places. Several of Florida's metropolitan areas include more than 20 percent retirees, but one county near Orlando is nearly 53 percent retirees (over age 65). Credit for that area's (Sumter County) population growth goes to the 32-square mile planned retirement community called The Villages, which houses nearly 115,000 people over age 55 around golf courses and small community centers. The population there has doubled since 2010 and continues to grow.

Median household income in Florida is $47,212 but the poverty rate, as reported by the U.S. Census Bureau, is over 15 percent. Over 86 percent of the adult population has a high school diploma, and more than 26 percent has a college degree. Almost 20 percent of the residents were born abroad, and almost 28 percent speak a language other than English at home.

European settlers arrived in 1513 when Spaniard Ponce de Leon set foot on Florida, the first non-native to arrive in the New Country. The first permanent settlement wasn't established for another 50 years, in 1565, near St. Augustine. However, native groups including the Apalachee , Timucua , Ais, Tocobaga, Calusa and the Tequesta were already inhabiting the area. The Spanish sought to convert them to Christianity.

Spain traded Florida to the British in exchange for Havana, Cuba in 1763, but the land was returned to Spanish control by the Treaty of Paris at the end of the Revolutionary War in 1783. Yet settlers moved south from the Carolinas without regard for Spanish rule, and raids into Florida to recover escaped slaves further eroded Spanish rule in 1817-1818. Andrew Jackson lead the First Seminole War during that period, seeking to control the growing communities there that Spain couldn't control. The Second Seminole War began in 1835 when Natives raided a military party traveling between forts. It ended seven years later with the forced exile of Seminoles from the area, which became a state in 1845.

The high number of retirees in Florida means there is a great demand for probate records, which are the official decisions of courts that determine how a deceased person's property and assets are to be divided. The process begins when an individual files his will with the local county clerk, an official copy that has been signed and witnessed by two or more people not named as heirs.

Not every person's estate goes through the probate process. If an individual does not leave a will or has assets or property held solely in his name with no co-owner or clear process for transferring its ownership, it is likely to be probated. Also, those that meet a certain standard of value are more likely to be adjudicated, but those that are disputed by heirs will likely enter the legal process to ensure fairness in distribution of any assets. If the will of the deceased person was formally prepared and signed, complications are less likely. The probate process begins when a death certificate is filed with the local court. Wills filed with local officials are not available to the public until after the probate process has concluded.

The first steps in settling an estate is having assets appraised, and addressing claims of creditors. The estate administrator handles these issues, and the process often takes six months to clear claims against the estate (unpaid taxes, etc) before assets can be sold or distributed to heirs. The administrator's records are filed with the court (probate) where they may be viewed by the public. Many records are searchable online through the county clerk's office website in the county where the individual's estate was processed, or through RecordsFinder.com.

Official death certificates may be obtained in Florida if the death took place in Florida. Those eligible to obtain death certificates are immediate family members or legal representatives. Contact the Department of Health in the county where the individual died for more information.

Birth records may be requested through the Florida Department of Health Bureau of Vital Statistics, but access to official documents is limited: the applicant making the request must named on the birth certificate (whether the child, the parent, a legal guardian) or legal representative of the individual named on the birth certificate. Records over 100 years old are open to the public. Birth and other Florida vital records can be found on RecordsFinder.com

The Florida Department of Corrections offers a comprehensive website for searching the status of inmates and even allows for victim notification of the offender's. Also, you can look up Florida jail details through Florida Inmate Search Tool. Court documents may be found through court clerks' offices by county. Many Florida criminal public records of offenses may be found this way, but to search multiple county records by name, check RecordsFinder.com.