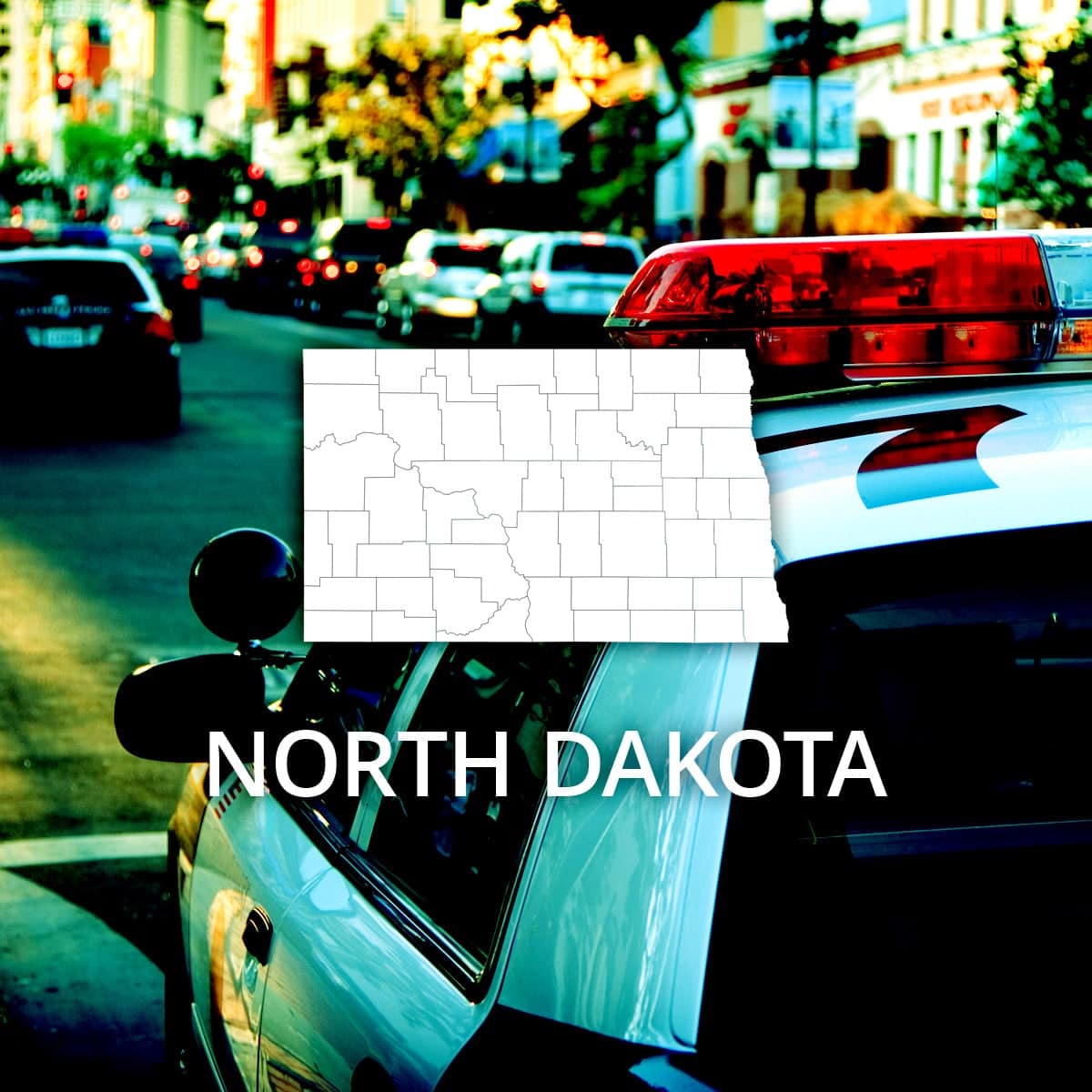 The North Dakota State Highway Patrol is the statewide law enforcement agency for this state. Legislators drafted the organization of the patrol in 1935, and in 1936 the first five patrolmen enforced North Dakota laws as the Highway Police. In 1967 the powers of the patrol were expanded to enforce all laws in the state, instead of just those regarding the highways. The patrol was later charged with the responsibility of protecting the state's capitol, and reports directly to the governor.

In addition to the North Dakota Highway Patrol, other divisions and state agencies help to enforce laws and investigate crimes in the state: Bureau of Criminal Investigation; Consumer Protection and Anti-Trust; Gaming; Fire Marshal's Office; and Crime Laboratory Division.

North Dakota's Bureau of Criminal Investigation maintains criminal records and police records for the state. It also communicates with federal agencies in cases that cross state lines, and aids local, state and city police and troopers while investigating crimes in their areas, analyzing evidence and missing persons cases.

North Dakota's Consumer Protection Division allows the public to file consumer complaints and educates them on their rights. It also maintains the Do Not Call registry, investigates cases of identity theft and warns the public of current and common scams.

The North Dakota Attorney General's Office will provide information regarding police and criminal records in a person's past with their written permission. A search may be conducted using a name or fingerprints. If a written consent does not accompany the request, the subject of the search will be notified that their records were requested and released. Name searches are not as reliable as fingerprint searches.