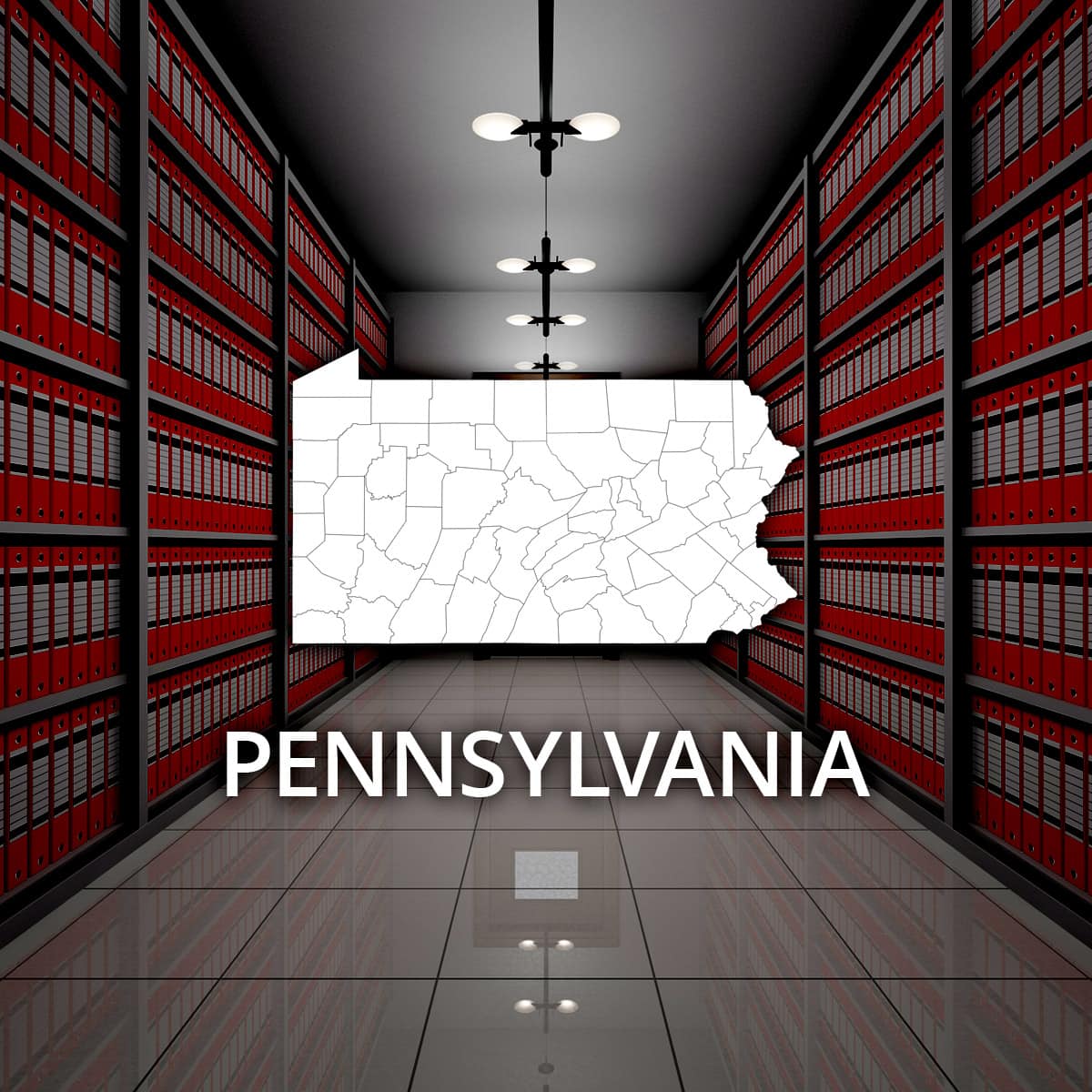 Pennsylvania is familiar to those interested in the American Revolution, the industrial revolution, and football fans, but bookstores, mushrooms and Little League all figure in to the state's modern identity.

Known as the Keystone State because it was one of the original thirteen colonies, the state's a manufacturing powerhouse, making Pennsylvania's economy is 6th in the nation and 18th in the world.

At 46,000 square miles, the state's population of 12.8 million is concentrated around metropolitan centers like Philadelphia, Pittsburgh, Erie, and Allentown, leaving much of the interior as rural farmland.

The area was occupied by Lenni Lenape, Delaware, Susquahannock, Iroquois, Shawnee, and other Native Americans prior to European settlement. In 1681 English King Charles II gave William Penn a large land grant here, away from the Delaware River that had been the source of Dutch-English disputes. Penn founded the colony with representational government and religious freedom, making a peace treaty with Natives as well. Yet settlers in Pennsylvania fought with Natives continually until after the American Revolution: the Natives fought alongside French for control of outlying colonies in the French and Indian War, waged war again with Pontiac's Rebellion that sought to drive European colonists out of Ohio, and were finally subjugated after the Battle of Bushy Run. The American government had made a law keeping settlers out of the Northwest Territory of Ohio but it didn't last. By 1787 the government created rules for future settlement of the area.

During the American Revolution, the city of Philadelphia was the seat of the first and second Continental Congresses, where the Declaration of Independence and Articles of Confederation were drafted and signed. Pennsylvania's native son Benjamin Franklin played a major role in shaping the future government of the United States. Franklin served as governor of Pennsylvania and later postmaster. Battles of the Revolution took place in Pennsylvania, including in Brandywine, where a smaller force of 17,000 British flanked and defeated 20,000 Americans under George Washington, killing around 1,200 men and taking several hundred prisoner. Just a few days later the same forces met at Whitehouse Tavern, also called Battle of the Clouds, where a rainstorm soaked ammunition and caused Washington's forces to retreat. That winter, in 1777-78, Washington's army camped at Valley Forge near Philadelphia, where they froze and starved, many dying of disease.

Pennsylvanians were not completely cooperative with the new American government; many fought taxation by participating in the 1790 Whiskey Rebellion, including attacking tax collectors. In 1794 President Washington arrived in Western Pennsylvania with troops to put down the uprising, the only time a sitting president commanded troops in battle. The government forces convinced the rebellion to be quelled, but still had difficulty collecting whiskey taxes; in 1801 the new Jefferson administration did away with the tax completely.

The state capital did not move to Harrisburg until 1812; it was previously located in Philadelphia and Lancaster. The War of 1812 saw native Pennsylvanian Oliver Hazard Perry made a hero for amassing a fleet of ships that defeated the British at Erie.

During the period before the Civil War, from 1820-1860, Pennsylvania flourished as an agricultural hub, with businesses springing up to supply new machinery to make farming processes more efficient.

The state entered the Civil War on the side of the Union but was somewhat divided; Lincoln barely drew enough votes to win the state's Electoral College votes in 1864. Confederate troops raided Pennsylvania frequently,including burning the town of Chambersburg. At the decisive Battle of Gettysburg on July 1, 1863, Confederate General Robert E. Lee sought to defeat the Union Army and move on to Harrisburg or Philadelphia and capture the state. However, Union held back Pickett's Charge at Cemetery Ridge, forcing Lee to retreat to Virginia. More than 45,000 casualties were counted on both sides, but the Confederate defeat was a turning point in the war.

The period that followed the war centered on the state's growth as a steel mill and manufacturing hub; the two world wars demanded heavy output that drove the state's economy and immigrants helped to fill the ranks of needed workers. Today the steel mills are either silent or have been turned into a giant casino, and the largest employer in the state is the Philadelphia international airport, with nearly 100,000 workers. Nine of the state's top 11 employers are healthcare-related businesses, together employing another 100,000 residents. Penn State University and University of Pittsburgh each employ about 20,000.

About 12.8 million people live here, and the population is more than 82 percent Caucasian; 4 percent is Asian and 10 percent is African-American. The median household income is $53,000. About 89 percent of adults hold a high school diploma and 28 percent have a college degree, according to the U.S. Census.

Pennsylvania State Police administer an online system for criminal history checks used by employers and volunteer coordinators. It may also be used by individuals (for a fee) but the information required includes full name, birthdate, and social security number. The state also keeps a searchable database of sex offenders. You can search for similar information through RecordsFinder.com's PA criminal records.

Birth certificates may be ordered through the state Department of Health website. The state does not allow individuals to receive a birth certificate unless he or she is named on the certificate as the child, parent, or legal representative. Marriage and divorce documents are available at county courthouses (generally the county where the individual lived) but restrictions on releasing documents may apply.
However, Recordsfinder.com may compile search results of Pennsylvania vital records as well.

Many court proceedings can be searched on the website of the unified court system, including traffic violations and arrests. For probate records that trace the property and heirs of the deceased, find the wills and orphans division of the county court where the individual lived. Many courthouses have documents online or allow individuals to search by name for the existence of documents, which then must be requested through the court clerk's office.