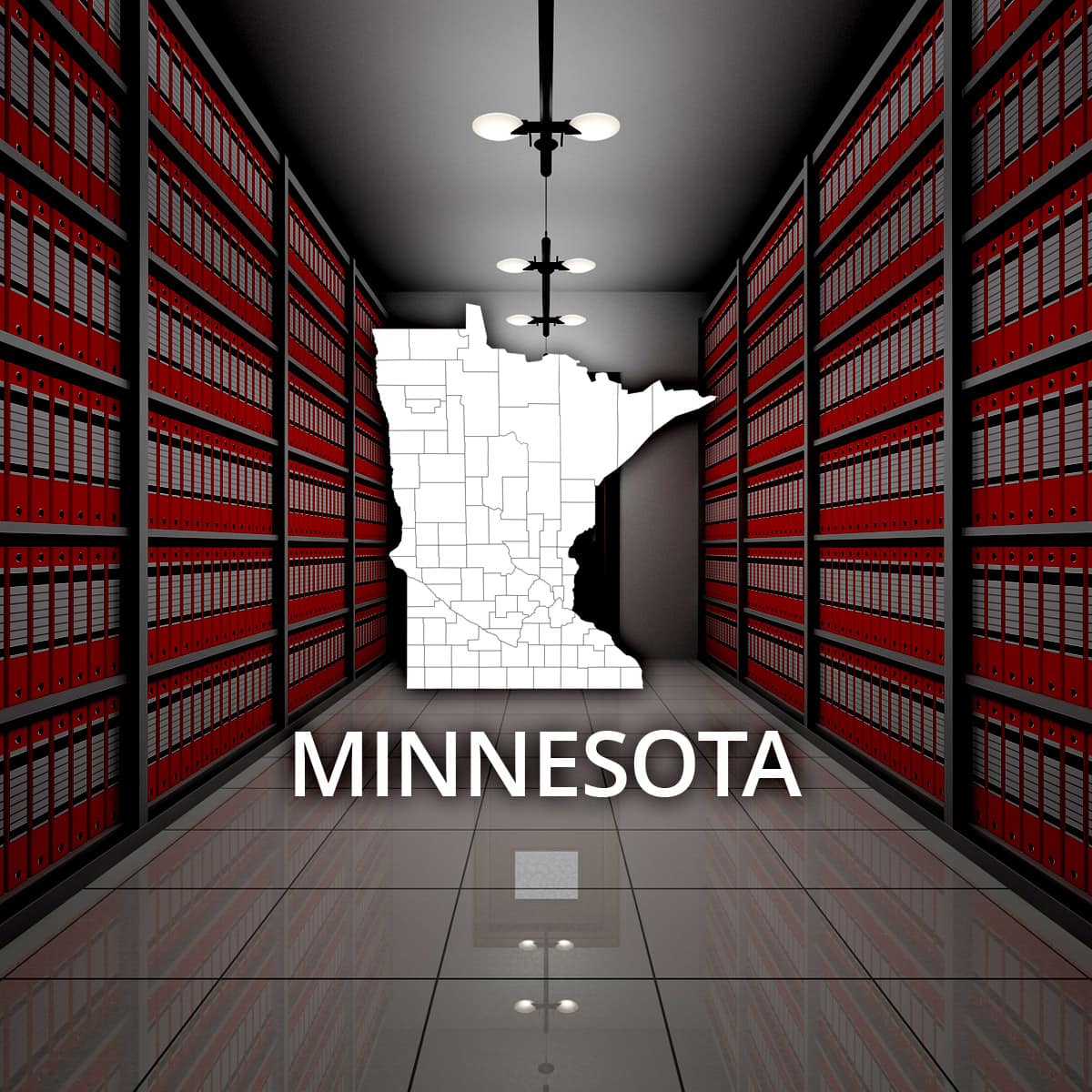 Minnesota is known as the "Land of 10,000 Lakes" but in fact the state has more than 11,000 lakes – as well as 6,500 rivers and streams, including the headwaters of the Mississippi River. Residents allegedly own more recreational watercraft than any others in the country.

Prior to European colonization the area of Minnesota was populated by Dakota Indians called Dakota Sioux. As the Americas were colonized, the Objibwa tribe was pushed into Minnesota from Michigan and other lands to the east. The area's combination of vast prairies in the west, the Iron Range mountains to the north, and deep forests in the east provided habitat for a variety of game animals and rich soil for farming.

The first Europeans to arrive in Minnesota were French fur traders, who sought pelts along the state's many waterways. The territory was part of French Louisiana starting in 1762. The half east of the Mississippi became part of the United States following the American Revolution, and the part west of the Mississippi became part of the U.S. with the Louisiana Purchase. It was the 32nd state to join the Union, in 1858.

Settlers, primarily from New England, moved in to start a timber industry and begin clearing land for farms. The state is now third in the nation for hog production, although corn and soybeans top hogs in the state's annual output. There are 26 million acres of land in farming, with farms averaging 349 acres. The state is third in the country for both corn and hog production.

Minneapolis-St. Paul is a metropolitan area where 60 percent of the state's 5.5 million residents are clustered. Population is scarce in the remainder of the state's 87,000 square miles, but the average is 67 people per square mile.

To counter the climate and long, cold winters, Minnesota has developed 5 miles of linked tunnels in the downtown area of the Twin Cities so that people can spend less time walking outside. The Mall of America, in Bloomington, is 9.5 million square feet, the largest retail outlet anywhere.

About 7.5 percent of Minnesota residents are foreign-born. Caucasians comprise 85 percent of the population, while African Americans are 6 percent and Latinos are 5 percent. More than 10 percent speak a language other than English at home, according to the U.S. Census.

The median household income in Minnesota is much higher than the national average, at more than $60,000. Over 92 percent of adults have a high school diploma, and more than 33 percent have a college degree.

Half of the state's top 8 employers are health care services, which falls in line with the national average (health care services now comprise 9 percent of all jobs). The famous Mayo Clinic is Minnesota's top employer, with almost 42,000 employees; the state of Minnesota and federal government hold the next two spots, with about 71,000 employees; Target department store, Allina Health System, and University of Minnesota each employ about 26,000 people.

St. Paul reported 2,200 violent crimes and 14 murders and non-negligent homicides as well as 1,200 aggravated assaults among its almost 300,000 residents in 2014. Minneapolis almost doubled those numbers for its nearly 400,000 residents: there were over 4,000 violent crimes, 36 murders and non-negligent homicides, and about 1,700 aggravated assaults in the same period. Yet the city of Bemidji was named the most dangerous place in Minnesota because its nearly 14,000 residents reported 44 violent crimes, no homicides, and 28 aggravated assaults in 2014. One source names Bemidji, Virginia, and Brainerd as more crime-ridden than the Twin Cities due to their small populations and relatively high numbers of crimes although none had murders or non-negligent homicides.

The Minnesota Judicial Branch allows easy access to some court records on the internet via http://pa.courts.state.mn.us/default.aspx, including probate, family, traffic, and criminal court proceedings, but a case number is required for the search.

The state Bureau of Criminal Apprehension allows searches of individuals' MN criminal reciords using minimal name information. These records do not include juvenile offenses, or arrests that did not result in convictions. Similar results may be obtained by searching recordsfinder.com.

Certified copies of birth records may be ordered online from the Minnesota Department of Health so long as the person making the request is the person named on the certificate or one of the parents or a legal representative. Non-certified copies (civil registration of birth) are also available without the same restrictions but may not be used for identification. Birth certificates of children born to unwed parents are considered confidential unless the mother has deemed them available to the public.

Death records are available to the public but only those since 1997 have been recorded electronically and are available to order from the Minnesota Department of Vital Statistics. Certified copies are available to people who meet certain criteria: a direct relative, an heir with proper documentation, a health department official, or a legal representative. For records prior to 1997, inquire at the local office (county clerk) where the person resided.

Minnesota vital records can be also accessed online by performing a search through RecordsFinder's database.

Probate records are the paper trail of a person's assets and heirs following a death. These records include wills, property deeds, and debts. Records are generally found in the county courthouse where the person lived or in the county where he owned property.