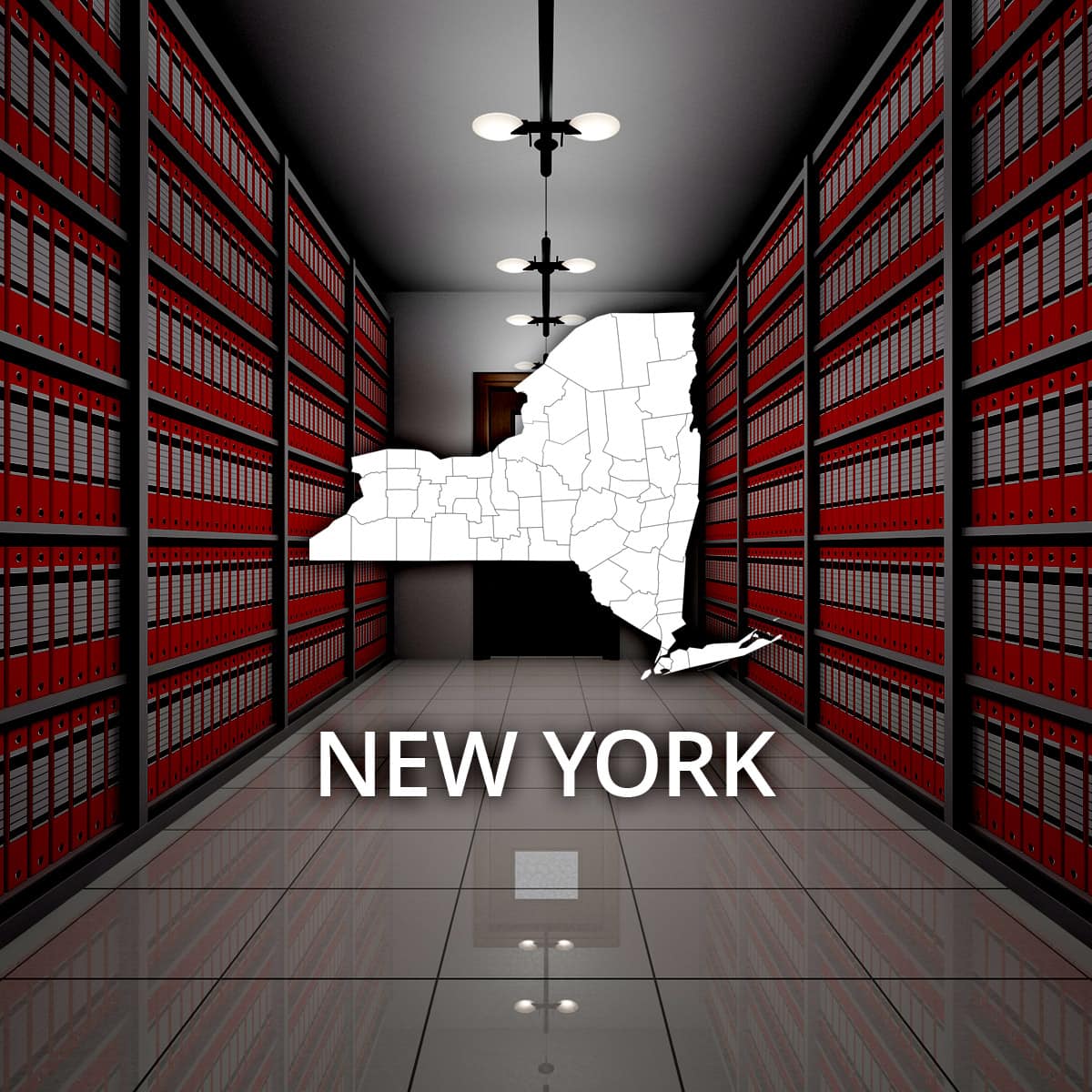 The Big Apple, New York City, contains nearly 40 percent of the 54,500-square mile Empire State's population of 19.8 million people. Both the city and the state contain great diversity in people and in geography.

History focuses on the founding of the massive city of New York but the enclave of Fort Nassau, near the present state capital of Albany, actually came first. Dutch explorer Henry Hudson settled here in 1614 at the confluence of the Mohawk and Hudson rivers, and New Amsterdam, today's Manhattan, was established later, around 1625.

The Iroquois, Mohawk, and Oneida Native Americans who predated European settlers aided the French in the war against early colonists to New England in the Lake Champlain area of northern New York. During the American Revolution, the Iroquois fought on the side of the British, hoping to win a sovereign nation. At the end of the war in 1779, the Sullivan Expedition, with the aid of many Mohawks, wiped out at least 50 Iroquois villages, forcing the population to move north to British-held territory on the Niagara.

More than a quarter of all battles of the American Revolution took place in New York. The longest battle of the war, on Long Island, took place in August 1776 and was known as the Battle of Brooklyn. The victorious British then established New York as their base for the rest of the war. But by 1777 the Americans captured a large portion of British forces at the Battle of Saratoga (NY), helping to turn the tide of victory. Evacuation Day, the anniversary of the 1783 British departure from New York, is still celebrated.

New York was the nation's capital following the war, and native son Alexander Hamilton was a major influence, leading the Annapolis Convention and helping to draft the U.S. Constitution. Hamilton was a strong advocate of a powerful federal body rather than a confederation of states as the structure of government, which he expressed in persuasive newspaper articles (called the Federalist Papers). After the Constitution passed Hamilton had a role in strengthening the American financial system, which is why New York (and Wall Street) became the epicenter of American finances.

In 1817 construction began on the Erie Canal, which would by 1825 link the Hudson River to the Great Lakes, allowing goods and materials to be exchanged with Midwestern states. The canal's construction also boosted farms and manufacturing throughout New York, including aiding the growth of cities like Rochester and Buffalo.

The bustling city of New York, one of the country's major sea ports, drew an outsized portion of immigrants to the country. Prior to 1890 the issue of immigration was left to the individual states, so New York established a Board of Commissioners to regulate the issue in 1847. Castle Garden, now Battery Park, was established as the port for immigration until 1890 when the federal government decided Ellis Island in New York Harbor would be the central entry point for all immigrants. It was used from 1892 to 1924, when limits were set. After 1924 Ellis Island received only war refugees and displaced peoples until it was closed in 1954. During the period 1892-1954 at least 12 million immigrants entered the country through Ellis Island.

True to the state's immigrant origins, nearly 30 percent of current residents report speaking a language other than English at home. The variety of languages spoken include French Creole, Spanish, Polish, and Russian.

The median household income in New York is $58,000, according to U.S. Census figures. About 85 percent of adults have a high school diploma, and 34 percent hold college degrees. The state education system reportedly spends more per pupil than any other state, and its State University of New York (SUNY) college system includes 64 community colleges, technical schools, and universities. The private Vassar College in Poughkeepsie was founded by a brewer in 1861.

The state's largest employers are a combination of healthcare companies, high tech, and financial services. With 37,000 employees, the North Shore-LIJ Health System is the largest, followed by Walmart, JP Morgan Chase, Wegman's and Verizon, each with about 26,000 employees. The University of Rochester medical center and Presbyterian Hospital each are in the top 10 employers with around 20,000 employees apiece.

Criminal records are not available to the general public. A person may check his own record, but only registered employers and agencies may look up another person's records. To that end, anyone may search for records of people who have been convicted of a crime but records may be retired after the sentence has been served. A RecordsFinder.com New York criminal records search may produce similar results.

The state sex offender registry lists all Level 2 and Level 1 sex offenders with photos. Residents may search the database by name or location to find out if there's a sex offender in their area or near a school.

For death certificates within the City of New York, only certain "interested parties" may receive copies, including family members and funeral directors. Similar rules apply for marriage certificates, as only specific individuals may request a copy. Marriage licenses obtained in New York city may be obtained by any member of the public if the event took place more than 50 years ago. If the marriage took place within the past 50 years, a certificate can be provided to any person who has written, notarized permission from one of the people named on the certificate. Marriage certificates for unions that took place within the state of New York but not in New York City itself may only be obtained by one of the persons named on the document.
Although, New York vital records may be searched on RecordsFinder's database by name and surname as well.

In order to find records of probate, which include wills, guardianships, heirs, and property disbursement after the death of an individual, one must first determine which state Surrogacy Court to contact. Find the proper courthouse (generally where the deceased lived or owned property).