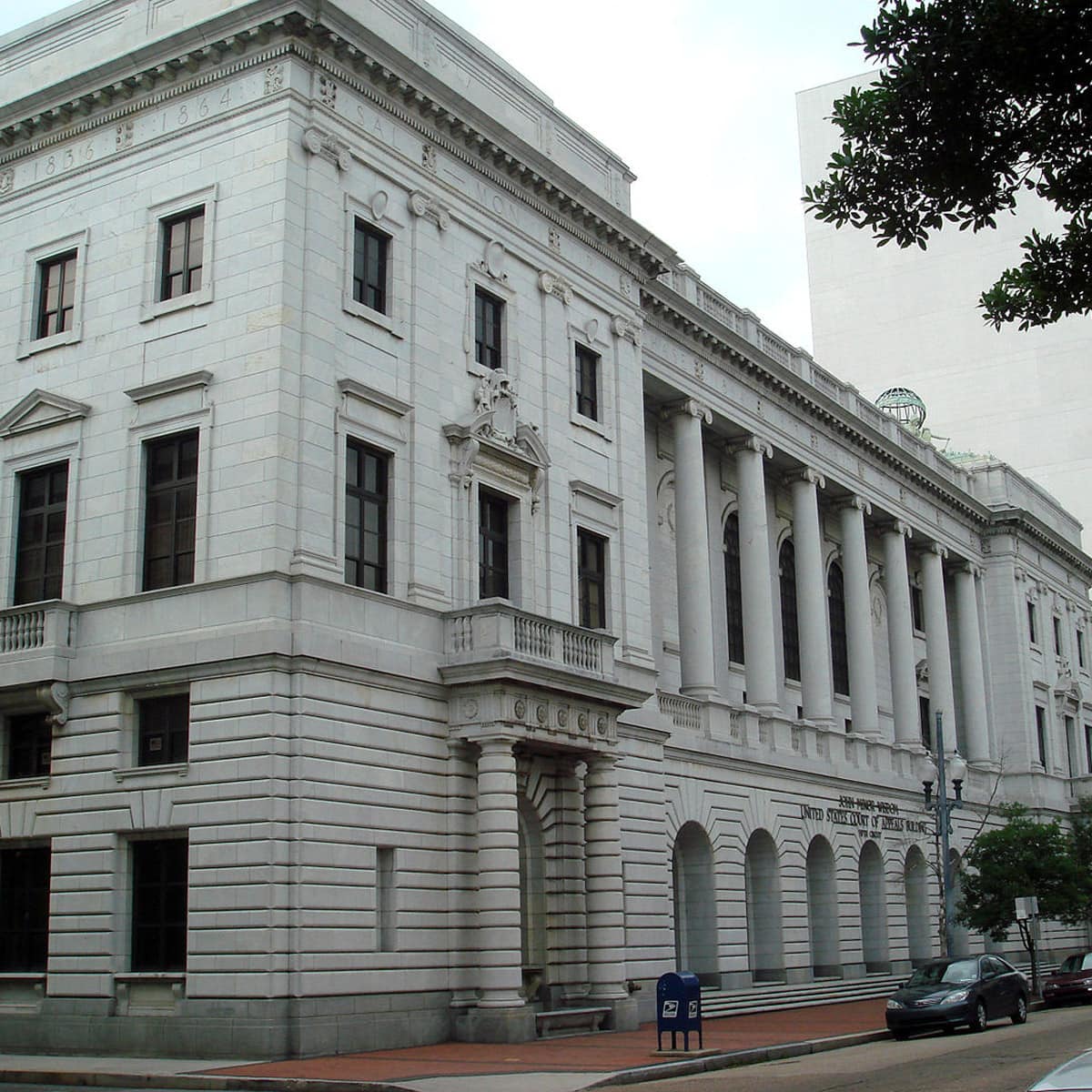 The 5th Circuit Court of Appeals is an appellate court at the federal level that is subordinate to the U.S. Supreme Court. The court was created in 1891 and is based in New Orleans, Louisiana. In 1981 the size of the court was reduced by breaking off Alabama, Georgia, and Florida’s districts into a new 11th Circuit court of appeals.

The 5th Circuit court derives its power from the U.S. Constitution as one of 12 regional and one special jurisdiction courts at this level. It rules over districts in Texas, Louisiana, and Mississippi. For about 40 years it also had jurisdiction in the Panama Canal Zone but that reverted to the government of Panama in the 1980s. The special Federal Circuit Court of Appeals has authority over trade, patents, and similar cases.

There are 17 judges occupying the 5th Circuit bench. At this level, judges render a decision without the benefit of a jury. These judges receive their authority from Title III of the U.S. Constitution. They are selected by the President and endorsed by Congress, taking their places on the bench for life terms. The terms of magistrate judges, who assist the circuit judges, vary.

At the federal level the circuit or appellate courts have jurisdiction over the 94 U.S. District Courts that are within their regions. The 5th Circuit has nine such U.S. district courts, three in Louisiana, two in Mississippi and four in Texas. Cases that are decided by one of the federal district courts and appealed to the 5th Circuit may be reviewed by the U.S. Supreme Court if justices seek it out or if a successful petitions to the Supreme Court results in a review the circuit court’s decision. Currently the Supreme Court gets about four percent of its caseload from the 5th Circuit.

Civil and criminal cases are both heard at this level, including felony charges, those with high financial penalties attached, or cases like class action suits that cross state lines. Jury trials may be waived with the agreement of litigants, allowing a judge to have the final say. Disputed judgements may be appealed to the presiding circuit court.

In the past several years, the 5th Circuit Court has averaged 7,500 new cases a year, with 4,500 held over from year to year. Recent figures show the Supreme Court reviewing nine of the 5th Circuit’s decisions and reversing more than half, but it is common for an appellate court’s decisions to be overturned by the Supreme Court 50 percent of the time.

In the 1960s when the 5th Circuit court was comprised of Southern states from Georgia to Texas it was known as a trail blazing body that upheld civil rights. That legacy was revisited in 2014 when a restrictive voter I.D. law promulgated in Texas was struck down by 5th Circuit judges. Legislators had argued that requiring specific types of identification would thwart vote fraud but the Department of Justice and NAACP Legal Defense and Education Fund successfully argued that the law discriminated against racial minorities who were less likely to hold the specified types of identification.

In a widely-watched decision, the U.S. Supreme Court reversed the 5th Circuit’s ruling on access to abortion in June 2016. Texas legislators had passed a law requiring clinics performing abortions to meet hospital-like standards in building codes and admitting privileges to nearby hospitals. While a district court said the laws were unconstitutional the 5thCircuit sided with legislators to uphold the restrictive limits. Ultimately the Supreme Court decided that the regulations were simply barriers meant to prevent women from accessing abortion services and did not enhance medical safety standards.