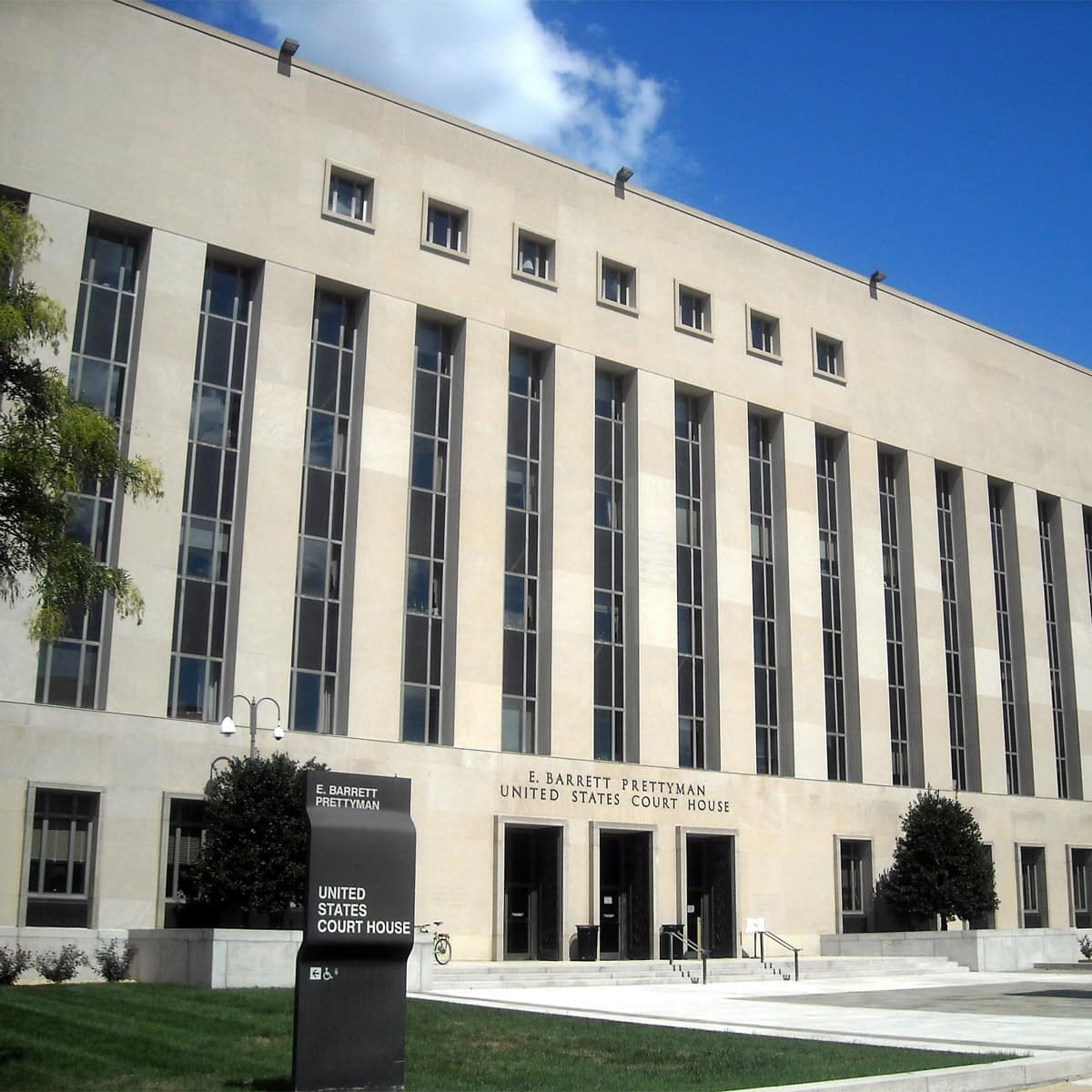 The D.C. Circuit is a unique federal -level court of appeals based in Washington, D.C. There are 11 judges assigned to the court. Despite other courts growing in size, the number of judgeships on this court was reduced from 12 to 11 in 2008.

The D.C. Circuit is a regional federal appeals court that is beneath the U.S. Supreme Court in the judicial branch of government. In addition to the 12 regional appellate courts to which it belongs there is one Federal Circuit Court of Appeals that hears certain cases involving trade, patents, and similar issues. As they derive their authority from the Constitution, federal judges are designated Title III; they are named by the President, their appointments ratified by Congress and judges may sit on the court for life. Magistrate judges assist the circuit judges but their terms may vary.

At the federal level the circuit or appellate courts have jurisdiction over the 94 U.S. District Courts that are within their regions. In the D.C. Circuit the jurisdiction is not only civil and criminal matters from the local district but oversight of rulemaking of many government agencies. As a result of this unique jurisdiction it is considered second only to the U.S. Supreme Court in its power.

In federal appeals courts, judges hear cases and render decisions as the jury system is not used. In this particular court, an appointment to a judgeship may mean the individual is headed to a seat on the Supreme Court, as history shows many have served here on their way to an appointment to the Supreme Court, including current Supreme Court justices Clarence Thomas, John Roberts, Ruth Bader Ginsburg, and Elena Kagan. The current Chief Judge of the court, Merrick Garland, was appointed by President Barack Obama but Congress refused to approve him, citing Obama’s short time left in office.

Cases heard in federal district court are both civil and criminal, whether deciding guilt or innocence on felony charges, those in which penalties exceed $75,000, or "diversity" cases involving residents from more than one state or country (such as class action lawsuits). A local "rule" requires civil litigants to attempt to resolve their dispute through mediation prior to going to trial. Litigants may also decide to waive a jury trial and have the case decided solely by a judge. If a party disagrees with a district court decision he may appeal it to the circuit court with jurisdiction.

Cases that are decided by one of the federal district courts and appealed to the D.C. Circuit may go to the U.S. Supreme Court if the Supreme Court justices seek it out or if a party to the case successfully petitions the Supreme Court to review the circuit court’s decision.

Statistics show that the Supreme Court receives a small portion of its caseload from the D.C. Circuit, recently taking four cases to review and reversing half, not an uncommon occurrence among U.S. District courts. In the last five years the D.C. Circuit has begun each session with about 1,350 cases on its docket and nearly 1,100 more are filed each year. Of those, nearly 1,000 are terminated and each judge writes about 50 decisions per year.

A resident of the District of Columbia who in 2008 successfully challenged the court on Second Amendment rights to bear arms in 2014 got the court to step back from several gun registration requirements. The City of Washington D.C. had Implemented new requirements for citizens who owned long guns (shotguns, rifles, etc.) to register the weapons, be fingerprinted, and re-register the guns every three years, among other things. Heller objected, saying the requirements did not make the city more safe, and the D.C. Court of Appeals agreed, striking several of the city’s requirements but upholding almost half, including completing a safety and training course.

In the ongoing battle of Internet Service Providers over net neutrality, the D.C. Circuit Court handed the corporations a victory in early 2014. The Federal Communications Commission had attempted to implement regulations that would categorize Internet providers as utilities, known as "common carriers" and require service providers to offer an "open platform" and "freedom to innovate" without undue restrictions. A big part of the controversy leading up to the case was the corporation’s ability to give some consumers high speed access and others a slower connection, particularly those downloading large amounts of data from Netflix or BitTorrent. Verizon and others objected, saying the regulations abridged their First Amendment rights of freedom of speech. The court agreed with the corporations, saying the FCC did not have the authority to enforce the regulations known as OIO or "Open Internet Order" thus striking down Net Neutrality. The FCC rallied later the same year to implement net neutrality rules which the D.C. Circuit Court upheld in June 2016.