Court of Appeals for the Fourth Circuit 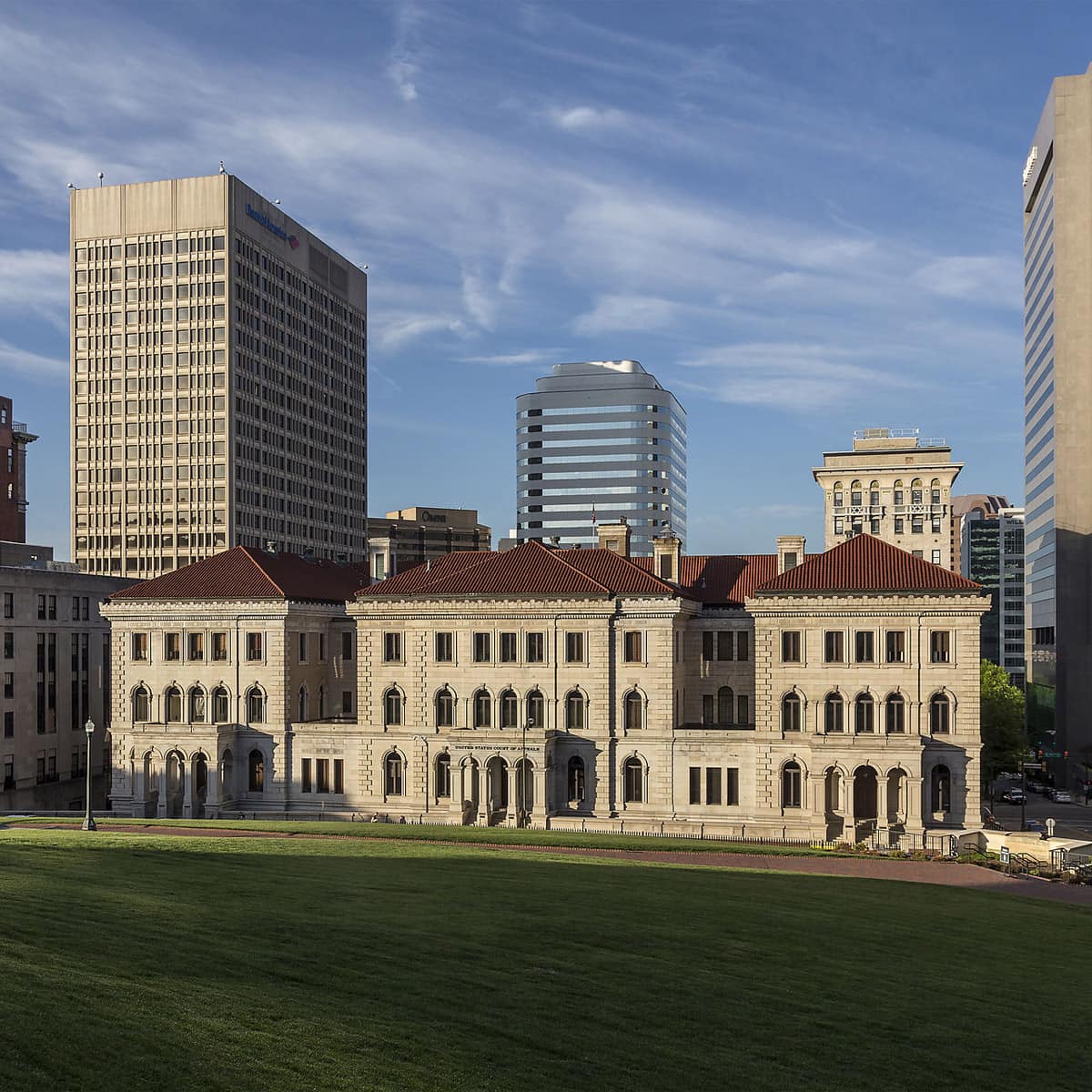 The 4th Circuit Court of Appeals is an appeals court at the federal level that sits below the U.S. Supreme Court in the American judicial hierarchy. The court is seated in Richmond, Virginia.

There are a dozen regional and one special federal appeals courts of which the 4th Circuit is part. It has jurisdiction over nine districts in North Carolina and South Carolina, Virginia and West Virginia, and Maryland. The special Federal Circuit Court of Appeals hears cases involving trade, patents, and similar issues.

There are 15 judges on the 4th Circuit bench; at this level, judges alone hear cases and hand down decisions without using a jury. The judges’ positions were created by Title III of the Constitution. The President selects judges for these seats, and once approved by Congress they may occupy their positions on the court for life. Magistrate judges assist circuit judges.

At the federal level the circuit or appellate courts have jurisdiction over the 94 U.S. District Courts that are within their regions. The 4th Circuit has authority over nine district court regions including one in Maryland, three in North Carolina, one in South Carolina, two in Virginia and two in West Virginia. Cases that are appealed to the 4th Circuit may go to the U.S. Supreme Court if the Supreme Court justices seek it out or if a party to the case successfully petitions the Supreme Court to review the circuit court’s decision.

Felonies, civil and criminal cases, and cases with potential penalties of $75,000 or above are the purview of the 4th Circuit, as are cases involving people from multiple states. A jury trial is optional as and cases may be decided solely by a judge with the agreement of both parties.

Several years of caseload statistics for the 4th Circuit Court reveal that at least 4,700 cases are filed in that jurisdiction annually. Of that some 2,500 are held over to the next year and approximately 5,000 terminated for a variety of reasons. Judges do more than hear cases: each writes about 230 decisions per session. Recently the Supreme Court reviewed six of the 4th Circuit’s judgements and reversed half, a common situation for an appellate court.

The issue of police use of force was addressed by the 4th Circuit Court in a 2016 decision about a mentally ill man who was approached by police in 2011. Apparently police who were sent to take the man to a mental health facility couldn’t persuade him to let go of a street sign so they used a taser on him, which contributed to his death. The 4th Circuit ruled that use of a taser on a person who is not a threat to police violates the 4th Amendment prohibition against unreasonable searches and seizures. The decision, called a “rule,” applies to the districts within the 4th Circuit’s jurisdiction, prompting police departments to tighten policies on the use of nonlethal weapons by officers.

Schools that receive federal funding cannot discriminate against students based on gender, the 4th Circuit Court ruled in 2016. The controversial decision was a boost to transgender rights which had been under fire when student Gavin Grimm, who was born female, sued his school district for the right to use bathrooms designated for males. The decision was made around the same time that the North Carolina governor filed a bill to restrict bathroom use to a person’s biological identity, which created much controversy across the country, stoked by LGBT rights activists.