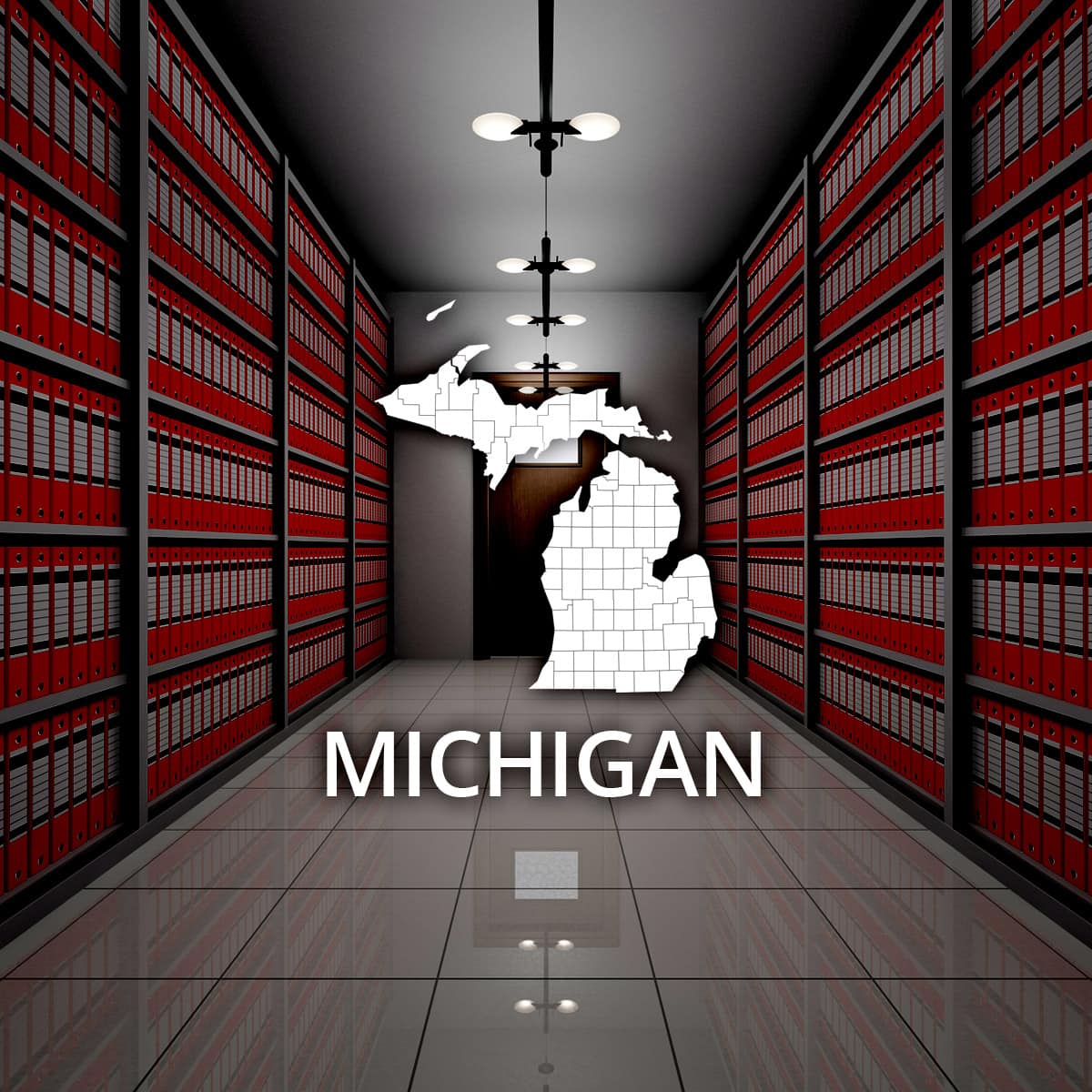 Despite its northern latitude, Michigan is known as a hotspot for recreational boating due to its unique location, surrounded by the Great Lakes. In fact, the name Michigan is derived from a Native American word for "big water." It has the longest freshwater shoreline of any state – and most countries.

Due to its proximity to France's colonies in what is now Canada, Michigan began as a French holding, populated by trappers and Native Americans. When France lost to Britain in the French and Indian Wars, Michigan became part of the British colonies. It didn't become known as Michigan (Territory) until 1805. A major battle of the War of 1812, called the River Raisin Massacre, took place when Americans tried to retake Detroit, resulting in a large loss of life.

In modern history, Michigan has been synonymous with automobile manufacturing as it was the home of Ford Motor Company in Highland Park. In 1896 the first gasoline powered cars were tested in Detroit. The first Model T (Ford) was produced here in 1906. Engineers who worked at auto manufacturers included Olds, Buick, and others who improved components of motor vehicles and developed the manufacturing process. Refinements and consolidation shrank the industry from over 170 individual manufacturers to around 70, particularly during the Depression.

Motown Records was founded in Detroit in 1957, bringing the iconic sounds of Stevie Wonder, Diana Ross, The Four Tops, The Jackson Five, Gladys Knight and the Pips, and Marvin Gaye to the country. Founder Berry Gordy turned his experience on the Lincoln-Mercury automobile manufacturing assembly line into a "quality controlled" business turning out hit records for decades and defining an era of American music.

Two of the state's five largest employers are state agencies: the Michigan State University and the State of Michigan with about 34,000 employees. Two of the five largest employers are health care related: Spectrum Health Systems in Grand Rapids and McLaren Health Care Corp in Flint, each with at least 16,000 employees. The only large employer that is a manufacturing business is General Motors, based in Detroit, which employs 14,239.

The median household income is $49,000, and median gross rent is $780, according to U.S. Census figures. Almost 90 percent of adults have a high school diploma, and about 26 percent have a college degree. Whites constitute 80 percent of the population, and African-Americans are 14 percent, with Asians making up 4 percent.

Michigan's population is currently about 9.9 million residents but that's only a fractional increase (0.4 percent) over the last five years. In the early 2000's, Michigan lost many residents when jobs declined, particularly in the automobile manufacturing industry. From 2002-2005, the state lost about 3 percent of all jobs, and the auto industry lost 61,000 jobs, or 16 percent of the industry's workforce. The low point in population and job loss was in 2011, which coincided with a period of decline in auto sales across the country – in 2009 a combination of high gas prices and the national recession resulted in a 40 percent decline in auto sales.

In 2013, the city of Detroit declared bankruptcy, the largest city to do so, after a budget shortfall of over $150 million. The city had declined significantly, losing almost a million residents in 60 years and becoming a city of empty buildings. Plans were floated to raze huge swaths of abandoned buildings and rebuild the city with giant parks.

The state offers a searchable database of criminal records for $10 per search (registration required). The person's full name and birth date are required for a successful search. Results on this website are limited to local convictions (Michigan only) and will not include juvenile offenses, which are considered confidential, misdemeanors, traffic violations, or federal records. You can conduct Recordsfinder.com's Michigan criminal records search to find out the same records easily and quickly.

A database of all registered sex offenders is available from the Michigan State Police. This allows residents to search by address as well as to register for notifications of changes in a convicted sex offender's status.

Birth, death, and marriage/divorce records are kept by the Michigan Department of Health and Human Services. Certified copies of documents are restricted to those with a direct, documented relationship to the person named on the certificate, whether a parent, child, spouse, or legal representative. In addition, all applicable information (full name, birthdate, etc) are required to apply for a copy. These rules are in place to prevent document tampering and misuse (identity theft). Documents over 100 years old are unrestricted. The same records may be requested through the probate court in the county where the birth, death, marriage, and divorce were recorded or by searching Michigan vital records through online databases.

Probate records, including guardianships, trustees, wills and estates, are recorded at the county probate court where the persons lived. Much can be learned about heirs, deeds, and property owned through probate records. The Library of Michigan (archives) may hold historic records of interest as well. Contact the local probate court or county court clerk to learn more about records available through these offices.